As it turns out, many Astoria residents like being scared. On the first Tuesday of last month, the newly-formed group known as the Astoria Horror Club got cozy at local cafe, These Are The Good Old Days, and watched the horror flick Scream.

The new, niche club was founded by Astoria resident, Tom Herrmann, who has lived in the neighborhood for nine years and enjoys the spooky things in life.

“I’ve always loved anything spooky. I remember as a kid, we had this witch decoration for Halloween that would make noises as you walked by. It scared me so much, but I loved it,” Herrmann said. 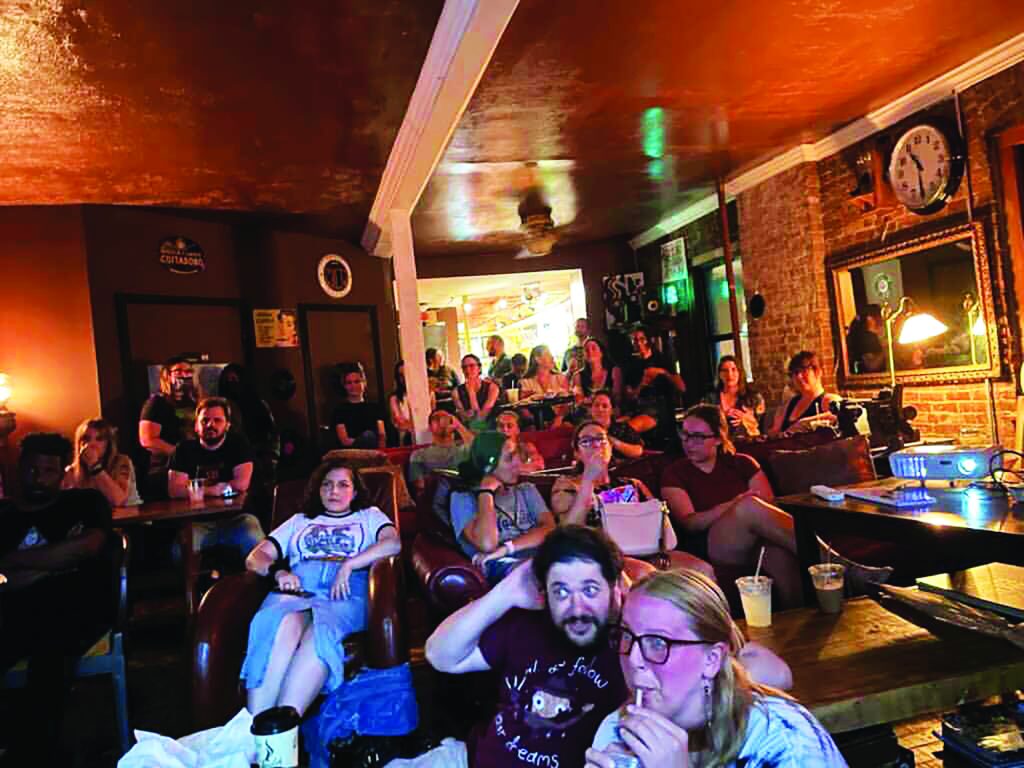 When Herrmann was seven-years-old, he sat down with his family and watched his first horror film.

“I really wanted to watch a scary movie and Scream was popular at the time. I remember sitting down and watching it with my family, and after that, I had to watch every scary movie. [It was like an avalanche],” Herrmann said.

The club’s leader started the group because some of his friends plan on moving out of the area and he wanted to find a way to “meet fun nerds who have odd interests.” This led to Herrmann posting on the Astoria Reddit this past June to see if there was any interest for a local horror club. Spoiler alert: there was.

At the first official Astoria Horror Club meeting, the homey cafe was fi

“All I want is to have a group of regulars and chat with people about this similar interest. I want to get strangers to talk to each other and experience making people happy,” Herrmann said.

Herrmann plans to hold meetings on the first and third Tuesday of every month at These Are The Good Old Days off Steinway. According to Herrmann, the cafe’s owner, Matt Archambault, welcomed him and the rest of the club with open arms. Ideally after each viewing, members will stay at the cafe and chat or congregate at a local bar to talk about that night’s film.

To keep up with the Astoria Horror Club, follow them on IG @astoriahorrorclub and @these_are_the_good_old_days.