Congratulations on another successful Pajama Drive in Astoria!

The tenth annual Astoria Pajama Drive was held on Thursday, November 7th at Monika’s Cafe-Bar, and was enjoyed by families and friends in the community alike!  Give Me Astoria helped co-host the evening, alongside Maria L. Delgado, Diane Kantzoglou, and Monika’s Café-Bar. 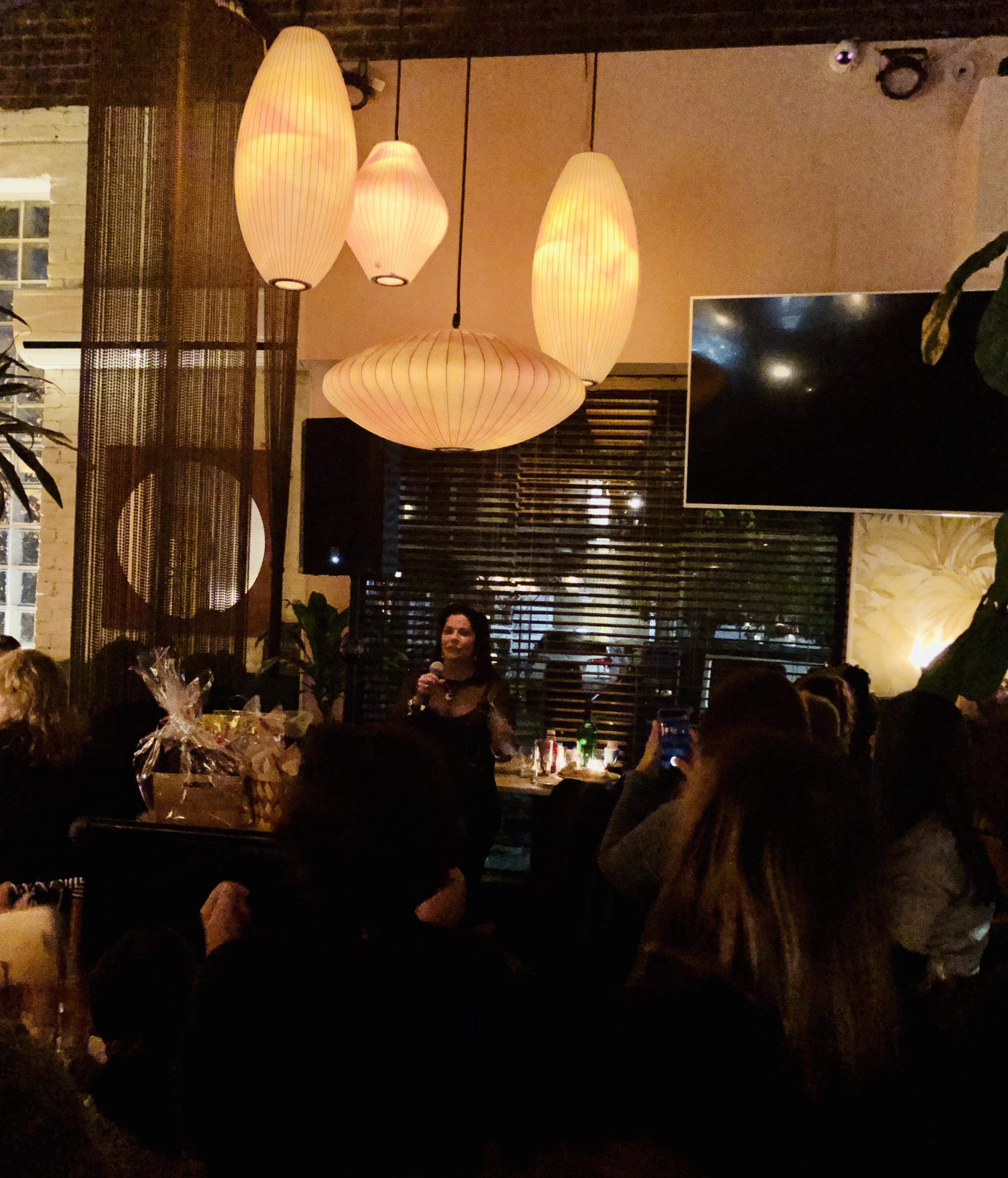 The goal of the annual pajama drive is to collect new pajamas and books to benefit the Pajama Program, and this year specifically the children of Hour Children, a Long Island City non-profit organization which benefits formerly incarcerated women and their families.

“Again, Astoria came out and supported this event not only by their presence but with their generous donations. I am grateful that this year’s donations were provided to HOUR Children which brings this event full circle in keeping it within the Astoria Community. I was extremely humbled by the unexpected Award presented to me by Give Me Astoria which I’m so thankful for and for the recognition. I’m appreciative for all my Co-Hosts and do hope to maintain our vision to continue hosting this Event whether I’m near or far…for another ten years!” said Maria L. Delgado, annual organizer of the Astoria PJ Drive. 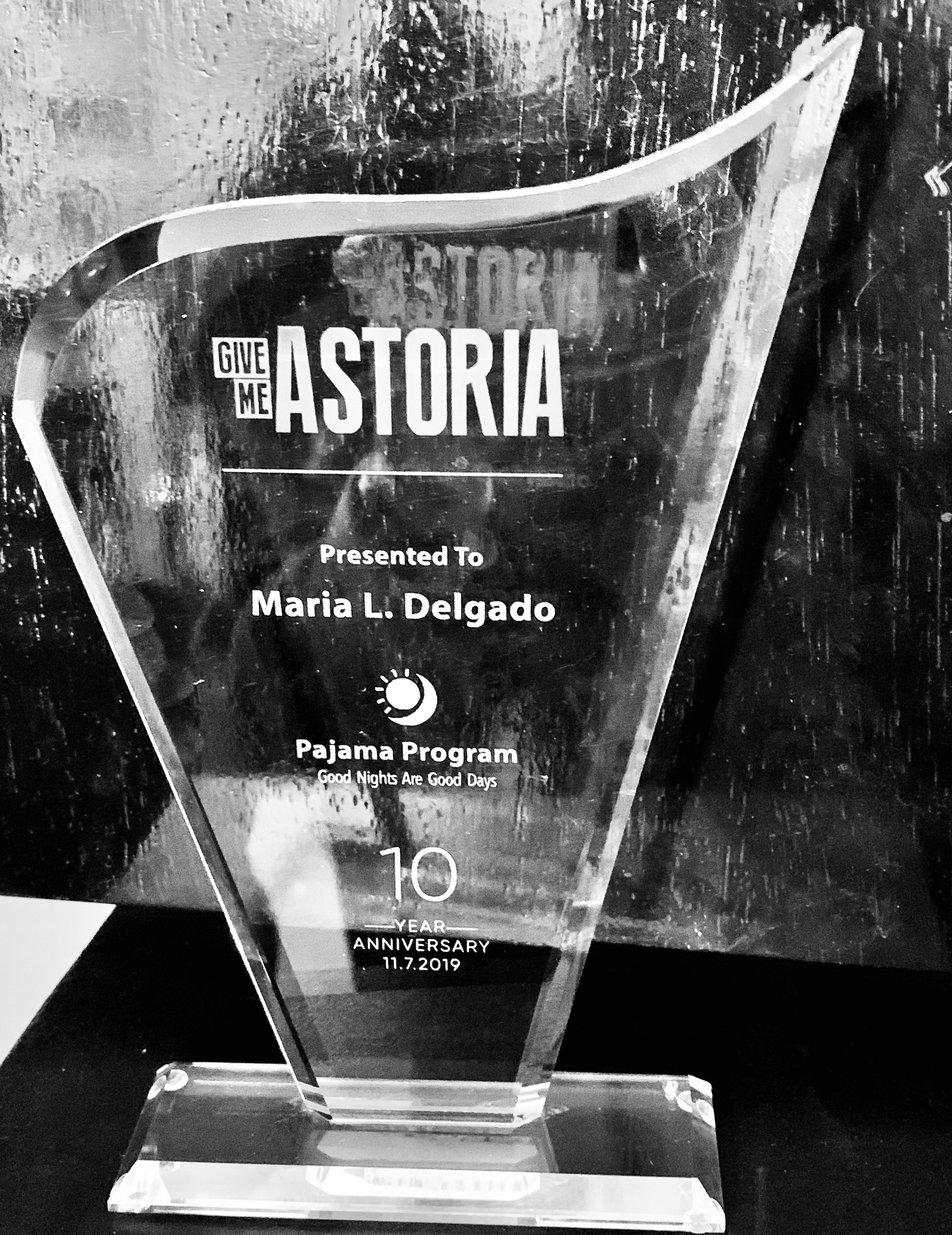 Donations totaled approximately 300 pairs of pajamas, along with books. The pajama and books were immediately sent to Hour Children for distribution.

The hard work of those who made the evening possible did not go unrecognized, as City Council Members Paul Vallone and Costa Constantinides dedicated the time to issue official City Council citations to the following honorees: Maria L. Delgado, Diane Kantzoglou of Bond NY, Ana Fraioli the Chapter President of the Pajama Program & Old Astoria Neighborhood Association, Monika’s Cafe Bar, Give Me Astoria, Sonia Mylonas the Founder of Give Me Astoria, O’Connor & Tate, Eleni Louca, Loulou Chryssides, Athena Lambrakis, and Katerina Onisiforou.

Sonia Mylonas, the Founder of Give Me Astoria said “It has been a privilege to host the PJ Drive with Maria for so many years, this year’s marks 10 years and there is nothing more humbling and gratifying than working with her on such an amazing cause.” 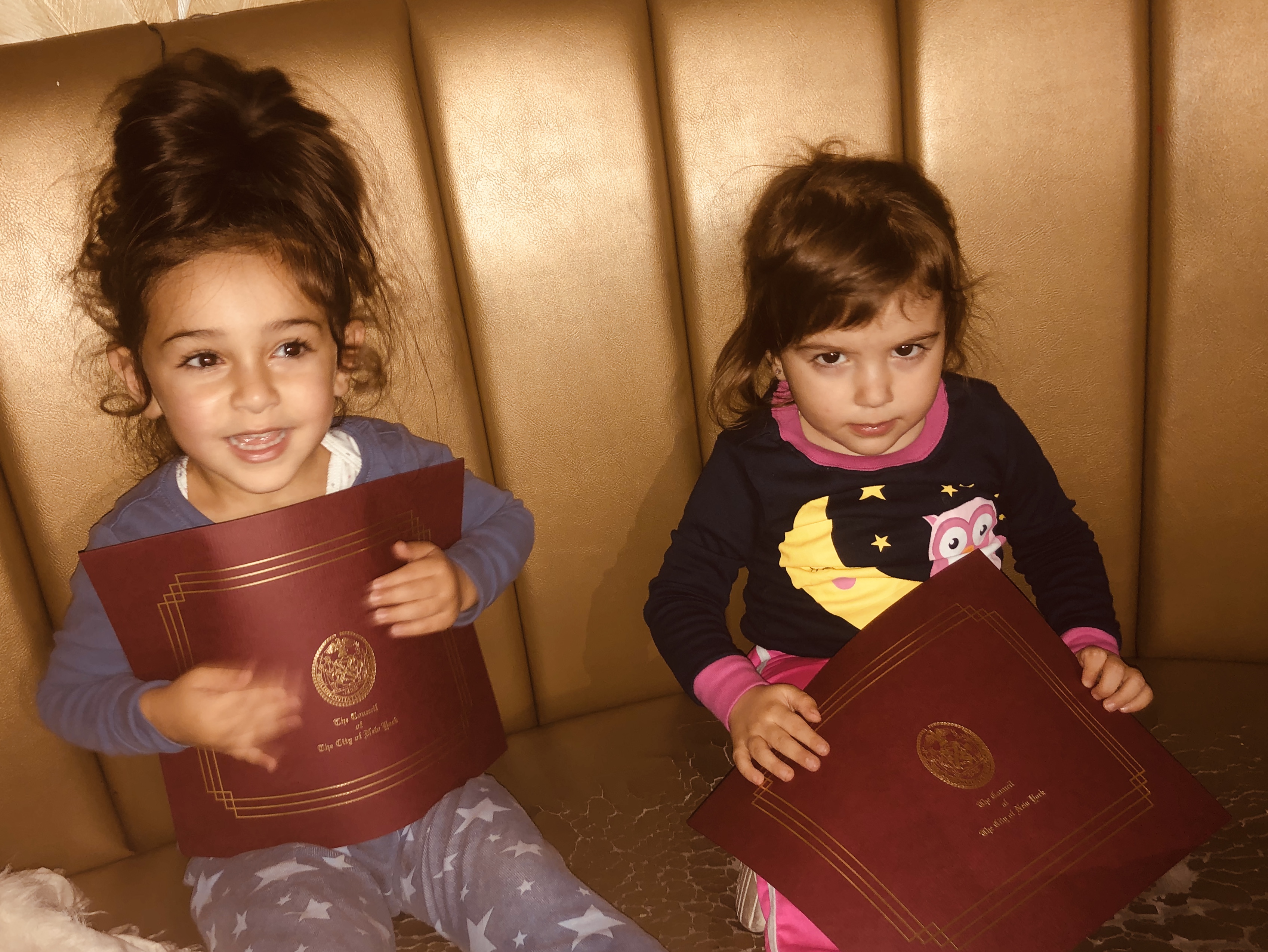 Congratulations to all involved on yet another successful year of giving back to those who deserve it most!