Seems like the skies the limit for Butcher Bar. The place that keeps on growing has just moved in next door. Slice Astoria is a pizza joint opened up by owners of the very popular New York eatery Butcher Bar. Located on 37-08 30th Avenue, Slice had its grand opening November 2nd, with owner Matthew Katakis and Juan Sanchez at the forefront. Even Councilman Costa Constatinides showed up for the ribbon cutting. 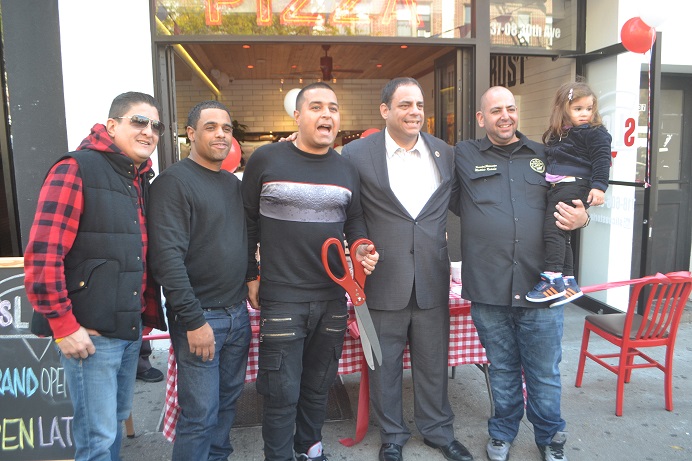 The duo are set to turn heads with the new place. Sanchez is the owner of Latin fusion, and also Blend and Slice Long Island City. While he’s bringing his pizza expertise to the scene, Katakis is bringing in the toppings.

Butcher Bar is known for having some of the freshest ingredients and top grade barbecue. And their recent double win at the New York Wine & Food Festival just goes to prove that when it comes to bbq, they know their stuff.

“We’ve partnered up to bring you the best New York City slice and a couple of surprises,” Katakis told QNS. 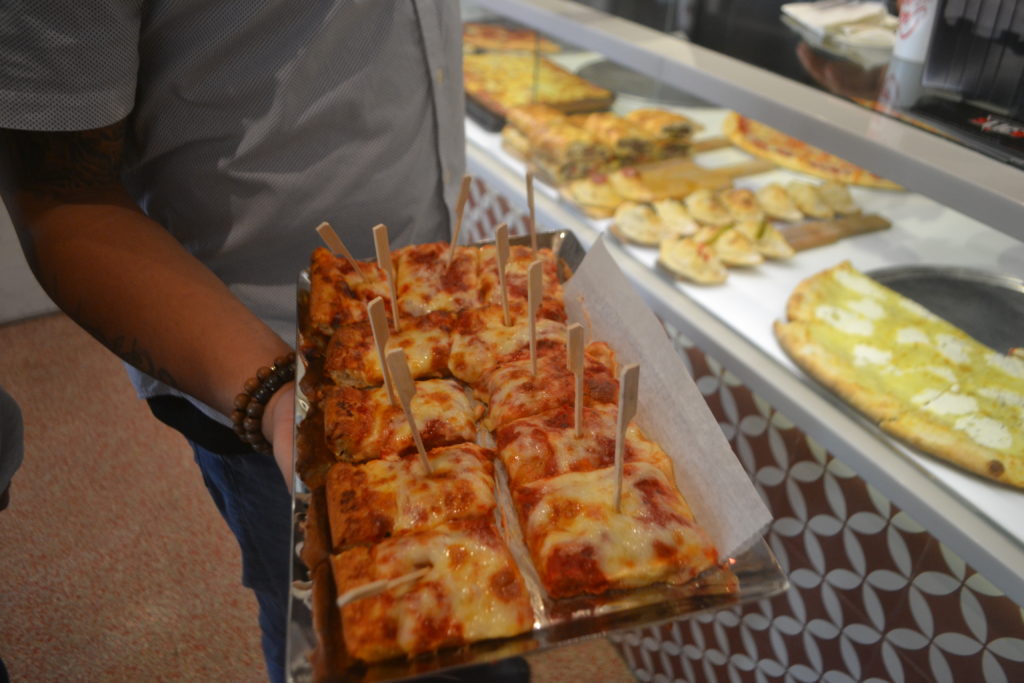 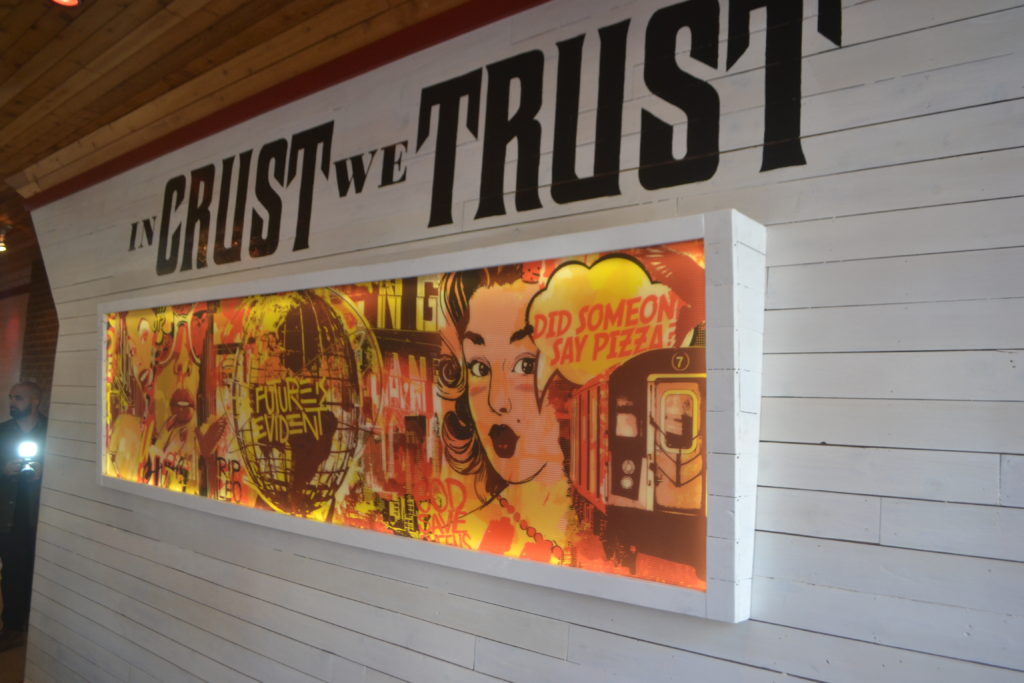 But pizza isn’t the only thing on the menu. Starting next year, brunch will begin, along with a nice sized backyard where events and parties will be hosted. An additional brick oven to come will also be a nice plus for any pizza place.

For Katakis, a true Astoria native, opening up a pizza shop in the neighborhood he grew up in is a dream. And to have it right next to his already popular bbq restaurant is the cherry on top.

“I’ve traveled the world and nothing compares to New York City, but Astoria is a special little piece of New York City, so I love investing here,” he said.

One of the major differences that Slice will have is the ingredients. As mentioned, Butcher Bar is known for scoping out the best of the best New York has to offer. And they aren’t afraid to make you wait a few in order to serve you a fresh pie rather than a reheated one.

For now it’s cash only, so bring your wallets and your appetites because this is one pizza joint that will definitely be making a buzz.

Thanks to QNS for the images.