A while ago,we heard some rumors swirling around that Artichoke Pizza would be making its home in Astoria. AND THE RUMORS ARE TRUE.

We thought it would be in the spot where Teddy’s Florist was, but it turns out its going in the old Frankie’s Pizza spot – which closed less than a month ago. Clearly, Artichoke was waiting on a spot to open up! 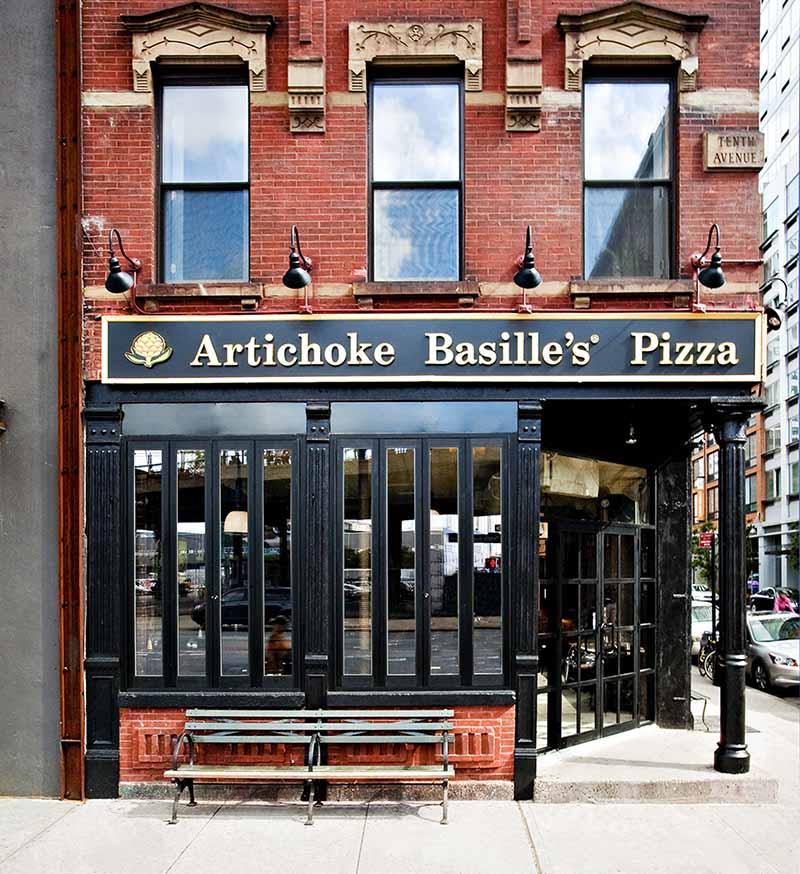 Like we said last time, “if you’ve never had Artichoke Basille’s Pizza..oh my. It sounds gross at first. Whose first thought about pizza is “WE SHOULD PUT ARTICHOKE ON THIS.” But it totally works. Artichoke pizza is extremely thick and creamy – you kind of have to toss out all your ideas about pizza, and have them re-made. The slices are huge, and even one is enough to fill an empty stomach. Two and you’ll be groaning on your couch.”

A lot of Astorians are already saying that there are enough pizza spots in the neighborhood, and while usually we would agree, Artichoke Pizza is definitely unique enough to warrant a location in Astoria. The only thing we’re a little hesitant about is the prices – a pie can cost 30 dollars – which is a bit much.