Bike thefts in Astoria: How to keep your bike safe! 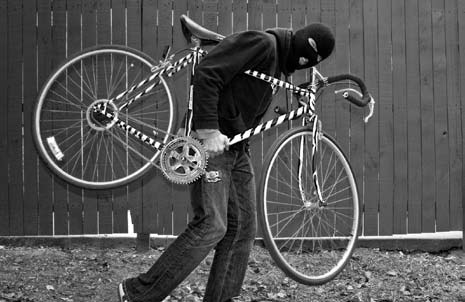 There’s been a recent rash of bike thefts going on in the area, and it’s left us pretty disheartened. The NYPD is still searching for thieves that have been stealing bikes, such as the ones shown in the video below.

But, seeing as how a pretty large percentage of the neighborhood’s population uses a bike as their means of transport, we don’t think we should give up on bike riding altogether just yet. So, we’ve got some important tips for any of the bicyclists out there!

1. We’ll start off with the most obvious: Keep it inside!

Obviously, this isn’t a viable solution for everyone…but we thought we’d throw it out there anyway. If you can, keep your bike indoors. If you’re riding it to a location, see if you can store it inside – some restaurants will allow you to chain it to their outdoor seating – as long as it’s completely out of the way. You might not want to deal with carrying your bike up the stairs to your apartment – but chaining it outside overnight is not a good idea, which leads us to…

Night time is the easiest time to steal a bike, and if yours is spotted in the same place every night, it’s going to be an easy target. But if you have absolutely no choice…

Yes, they’re little pricey, but you know what else is pricey? A NEW BIKE. You’ll want to loop it at least around the front wheel – and if you get a longer cable and loop it around the back wheel as well as the frame – you might deter thieves that want a quick, easy steal.

Seriously, lock up your tires

If you’re running errands – even quick ones (which, let’s face it, take at least 20-30 minutes), and you have to leave your bike locked up outside – do it in a well populated area. That might mean locking your bike up a block away from where you’re headed, but lots of people will deter a bike thief from cutting off a lock.

Got any more tips? Drop a comment and let us know!