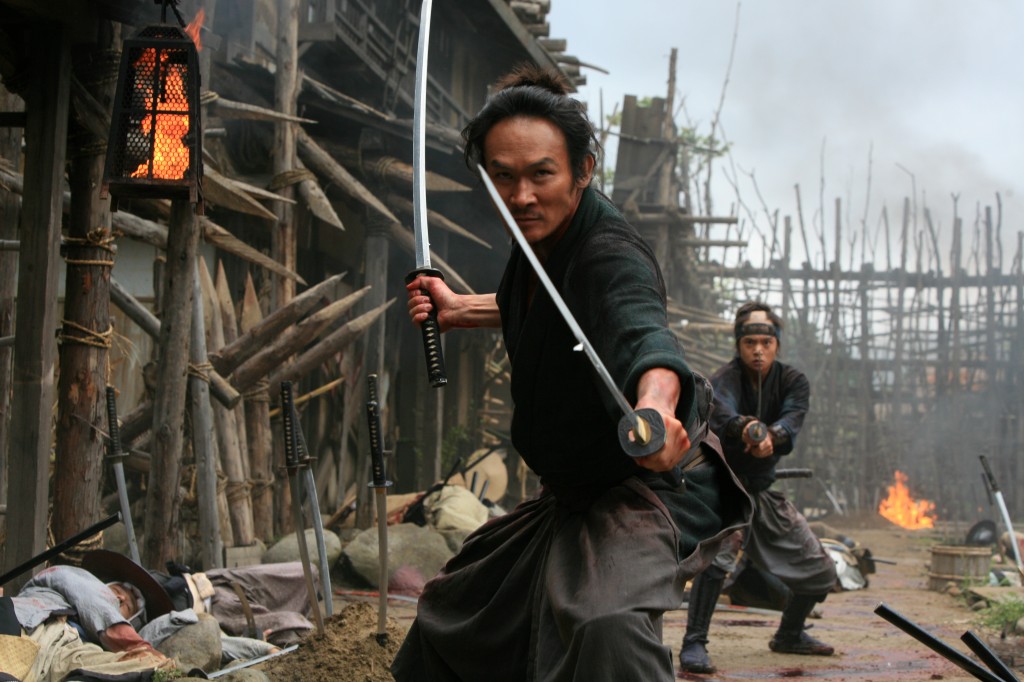 There’s something about watching a movie in the park, surrounded by hundreds of people, and the setting sun that is just absolutely incredible. We make it a point each  year to go by Socrates Sculpture Park at least once for their annual film festival – it’s seriously an experience.

This year they’ve got international films from all over the world. Check out which one suits your fancy – or watch them all! We’ve got a little bit about each movie, so you can pick a little easier.

Russian punk-rock activists Pussy Riot – Katia, Masha, and Nadia – stage a balaclava-masked performance at a Moscow cathedral (protesting the head of the Orthodox Church for supporting Putin’s campaign) and earn the wrath of the regime. Their arrest and trial for “hooliganism” against the church follows. A fascinating documentary portrait of a courageous, defiant collective whose impact continues to be felt worldwide.
Rated R for explicit sexual content. Not appropriate for audiences under the age of 17.

An absorbing drama of 30 men (and one woman) who set out on an illegal 7-day voyage from the coast of Senegal to Spain – making the perilous journey in a pirogue, a boat resembling a vastly oversized dinghy. The men hail from different ethnic and religious backgrounds, sharing a common desire to build a better future. This compelling tale says as much about the universal nature of courage and perfidy as it does about the economic realities faced by so many of the world’s people.
Not Rated.

(This screening will be the film’s international premiere) Clint and Dwayne are two of a kind – the kind that start a pimped-out pony gang (ponies replete with glitter, oversized sunglasses, and bling) on the edges of rural New Zealand. Riding through town, the duo deals some drugs, tries to snuggle up to some ladies, and attempts a fundraiser for new teeth while learning the lengths people will go for their mates.
Not Rated.

A neorealist masterpiece from De Sica (The Bicycle Thief), Umberto D. follows a few days in the life of the title character, a retired bureaucrat: the police break up his pensioners’ strike; a canteen hostess catches him feeding his lunch to his dog, Flike; his landlady threatens him with eviction; a sympathetic young maid reveals she’s pregnant; and pride quashes his attempts to beg in front of the Pantheon. Umberto D. is bursting with life – a heartfelt tale of a man struggling to hold onto his dignity in the face of ageism and a changing, postwar Italy.
Not Rated.

Wednesday, July 30th
Viola (Argentina)
2013, 65 mins. Film begins at sundown.
Directed by Matías Piñeiro, who will be at the screening in person!

A youthful troupe of Buenos Aires actors mingle their tangled personal lives with their performances of Shakespeare’s Twelfth Night in this witty, seductive, urban comedy. “A triumph of narrative imagination and bottom-line ingenuity…” – Manohla Dargis, The New York Times.
Not Rated.
Viola will be preceded by the Warner Bros. cartoon, “A Ham in a Role.”

(This screening will be the film’s New York Premiere.) Deep within one of the world’s last untouched rainforests lives the Yaka/ Mbendjele tribe, a group of hunter-gatherers from the Congo Basin, who are about to discover the Western world’s intense lust for “progress.” Beyond just an ethnographic study, award-winning filmmaker Linda Västrik imbues each lush frame with humor, heartbreak and vibrant storytelling.
Not Rated.

A samurai epic set in the 19th century during the end of Japan’s feudal era: when a sadistic, imperious lord is poised to ascend to the throne, a group of unemployed samurai are enlisted to stop him – and his band of over 200 men. Cult director Takashi Miike (Audition) takes a restrained, classical approach to this story of two traditions struggling for dominance, adding his own perverse touches and staging bravura action sequences – culminating in an extended, stupendously choreographed sword battle.
Not Rated. Graphic violence. Not appropriate for children.

Some of the most gorgeous macro-photography of insects ever put on screen! Shooting with custom cameras and lenses that took three years to develop, the filmmakers turn a French meadow into an otherworldly adventure as its denizens – a seemingly infinite variety of bugs – crawl, fly, creep and leap. This is an amazing voyage into a surprising and often humorous miniature universe – a surreal, wordless visual treat for children and adults alike.
Rated G