A Tale of Two Bookstores 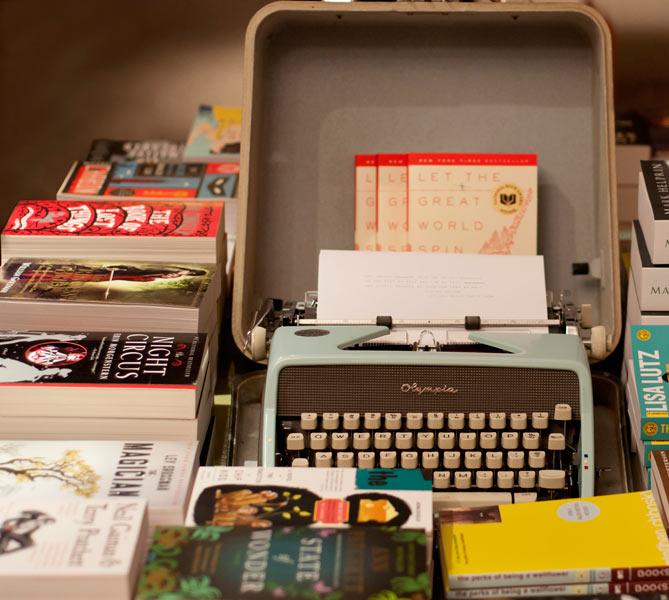 With news of Enigma Bookstore closing,we realized that Astoria is running out of places for book lovers. Located at 33-17 Crescent Street, Enigma was a paradise of sci-fi and fantasy book lovers. Enigma was the place for out-of-this-world books – books that created worlds much different from ours. A haven for self-proclaimed nerds, Enigma catered to a niche market that isn’t really tapped into – besides by bookstores like Forbidden Planet all the way in Manhattan. Sadly, though, less than two years after opening, Enigma Bookstore is closing their doors. Photo Credit: Michael Dolce

Now, we’ve stopped by Enigma, and thought it was a great place. Sci-fi and fantasy isn’t everyone’s cup of tea, but it was a really cool place nonetheless. The staff was inviting and knowledgeable, but Enigma seemed to be lacking the vibe of a classic book store. Though they had lots of events like trivia nights and book discussions, Enigma fell short in pulling in a large enough audience to bring the book store to life. That being said, Enigma Bookstore had loads of potential, and we’re a little upset to see the lights being turned off before it had a real chance it come into it’s own.

While we’ll be missing Enigma, Astoria Bookshop is filling the hole in our hearts that can only be filled with books. Astoria Bookshop is everything you could want from a book store – comfortable, inviting, staff that is helpful and well-versed, and an awesome book club.

Astoria Bookshop, located at 31-29 31st street, regularly has workshops, like the upcoming creative writing workshop and meditation workshop. They have a selection that is searchable online, and even a special section devoted to books by Queens Writers, which we love. The decor is to the point – Astoria Bookshop doesn’t focus on anything but their expansive book selection. Personally, we think the sign of a good bookstore is when you can go in completely unsure of what to read, and get some amazing recommendations – which always goes successfully at Astoria Bookshop.

What do you guys think? Will you miss Enigma Bookstore? Have you ever visited Astoria Bookshop? What about the lack of even more local bookstores, do you think Astoria needs some more? Sound off in the comments!