In Astoria Park, situated between the Triborough and Hell Gate Bridges, lays an oasis which has provided an escape from the summer heat for 85 years.  The Astoria Park pool will reopen on June 26 to thousands of Astorians eager to get back to normal fun in the sun activities after last year’s lost summer.  The largest of eleven pools built by the Works Progress Administration (WPA) throughout New York City during the Great Depression, it opened on July 2, 1936. 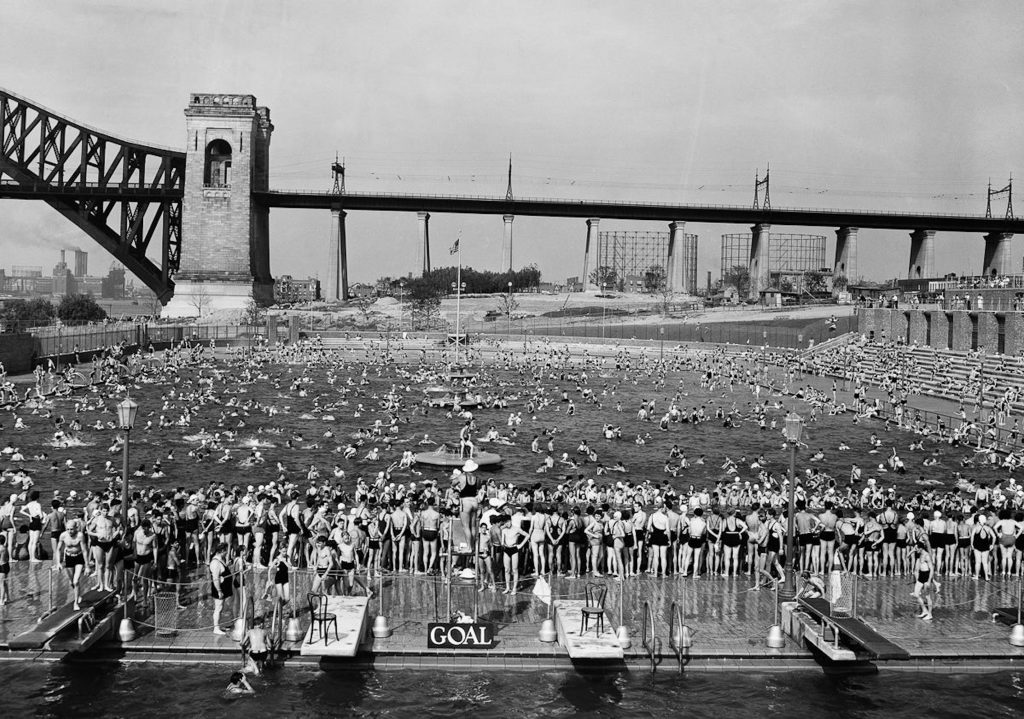 Courtesy Queens Historical Society
PHOTO: Astoria Park pool as it looked during its inaugural summer of 1936.

The city Department of Parks and Recreations asks that visitors leave food, glass bottles, electronic devices, and newspapers at home. Guests will also need to be wearing a swimsuit to enter the pool area. As an added bonus, thanks to the American Academy of Dermatology’s SPOT Skin Cancer program, all outdoor pools will all have dispensers providing free, broad-spectrum SPF 50 sunscreen. Unfortunately due to COVID-19 the city’s Learn to Swim and Lap Swimming programs as well as lessons for teens, seniors and people with disabilities has been cancelled until fruitier notice.

The Astoria Park pool features a massive state of the art filtration system, heating units, and even underwater lighting. The city swimming complexes were built from brick, concrete, and cast stone and styles that ranged from Romanesque Revival to Art Deco like the bathhouse at Astoria Park.

In its inaugural year Astoria pool was the site of the Olympic swimming and diving trials for the 1936 Olympics. Parks Commissioner Robert Moses, an avid swimmer himself, recognized the importance of aquatic recreation and launched a campaign to open 11 new pools throughout the city during the summer of 1936. WPA administrator Harry Hopkins described the pool in Astoria Park as, “The finest in the world.” 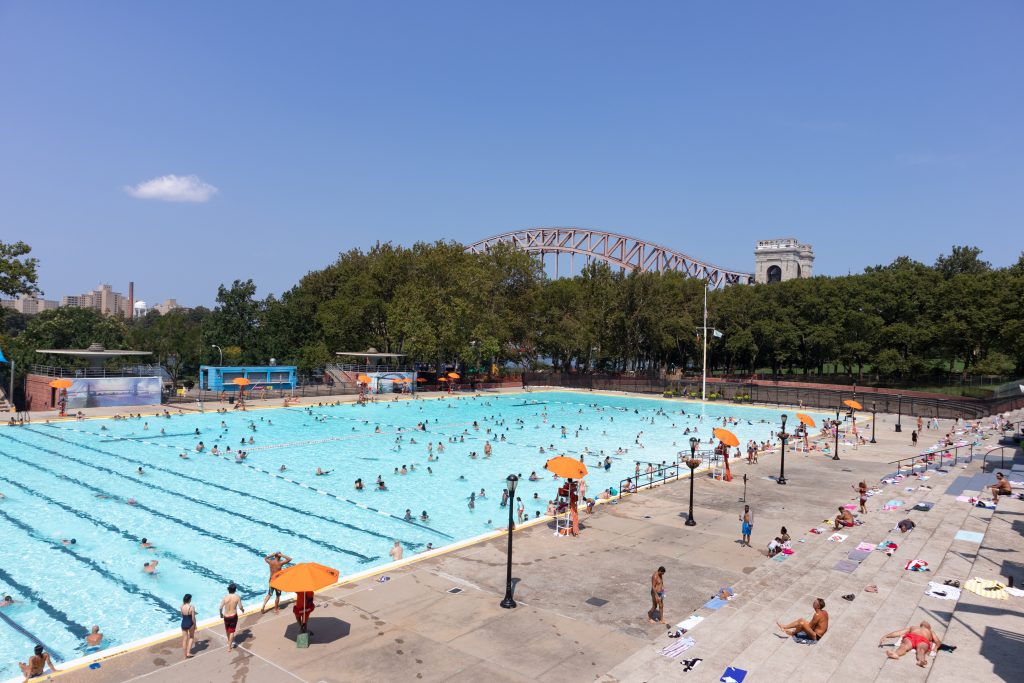 The design for the pool was so advanced that it serves as the model for the other ten city pools. The pools were not just huge but also examples of state-of-the-art engineering and fine design. Astoria Park pool is also the largest in the city measuring 330 feet by 165 feet.

In a press release, the city Department of Parks and Recreation celebrated the pool’s unique design during its grand opening stating that, “Unusual design and construction features have been incorporated into this project, which stands upon the site of a former earth bottomed wading pool. The WPA swimming pools are among the most remarkable public recreational facilities in the country, representing the forefront of design and technology in advanced filtration and chlorination systems.”