Marking Time: Art in the Age of Mass Incarceration is a Must See at MoMA PS1

In September 2020, MoMA PS1 reopened after months of being closed due to COVID-19. Their reopening was also marked by a series of renovations that had been made to the LIC and MoMA in Midtown and Long Island City as well as the latest show at PS1 Marking Time: Art in the Age of Mass Incarceration. The show which was organized prior to the Black Lives Matter protests that erupted around the US this past summer, feels more timely than ever given the content and the breadth of work within it. 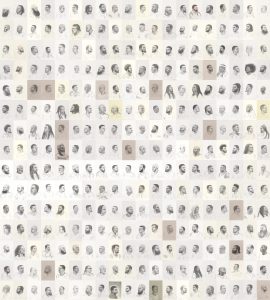 The exhibition which was put together with the curators Amy Rosenblum-Martín, Jocelyn Miller and Josephine Graf as well as Dr. Nicole R. Fleetwood. The name of the exhibition comes on the heels of Fleetwood’s most recent book publication that bears the same title. For Fleetwood, who is a Professor of American Studies and Art History at Rutgers University, this show is the culmination of several years of research considering the larger state of the prison system today and its effects on those who are both inside and outside of it and the role art can play in this context. It is also a personal project for her as well due to the fact that Fleetwood has male relatives who have been in prison.

In the US today there are an estimated 2.4 million people who are behind bars, many of which are People of Color. This fact, and larger issues of inhumanity and the prison industrial complex, and what it means to be living under these circumstances in this current sociocultural moment, are some of the larger issues explored within the show.

It features over 40 artists including Tameca Cole, Russell Craig, James “Yaya” Hough, Jesse Krimes, Mark Loughney, Gilberto Rivera, and Sable Elyse Smith and others. Marking  Time: Art in the Age of Mass Incarceration occupies most of the downstairs gallery space of PS1 but the subject matter this exhibition is taking on is bigger than that. The exhibition features a wide range of work from artists working across diverse backgrounds and disciplines including video, performance, photography, sculpture, painting, and more.

The scale of many of the works is impressive and Mark Loughney’s Pyrrhic Defeat: A Visual Study of Mass Incarceration (2014–present) is no exception. Lounghey, who is currently in prison in Pennsylvania, has created 500 portraits of fellow prisoners and individuals. The pen and ink drawings fill the gallery space they inhabit. The drawings feature a mix of masked and unmasked individuals signaling that some of them were completed during the pandemic and before. 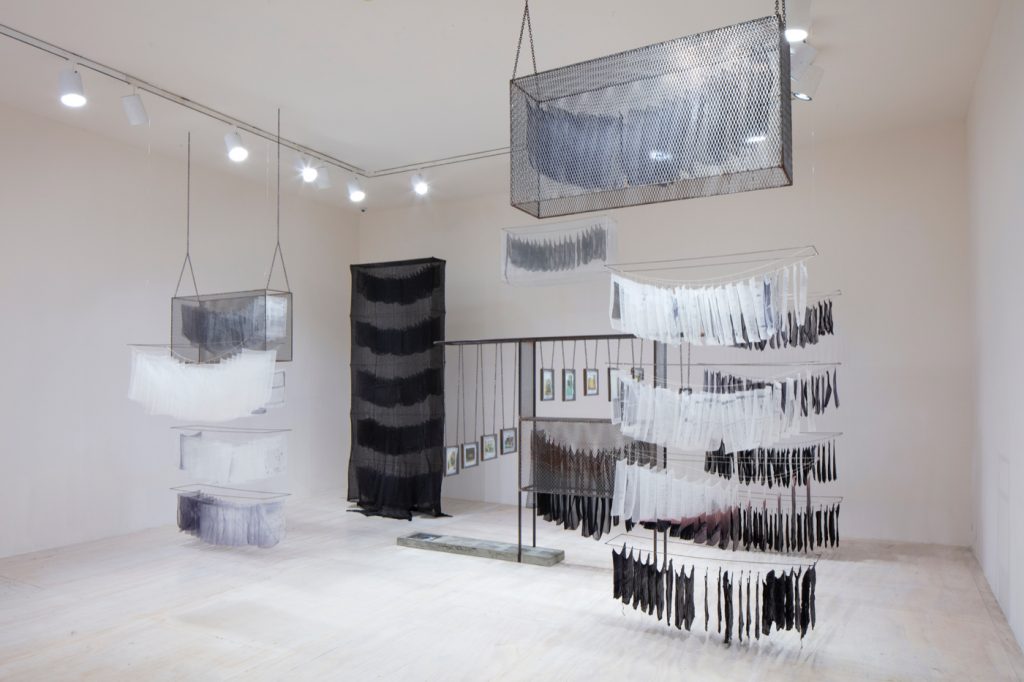 An installation by Rowan Renee tilted, No Spirit For Me (2019), takes on the difficult topic of sexual assault. In the piece Renee has utilizes strips of fabric that have been cut to the size of book pages that feature printed text on them. They are displayed throughout the gallery space. Some are suspended hanging from the ceiling, others are hung from several large metal structures that invite the viewer to interact with the installation in an intimate way.

Marking Time: Art in the Age of Mass Incarceration considers a lot of complex subject matter and is taking on a larger cultural and systemic issue that needs to be addressed. It is a must see exhibition and forces the viewer to grapple with the prison system and the larger effects it has on people’s lives.

Marking Time: Art in the Age of Mass Incarceration is on view at MoMA PS1 through April 4, 2021.