Alex Jordaan has always had a desire for adventure. Growing up in South Africa, he developed a love of the outdoors and a passion for wonder. His life changed at 16, when his father asked him what he wanted for his birthday; immediately, Alex had an answer: he wanted to skydive.

4,000 jumps and a move across the world later, his passion for skydiving continues to grow. And why wouldn’t it? Jordaan has competed in the skydiving world since 2000, won numerous national and international skydiving awards, and is still a member of the South African national skydiving team today. “Skydiving is one of the most challenging sports in the world, both mentally and often physically, but as such is also one of the most rewarding. You get to practice one minute at a time, under extreme duress, and in an extremely unforgiving environment. Your mental strength increases since it takes significant focus and concentration to override the body’s natural instincts, and as a result you develop an increased level of awareness. Progress is slow but it never ends. I have over 4000 jumps and I still feel like a beginner. There is always more to learn, re-learn and discover…” says Jordaan. 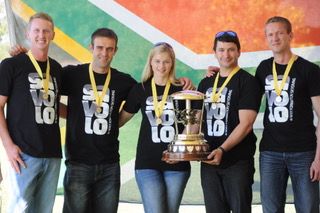 This month, he will be competing in the South African national skydiving finals, for what he hopes will be the 7th consecutive win to retain the title. Later this year, Jordaan may be competing in the Skydiving World Cup held in the U.S. His goal for the next year is to compete in the 2020 South African Nationals, as well as the 2020 Skydiving World Championship held in Russia. 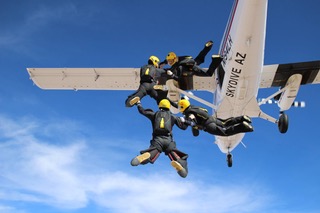 If you are interested in learning more about skydiving, or want the experience without jumping 13,000 ft. from an airplane, Alex also recommends trying the indoor wind tunnels at iFLY, where he is an instructor on the weekends at its Westchester location.

All the best of luck to Alex for continued success!