Astorians, rejoice, our trains are back!

Picture it: a long, freezing winter’s day (thanks, Polar Vortex), and the subway station closest to home is closed for renovations. You’re forced to make the walk from when you exit the train all the way home in subzero temperatures, wondering if it would be appropriate to take a 2-minute cab. Luckily for passengers on the N/W line who depend on the Broadway and 39th Avenue stations for their commute, this is no longer the case. 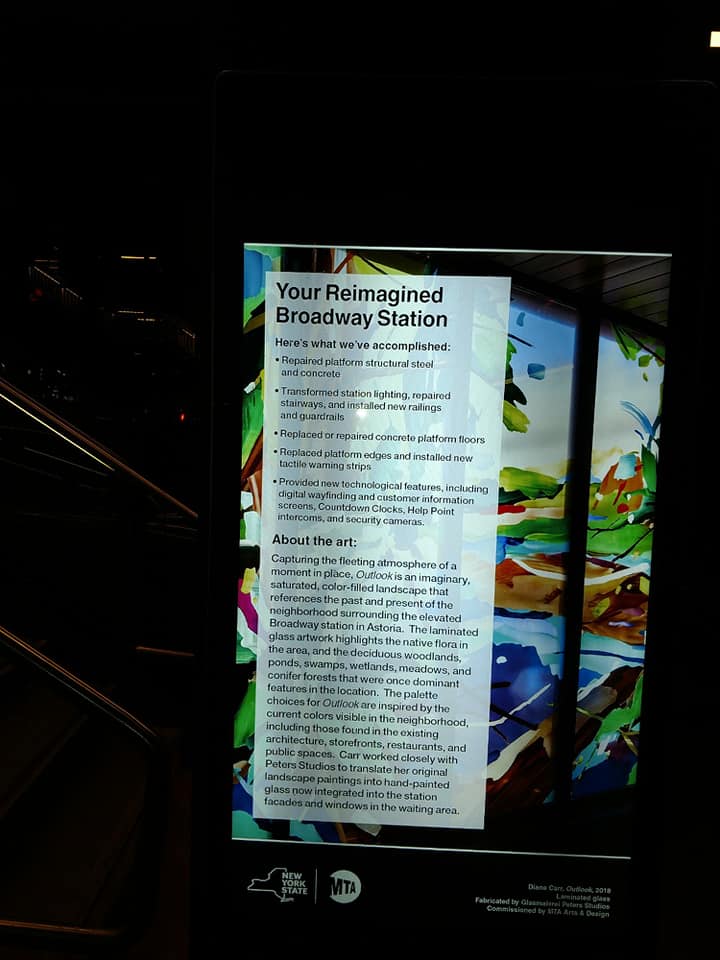 Renovations to the stations include glass art murals, countdown clocks, structural repairs, and new guardrails and platform floors. However, some are skeptical of how funds were used for the above-mentioned repairs. For example, there are still no elevators at either station, a concern being raised once more following the tragic death of Malaysia Goodson, who died on January 28th after suffering a fall while carrying her baby’s stroller down subway steps.

Are you satisfied with the stations’ repairs? Do you think additional repairs are still needed? Let us know below!