It’s that time of year again, when the holidays are just around the corner and once more, you’ve waited until the last possible minute to make plans. Perhaps you want to avoid political conversations with that distant cousin you see every year, or you want to take the family somewhere new to celebrate Thanksgiving for a change. Maybe, certain circumstances prevent you from spending the upcoming holiday with loved ones. Whatever the reason, Astoria has you covered.

From Greek to Italian, to Australian to classic holiday options, here is a list of Astoria establishments open and awaiting customers on Thanksgiving: 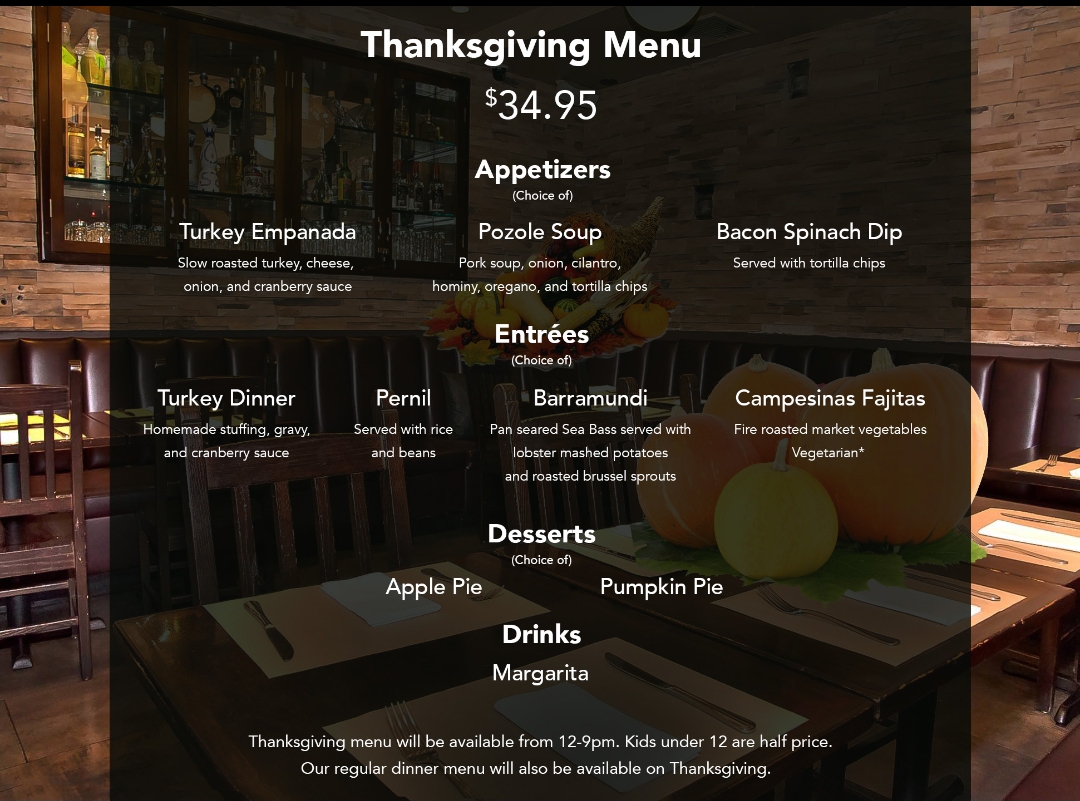 Mojave, open from 12-9PM on Thanksgiving Day, is offering a $34.95 prix-fixe menu (children under 12 are half-price) for those craving some Southwest flavors to accompany the classic Thanksgiving turkey. In addition to the basic holiday staples such as turkey and stuffing, diners have a choice to start with traditional Mexican pozole soup or pernil for dinner. 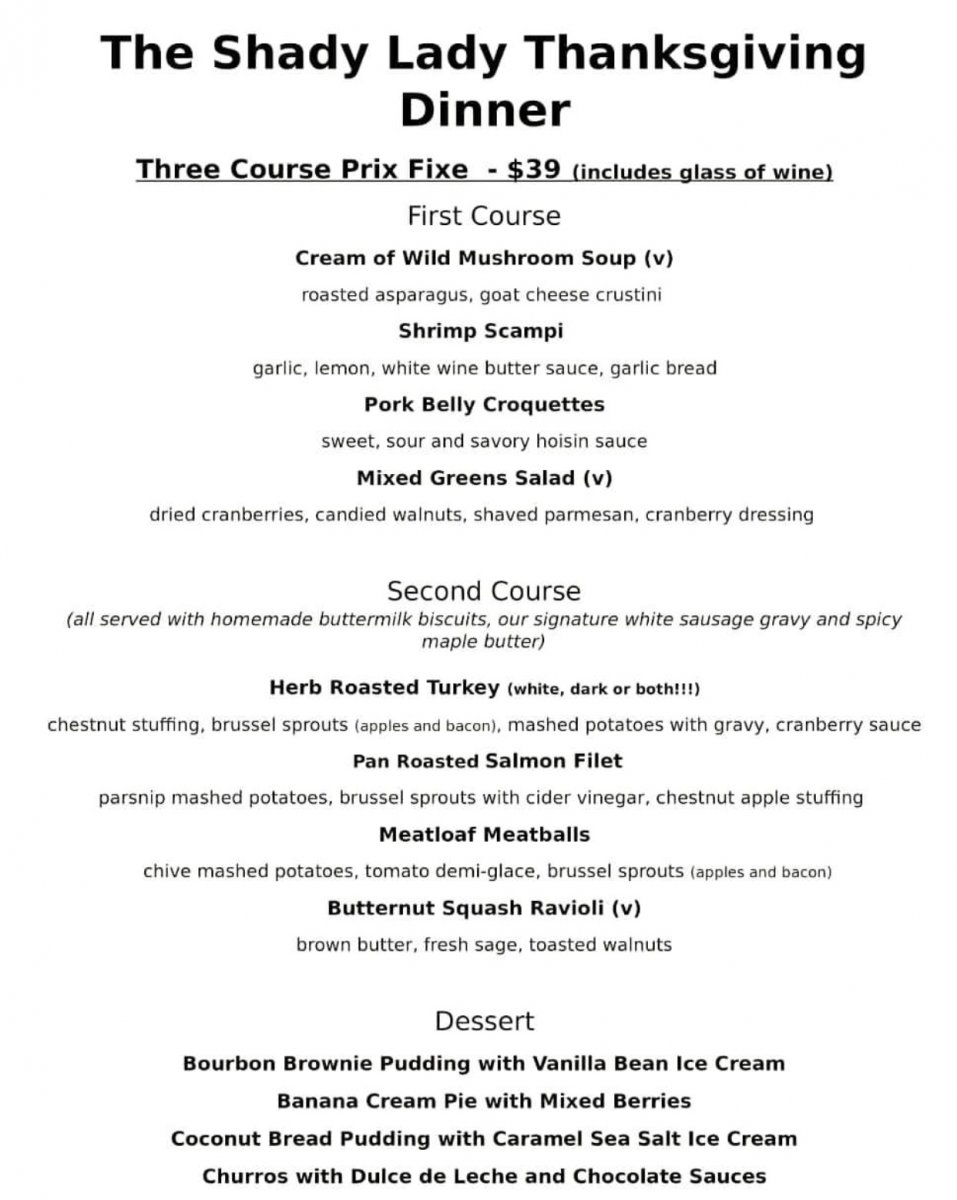 From 5PM-12AM, The Shady Lady is offering a $39 prix-fixe menu with a variety of delicious classics and vegetarian-friendly options, with a glass of wine included. In addition to a herb-roasted turkey, patrons can choose from a pan-roasted salmon filet, a butternut squash ravioli, or meatloaf meatballs as their main course. 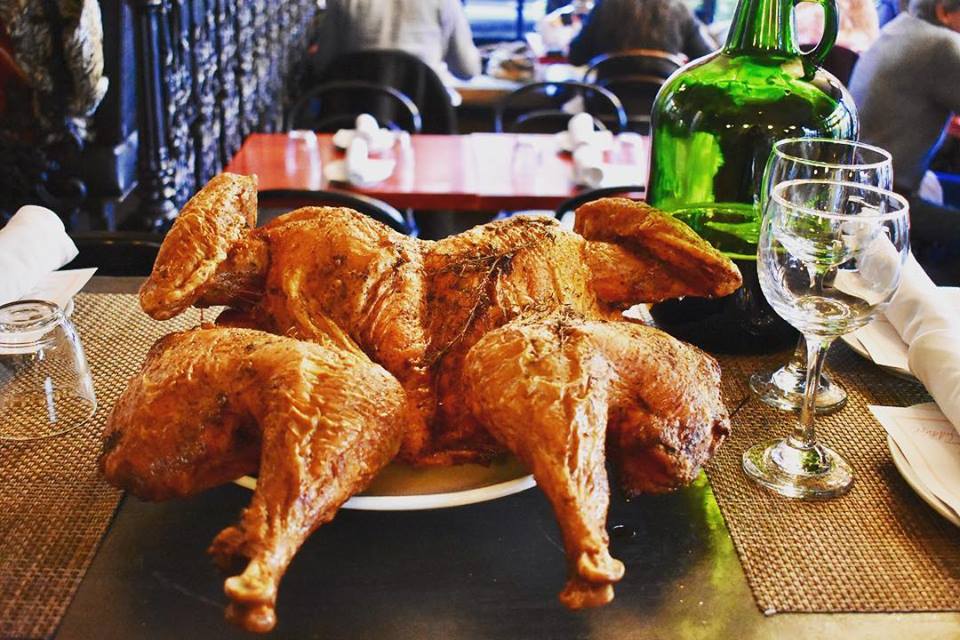 For those who prefer a Thanksgiving feast like Nonna used to make, Gastroteca is serving a $49 prix-fixe menu, with a choice of two pasta courses, Porchetta or turkey, and a choice of two sides with a third and final dessert course option. In addition to its prix-fixe menu, Gastroteca will also be serving meals from its a la carte dinner menu. For an extra $10, diners get unlimited house vino. Did someone say ‘mangia’? 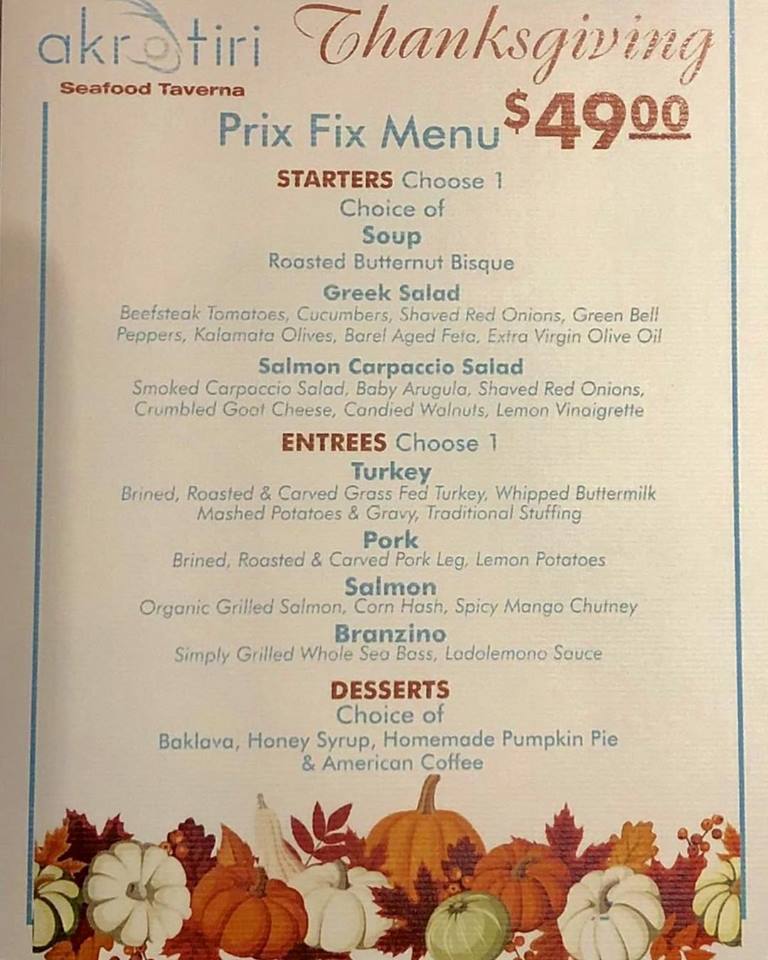 Note to many of us who are feeling summer nostalgia (hi!) and wish we could be eating Thanksgiving dinner in the Aegean, Akrotiri is whipping up classic Greek seafood dishes along with the beloved turkey. For $49, customers can choose from delicious starters such as a roasted butternut bisque, Greek salad, or a salmon carpaccio salad to accompany their main course. For dessert, a homemade baklava or pumpkin pie with coffee. 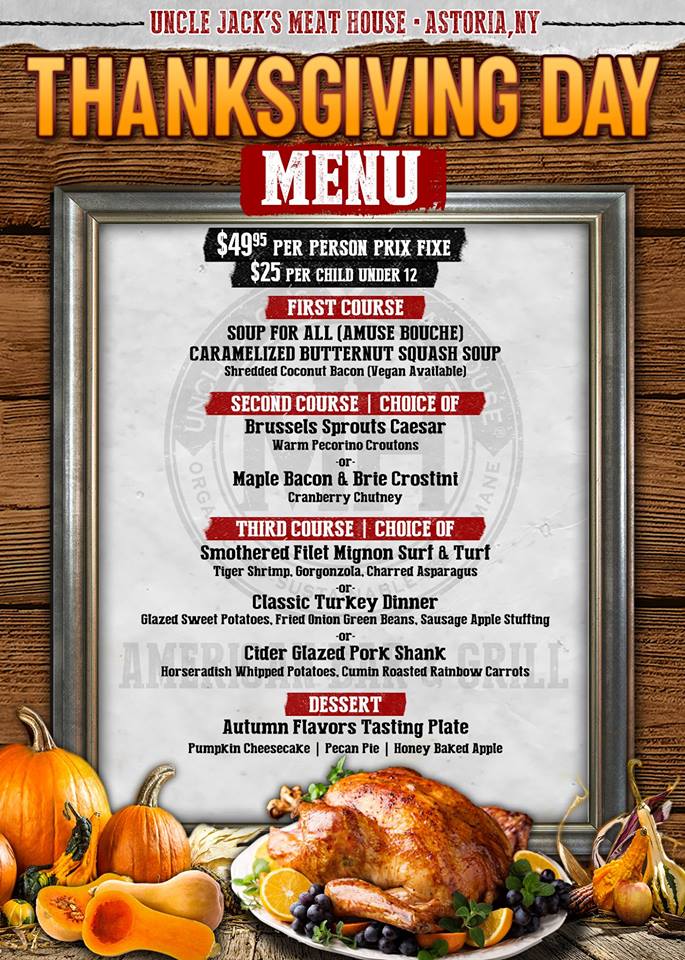 Uncle Jack’s Meat House is joining in on the Thanksgiving fun, offering a $49.95 per person four course prix-fixe menu ($25 per child for children under 12). Starting with a caramelized butternut squash soup, diners then have the choice of a brussels sprouts caesar or a maple bacon & brie crostini. Main course options include a classic turkey dinner, a filet mignon surf & turf, or a cider glazed pork shank, with a dessert tasting plate as the fourth and final course. 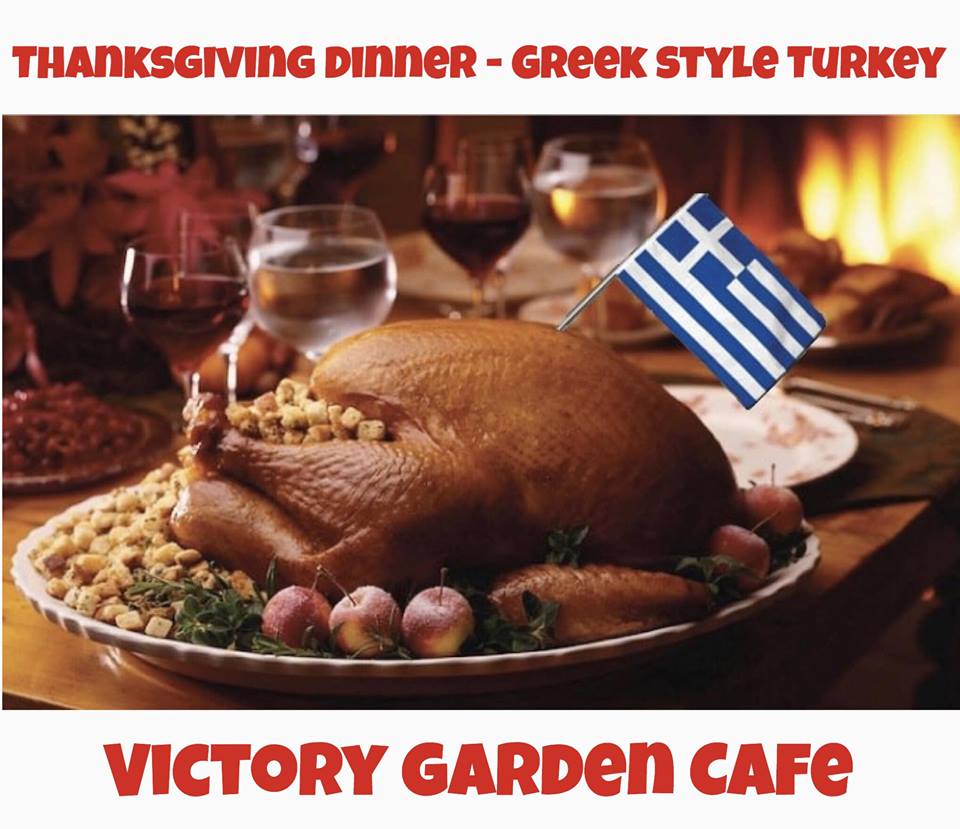 At Victory Garden Café, patrons can opt for the $25 Greek-style turkey, accompanied by Thanksgiving classics such as stuffing and fresh Greek salad. Additional a la carte menu items include sirloin steak, calamari, and sweet potato, among other options. 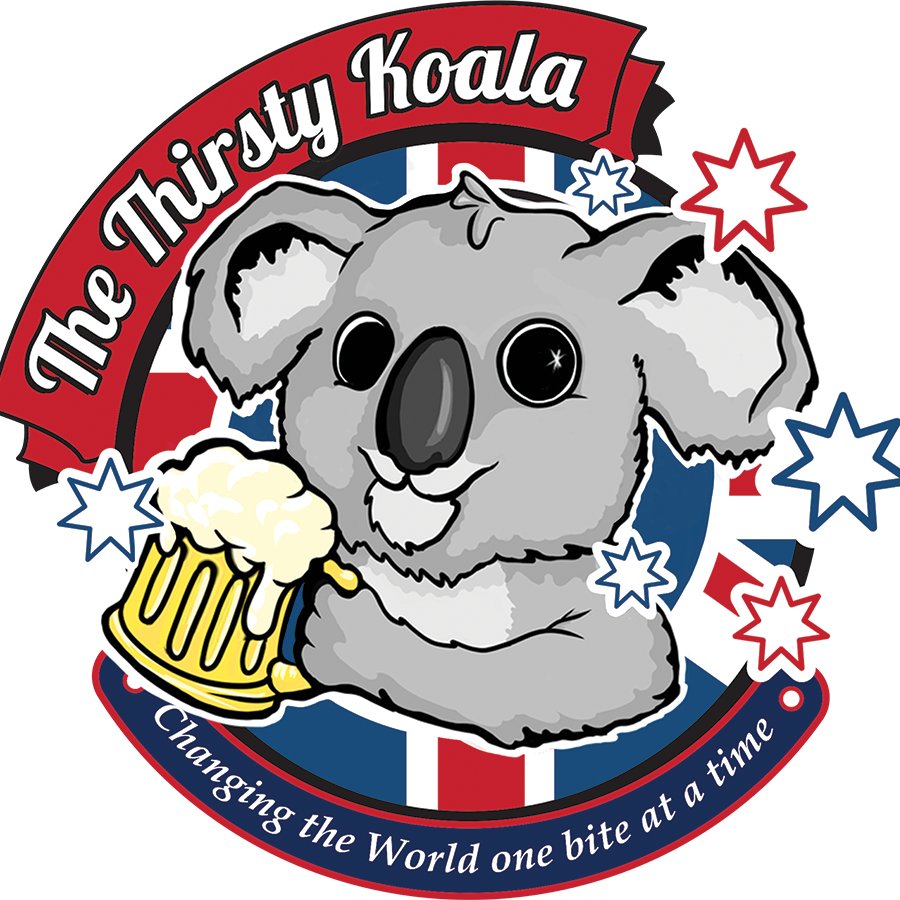 The Thirsty Koala is also serving up Thanksgiving dinner from 12PM-7:30PM, both from a prix-fixe and a la carte dinner menu. For $26, the prix-fixe menu consists of a soup or salad, along with a traditional turkey dinner with favorites such as stuffing, mashed potatoes, and organic vegetables.

If interested in any of the above Thanksgiving specials, be sure to make your reservations as tables are sure to fill up before Thursday. Happy Thanksgiving, Astoria!