Astoria residents are warned to keep their valuables locked inside their homes and not in their cars as grand larceny goes up in the last month, according to the commander of the 114th Precinct.

Captain Peter Fortune spoke on the subject on Tuesdays Community Council meeting. He stated that grand larceny was the number one crime in Astoria. 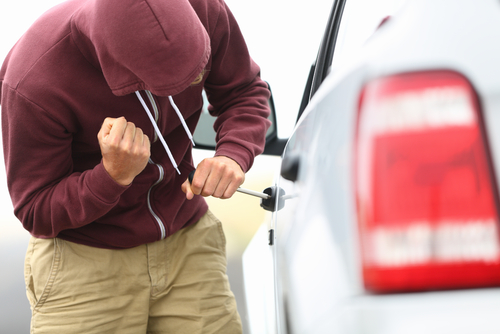 “It’s what we’ve been plagued with all year and it just continues” the Captain said.

From September 26th till October 23rd there were six more grand larceny cases for the 114th. Most consisted of identity theft and car related thefts. Fortune said that out of the 14 grand larceny cases, 13 involved electronics, radios, wallets and laptops.

There was also concern for the upcoming Holiday season. Fortune urged the public to be careful and to make sure that no items are left in the car, unless they are in the trunk.

Fortune gave information about various crimes and criminals in the area who have plagued residents in the recent past. One such offender had around 40 arrests for breaking into cars on his name. According to the Captain, the man would ride around on a bicycle and search out possible cars to break in.

Two men in green and red goblin masks attempted to break into a home on 32nd Street and 30th Avenue on October 7th. After that failed attempt, the men then tired to steal money from a Holiday Inn on 29th Street. Fortune stated that although the men were unsuccessful on both accounts, the police uncovered 5 pounds of marijuana from the home, suspecting the men were after the drugs.

There have also been a string of identity thefts. Criminals would dive into USPS mailboxes and stealing checks residents mail in for bills. The criminals were said to deposit the checks into a unsuspecting bank account then removing them later.