An 81 year old woman has died of her injuries after being struck by a van which backed into her and two others, including a souvlaki food truck outside Capitol One Bank on the 31st of August at around 2PM.

The driver of the van had parked it on the south east of Broadway and 32nd street. He then got out of the van, however did not realize that instead of park, he had the van in reverse. The white van began reversing across the intersection, as the driver was yelling for people to look out, according to police. 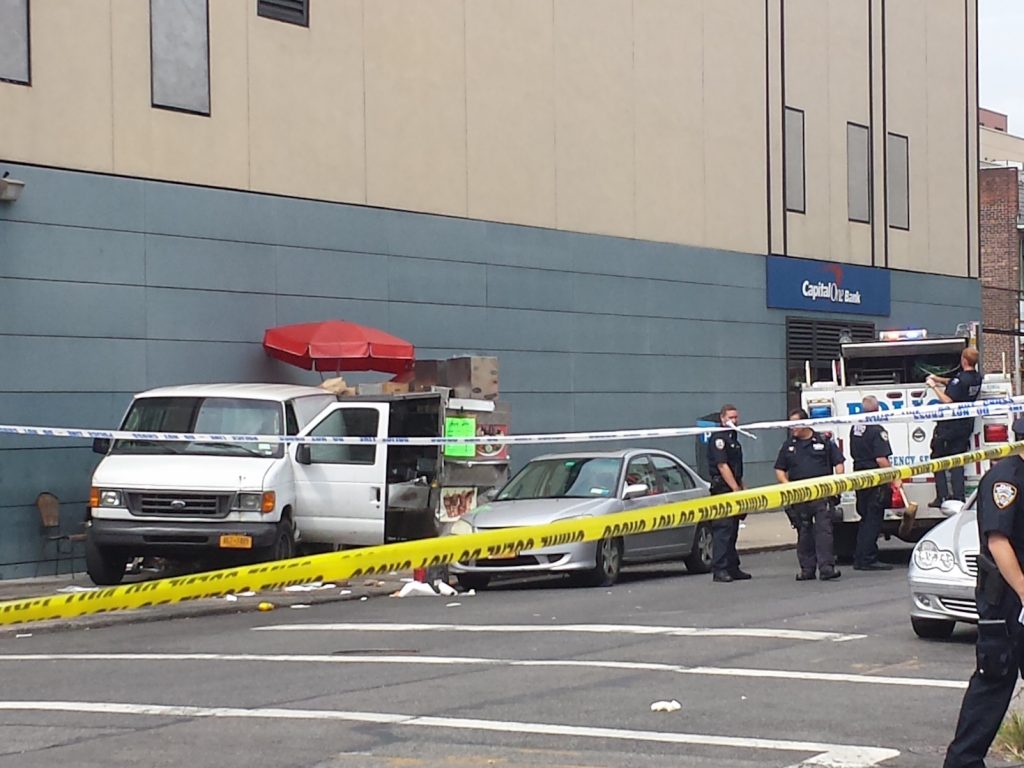 On the other side of Broadway, the popular food truck had at least 15 people around it when panic began to hit and witnesses state that everyone began scattered quickly out of the way like ‘ants’.

Unfortunately, an 81 year old woman was run over by the van full on, along with the 71 year old food cart owner.

“The old lady was just a rag doll, just mangled,” Nicholas Drivakos, 42 told nydailynews. “I put a roll of paper towels on the cart worker’s wounds for the cart worker. He had bruises and cuts all over his body. He was speaking to me so he was conscious.”

The van was going around 15mph when it hit the pedestrians and the food cart, sending the food cart into the bank wall. Witnesses were shaken by the experience, the driver of the van quickly ran across the intersection and put the van back in park.

Astorians have quickly taken to online forums to give their condolences to the victims, with talks of a GoFund starting so as to help the victims of the gruesome accident.