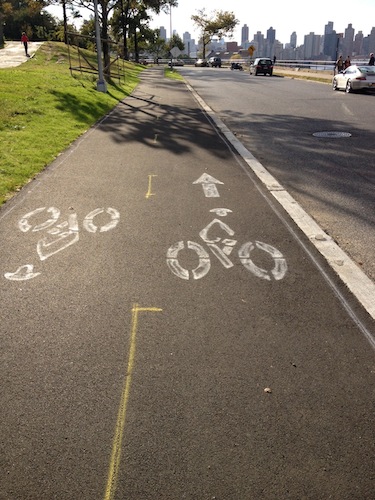 A new place to ride!

Department of Trasportation released the plans for a new bike lane which will go from Astoria to Jackson heights, and connect with existing bike lanes across Queens.

The plans that were put forward would help increase life quality in a community of 500,000 currently living in Astoria, East Elmhurst, Ditmars, Jackson Heights and Corona.

Astorians will be able to enjoy a safe ride from 31st Avenue, Socrates Sculpture Park, all the way to Jackson Heights where the lane will connect with Flushing Promenade. The east-west bycycle connection will not only connect with already established lanes, but also with the Queens waterfronts, giving cyclists a much better ride.

There are hopes for the lanes to help organize roadway users, calm the already hectic Astoria traffic, and improve circulation all together. With areas where the subway system is wanting, the lanes will help out and hopefully get people moving a lot more efficiently and environmentaly clean.

Apart from the good news, the Queens Bike Initiative is also organizing a Queens' jazz ride this may along with a bootcamp to encourage women to ride in June, a food ride, a Thanksgiving food distribution ride and even a Christmas ride along. Plenty of rides to take this year, and plenty of reasons to get healthy.