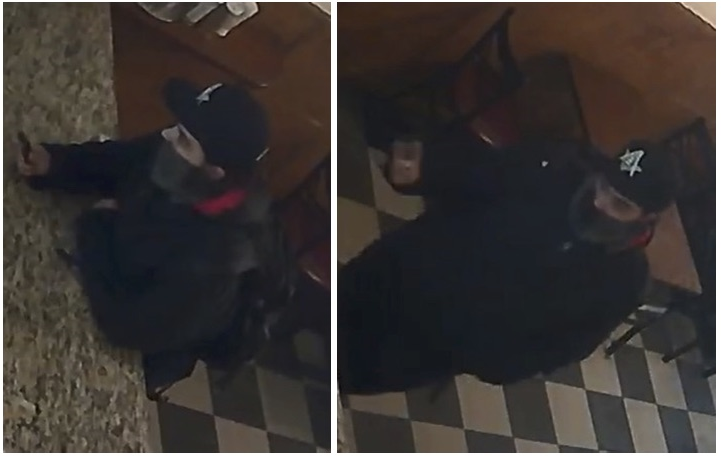 Police are offering $2500 for any information regarding 5 robberies which occurred at knifepoint by a single suspect in the last month.

The man was described as a white male, about 20 years of age. He was dressed in a black jacket, red hooded sweatshirt and dark blue jeans with gray boots. He wore a black hat with a freemason symbol on it and wore a black and grey head scarf covering his face.

Beginning February 16th, the robberies have targeted commercial establishments only, all from 29th Street to 21st Street.

The last two robberies occurred on the 23rd of February. 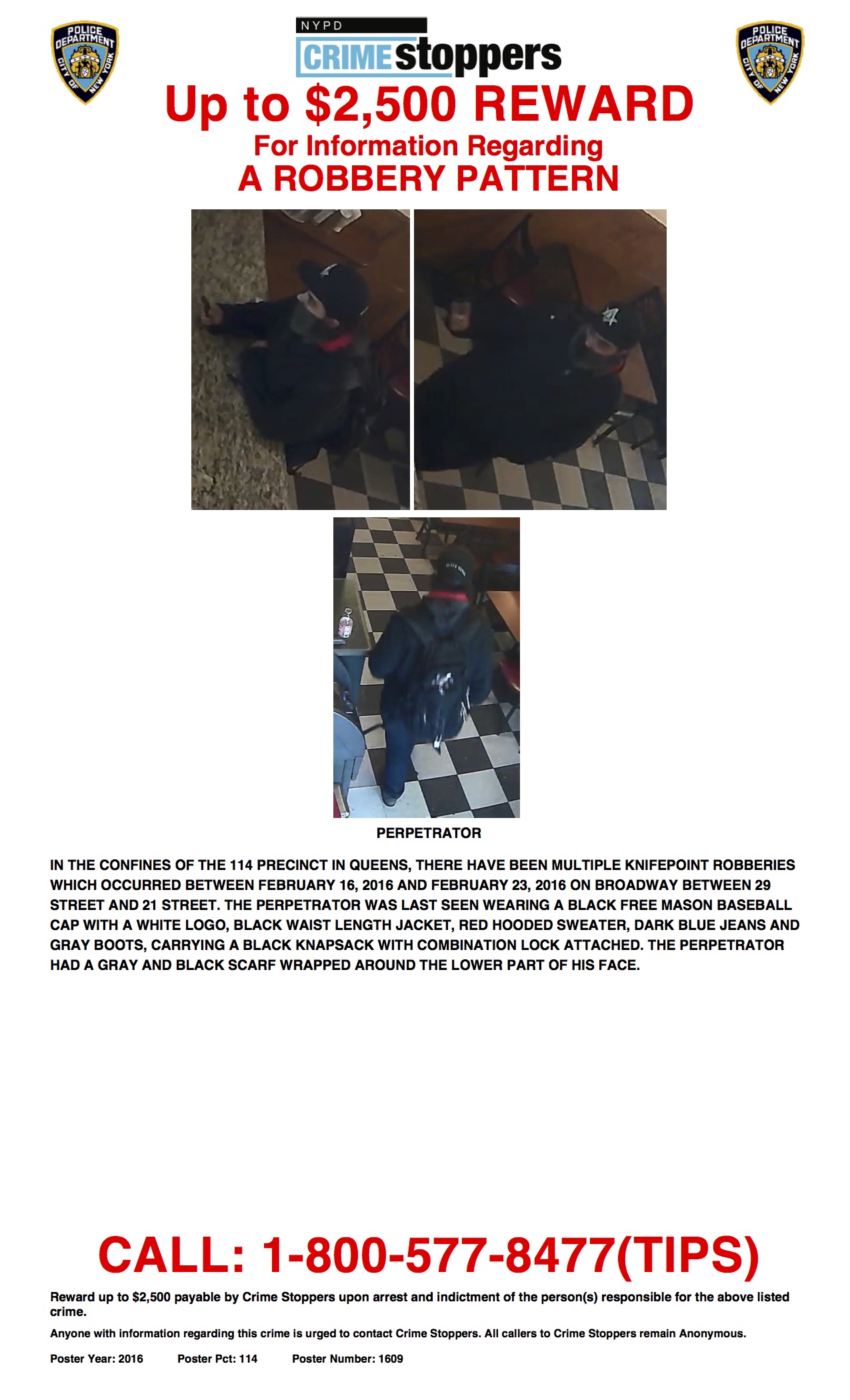 Anyone with information in regards to this incident is asked to call the NYPD’s Crime Stoppers Hotline at 800-577-TIPS (8477) or for Spanish, 888-57-PISTA (74782). The public can also submit their tips by logging onto the Crime Stoppers website at www.nypdcrimestoppers.com or by texting their tips to 274637 then enter TIP577. All calls and messages are kept confidential.