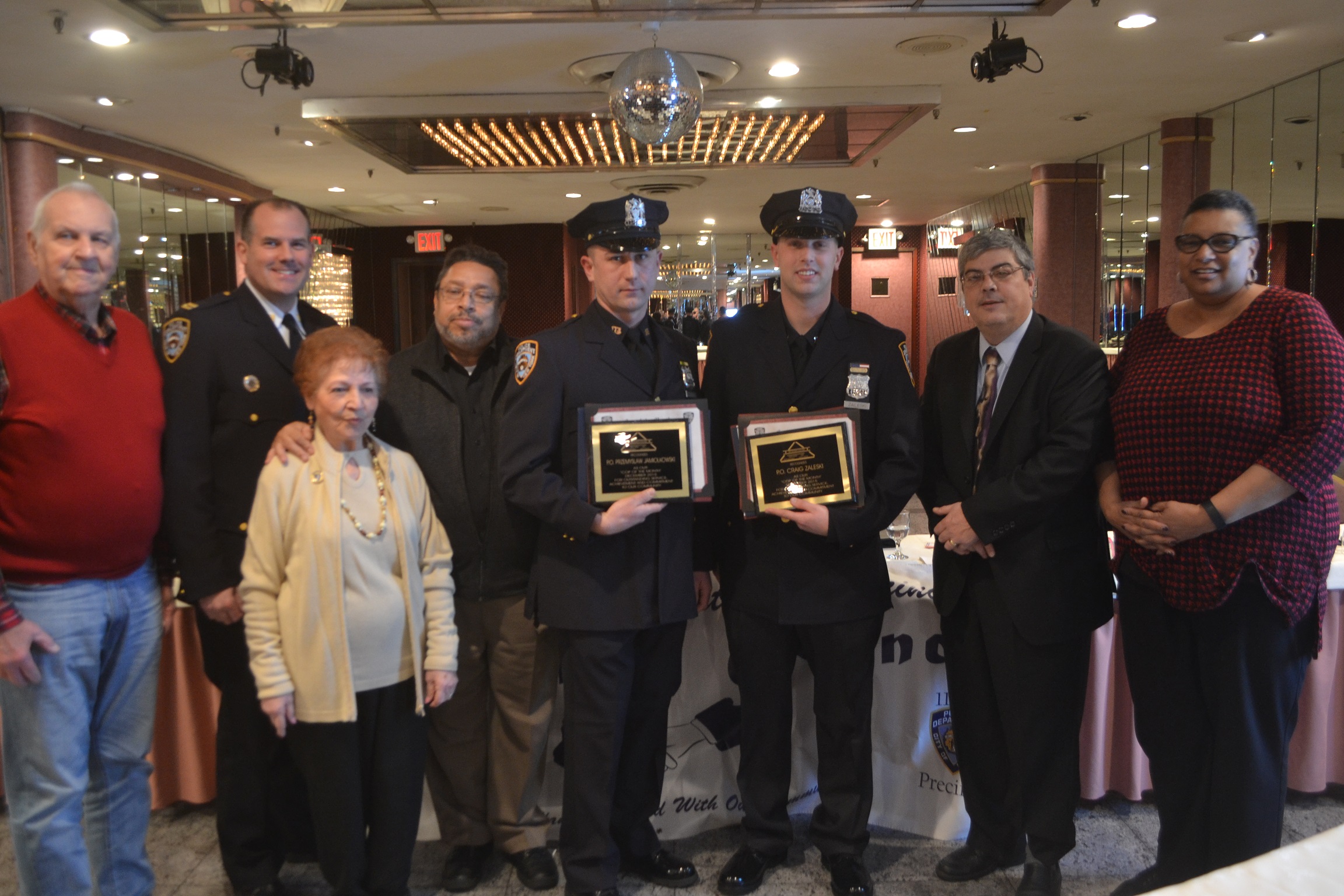 Two Astoria police officers – Przemyslaw Jamiolkowski and Craig Zaleski – have received Cop of the Month honors during Tuesday’s 114th Precinct Community Council meeting in Astoria, after arresting two men who were wanted in connection to a list of larcenies.

On December 22th, 2015, at about 9:30PM, the two officers were out patrolling the neighborhood when they spotted two males acting suspiciously, according to QNS.

The individuals were standing in a driveway at the intersection of 29th Street and 21st Avenue.

As the officers approached, they noticed the suspects removing wrapping from packages, and placing them in a shopping cart.

Since in recent times, the area had seen an increase of packages being reported stolen from residents, the officers approached the suspects and began questioning them.

As the questions began, and the suspects started fidgeting and contradicting their story, Officer Jamiolkowski recognized one of them from surveillance footage taken by Rite Aid pharmacy.

The officers quickly placed the two men under arrest after which they contacted the owners of the property to inform them of the incident regarding the packages.

QNS stated that through the investigation that followed, the officers soon discovered that the duo had been quite busy. They were not only wanted for a robbery involving a livery cab driver, but also for 29 larceny incidents reported by Rite Aid pharmacies, along with a number of stolen package thefts.

Captain Fortune of the 114th Precinct gave praise to the officers in regards to their "vigilance and exceptional investigation."