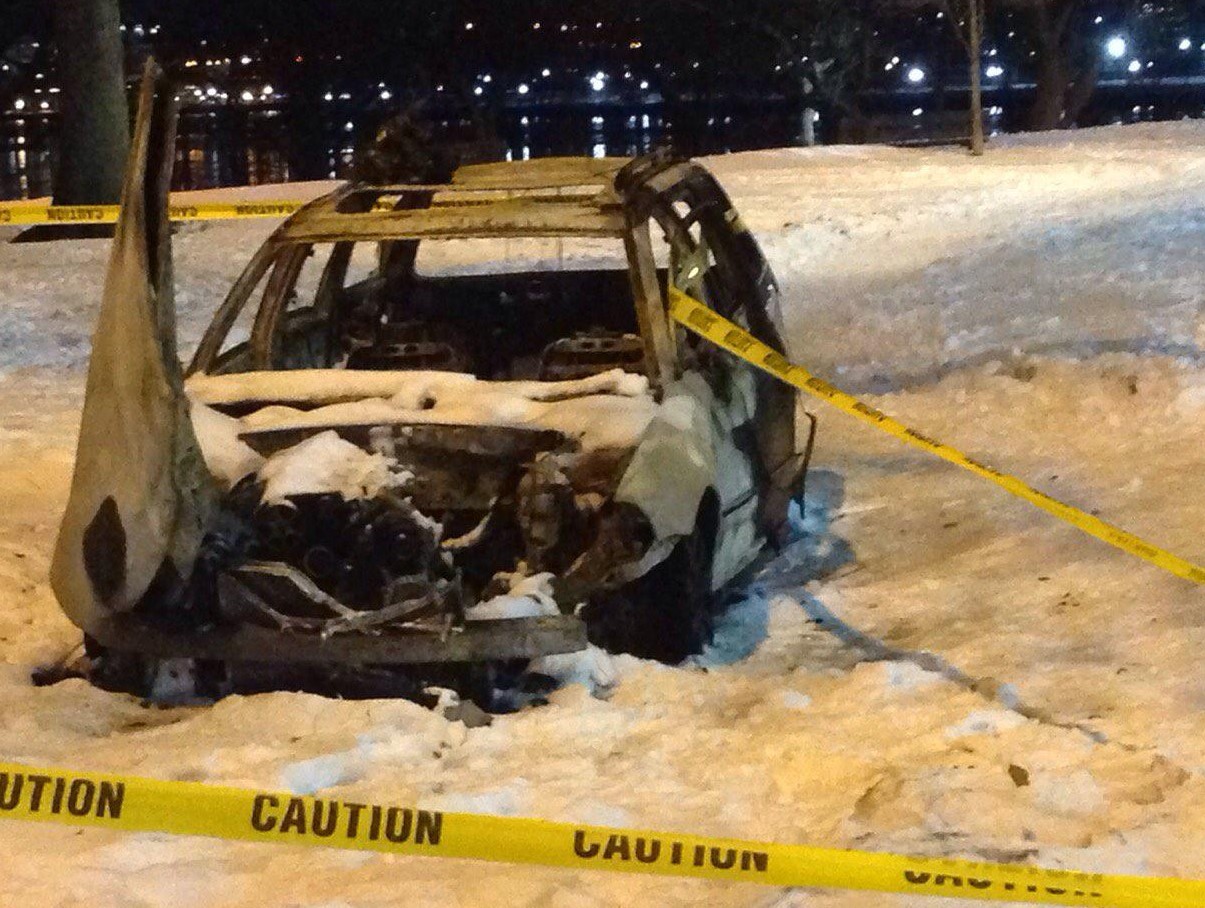 A car burnt to a crisp was found in Astoria Park this weekend following the major snow blizzard that swept through New York City.

Whether the two incidents are related is yet to be confirmed. 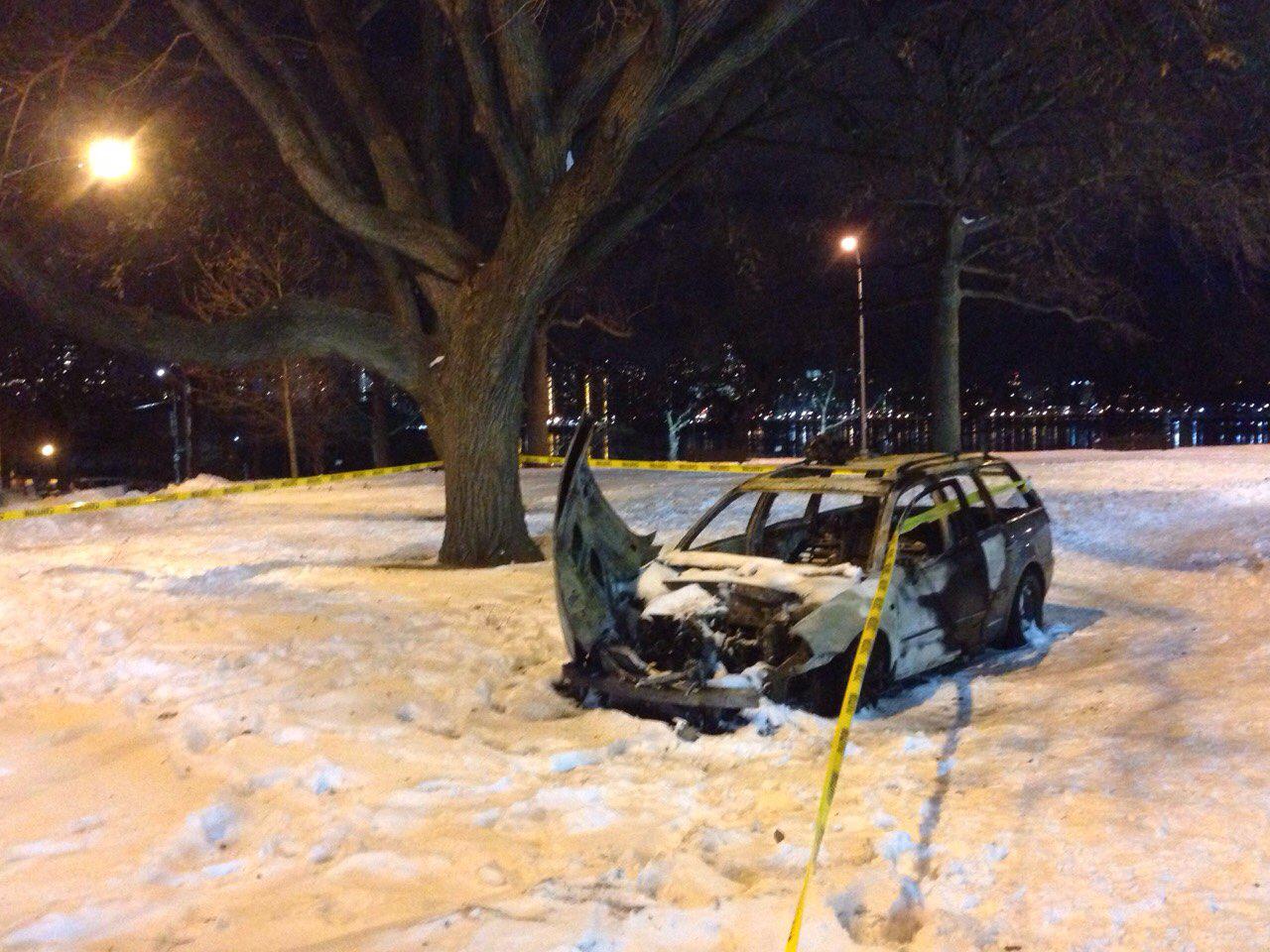