What’s Going On With The R?

‘Infrequent and unreliable’ are just two words that have been used to describe the R Train recently. ‘Rarely’ is also a name that some people call the train that is lacking, to say the least, in on time performance.

For many communities, the R is their only transit line. It makes stops in Manhattan, Queens and Brooklyn. Which makes the problems of the R frustrating at best.

QNS reported that over 40 elected officials along with transportation groups are demanding that the MTA make a full review on the R line. 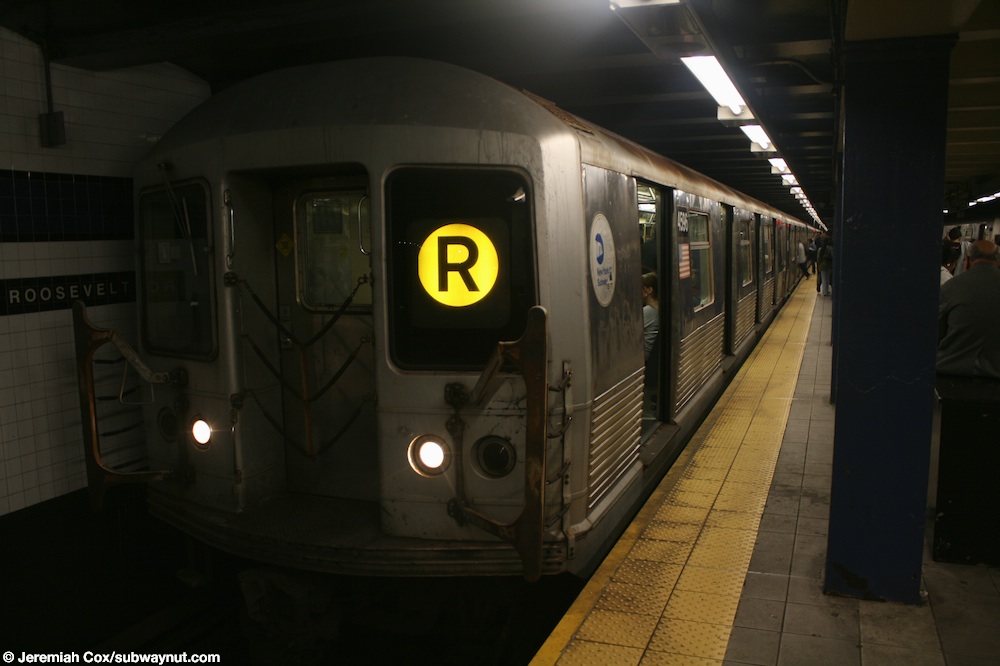 Image of the R Train

A letter was sent to the MTA President Thomas Prendergast by Brooklyn state Senator Daniel Squadron and City Councilman Vincent Gentile. Signed by elected officials from Manhattan, Queens and Brooklyn, along with transit groups Riders Alliance and Straphangers Campaign, it urges that a review be conducted in the following six months.

According to QNS, Councilman Costa Constantinides was also one of the signees, stating that;

“R train riders must contend with delays and infrequent service, combined with older train cars…….A full line review to assess current issues and examine possible solutions would help to potentially improve the commutes of our residents.”

The poor station conditions and lack of communication are also on the list of review topics. Older train cars can often be heard screeching into stations, and according to a study done by Staphangers in 2013, breakdown more often than any other line.

Some are also demanding that the review process be sped up, as the A/C Full review took 18 months to do, which would leave the R in poor condition for far longer until the MTA gets to its review.

Many Astoria residents say that the R is often late, with some stating that it feels like the train will ‘break‘ every time they ride it.