Astoria Underpass To Be Transformed With Art 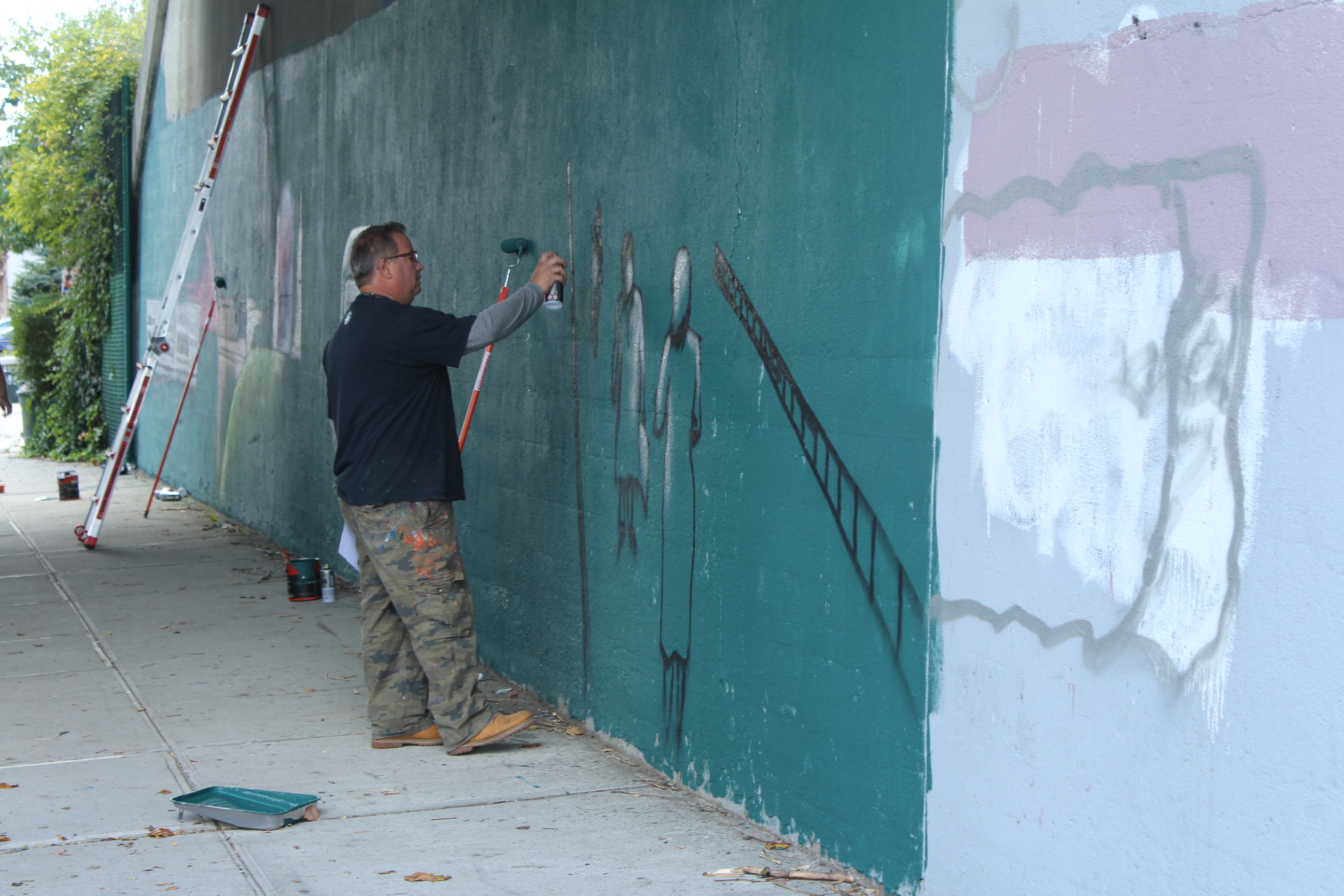 501, founded by Noah Sherrof in 2014, is an organization that goes around New York City, taking drab and doll walls and turning them into art, reported qns.The non profit organization does so in order to help people of the neighborhood get more involved in their communities, and next on the list is Astoria.

Sherrof, who doesn't actually draw any of the art, and Councilman Costa Constantinides sat down and went through a bunch of ideas, eventually coming up with Astoria residents dressed in old-school garb, the Hell Gate Bridge, and Air Line Diner to go on the underpass on 25th Avenue and 48th Street. The work is set to be finished, October 20th.

The vision will be brought to life by artist, illustrator and painter Kenji Takabayashi.

According to qns, Takabayashi was art director of Major League Baseball for 28 years. Growing up in Ozone park, he would often be seen doing graffiti in subways and buildings. He became a photographer soon after, when Time Inc. noticed his talents.

The point of it all is to get the people of the community to take more notice of things going on around them according to Sherrof.

Any residents taking a stroll tomorrow through the underpass will get a pleasant surprise.