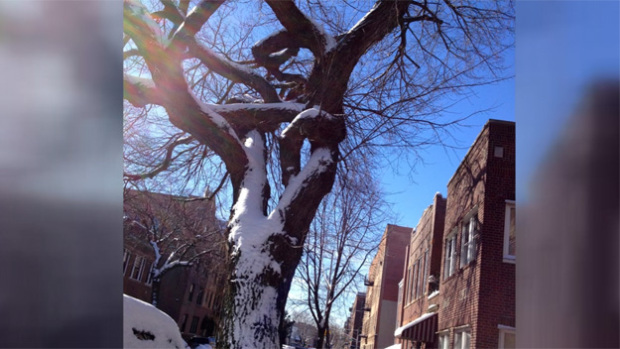 In the midst of all the new high rises and subway tracks, it’s easy to forget that some of the trees in the neighborhood have been around longer than any of us.

One such tree was a large elm on 34th street – a huge, sprawling monument that stood tall for more than 100 years – a long time in modern day New York City.

The tree, as reported by CBS2, was cut down yesterday, amid concerns of it being structurally unsound. Many residents aren’t happy – this just seems like another notch in moving Astoria towards a metropolis – simply an extension of Manhattan. While we’re lucky to have Astoria Park, the trees that line the streets make Astoria feel a little more like home.

One resident, Nicole Patterson, was caught on video attempting to stop the destruction of the tree. In retaliation, the city worker apparently answers her with quite a few derogatory remarks.

What do you think? Was it better off to cut off the tree – just in case? Or are we slowly destroying the beauty of our neighborhood?