Astoria Stand Up: Join the Movement! 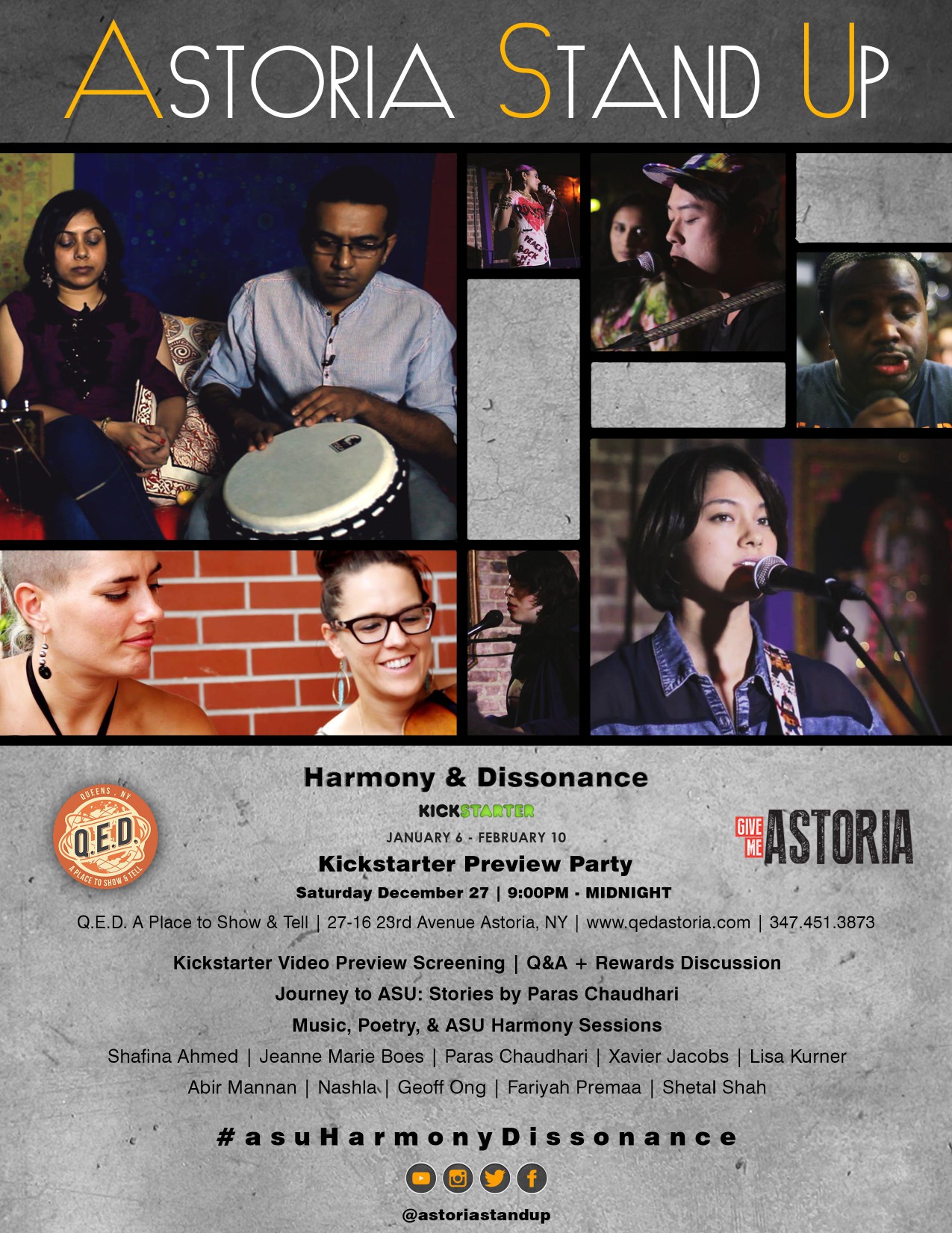 We’ve shared the story of Astoria Stand Up before, and now they’re kicking things into gear!

They’re having an event this weekend to share their Kickstarter Campaign video. The Kickstarter Campaign serves to help move Astoria Stand up to the creation of Harmony & Dissonance, a two part music and film project looking at imbalances in our society and actively implementing a possible solution. 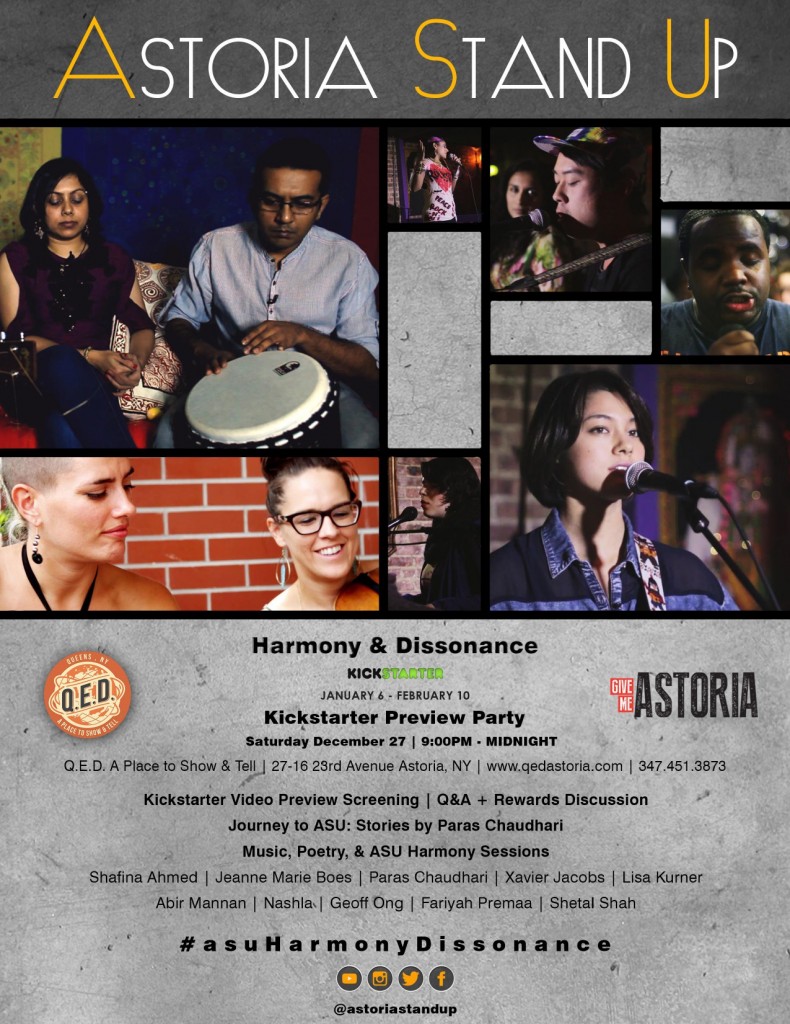 There’s a lot of different parts involved in the two areas of Astoria Stand Up: Harmony and Dissonance. Here’s some more information on both: 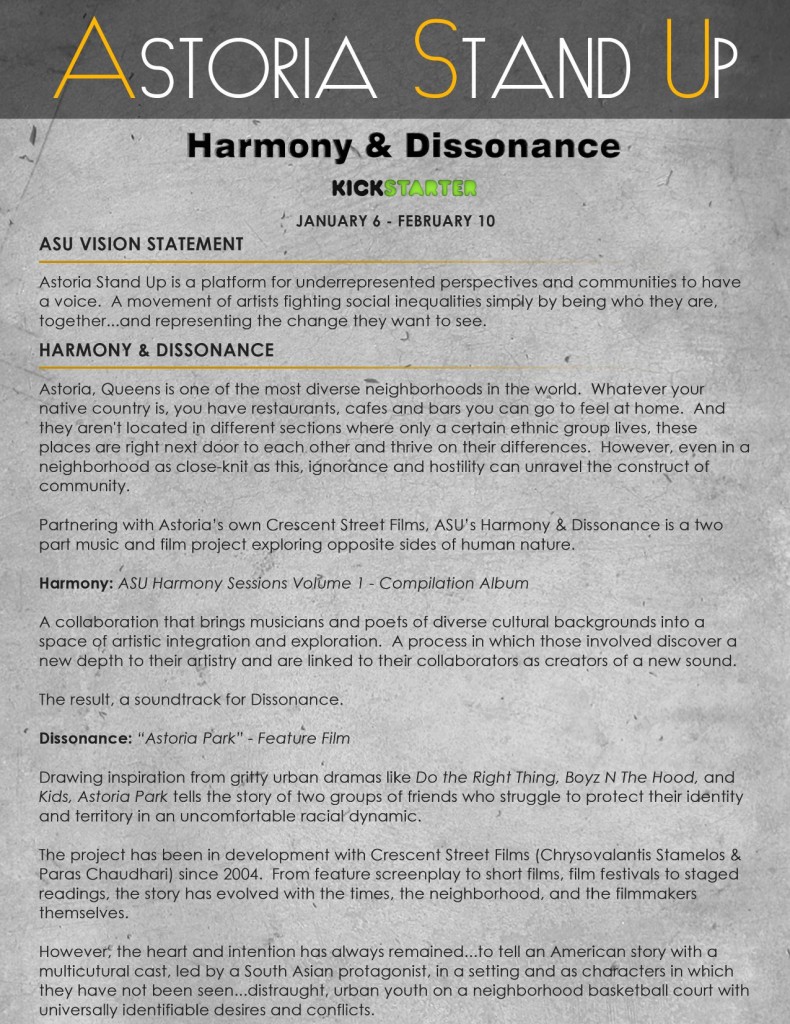 If it still doesn’t make sense – it will when you see it all put into action. We love Astoria Stand Up because the basis for everything they do – whether it’s the film they’re creating, the music they’re making, or the events they’re having – is community. They’re as Astoria as you can get, and they take pride in using Astoria not just as the backdrop for their movement, but as the binding force that holds it altogether.

It’s going to be an awesome event – we hope to see you all there!