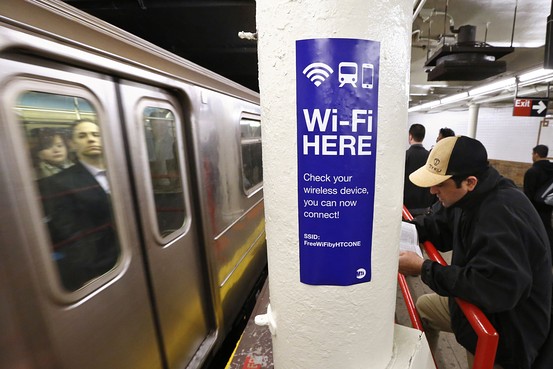 Now you can finally do what you’ve always wanted – browse Give Me Astoria in the subway.

Jokes aside, the MTA has made some seriously awesome advancements. They plan to bring Wi-Fi to 227 subway stations – and many stations in LIC and Astoria have just been added!

The stations that now have Wi-Fi are Queens Plaza, 36th Street, 46th Street and Steinway Street, on the R line, as well as Vernon/Jackson, Hunters Point Ave and Court Square.

The new stations bring the total to 76 stations with Wi-Fi. There will be seven phases to roll out all that stations – the newly finished stations are part of the second phase.

You can now check e-mail, make calls, and most important: see what’s taking your train SO LONG TO GET THERE. It’s a pretty awesome addition – we can’t wait till it’s implemented in all 227 stations.