Finally! A Quicker Way to Get to LaGuardia, Through Harlem and Astoria 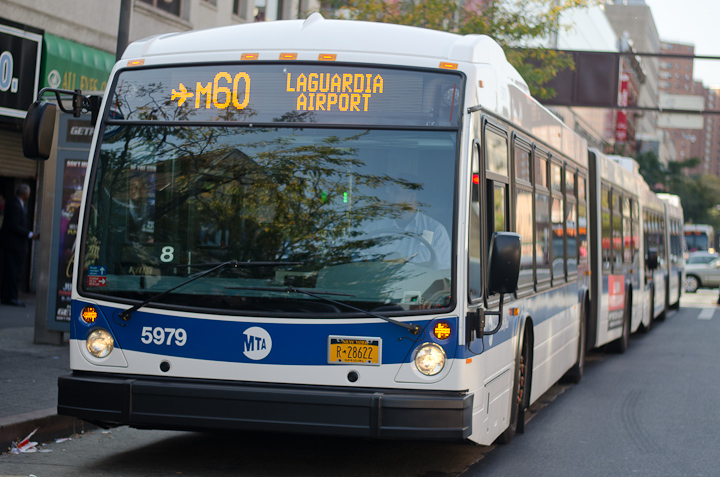 Select Bus Service, or SBS, was recently rolled out by the MTA, and it’s gotten great reception. The M60 select bus will now continue on it’s path from Harlem to Astoria to LaGuardia airport – but it will be making nine fewer stops, and will have off-board payment. Now, that might not seem like a big change, but it has cut down the hour long ride by more than 10 minutes – a change that is deeply welcomed by riders. There’s also no additional fee, but proof of payment must be kept for the whole ride. Select Bus Service vending machines

Since 2011, the SBS to LaGuardia has been in the works, with over 50 meetings devoted to it. A year ago, the idea was shelved…and then brought back. Mayor de Blasio is aiming to have 20 select buses throughout New York City, and the M60 makes 7.

Every day there is a whopping more than 33, riders using the buses on 125th street, including 10,000 daily M60 users. The other SBS routes have cut travel times by about 20 percent and increased ridership by about 10 percent, according to the MTA.

What are your thoughts Astoria? Do you think the M60 bus is a good idea? Or do you think $6 million to cut out 10 minutes isn’t justified? We want to hear your honest thoughts, drop us a comment!