One of the most fascinating aspects of local history is discovering that there was once an entire world which now no longer exists – a world of people, places, businesses, roads, and byways that breathed with life for decades, maybe even a century or more, only to one day disappear as if it never existed at all.

On the shores of northern Astoria which borders today’s East Elmhurst was once a peninsula of land overlooking the Bowery Bay, or as we call it, Flushing Bay. It is here that William Steinway envisioned a pleasure ground for his newly developed Steinway district of Astoria; a place which would, in the mind of the great German piano maker, rival Coney Island. And so it was in 1886 that Steinway and George Ehret, a fellow German immigrant and founder of the Hell Gate Brewery, joined financial forces to build the North Beach Amusement Park and Bathing Pavilions across 400 acres of land.

Little is known about the exact cost of North Beach’s construction, but Steinway did write about its opening day in his diary on June 19, 1886: “People at Bowery Bay Beach, and my railroad is unable to carry half the people. At 5 p.m. all the beer is gone, and people overflow Steinway Village and drink all the beer there!” 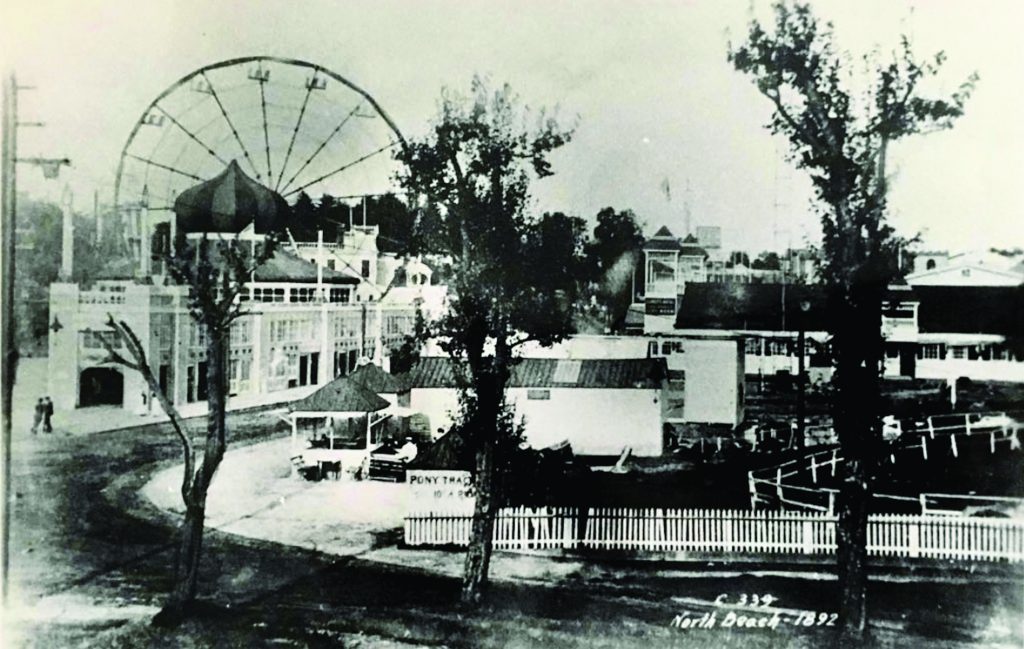 Originally known as Bowery Bay Beach, both Steinway and Ehret built a large bathing pavilion, a boathouse and ferry dock known as The Grand Pier, picnic areas, and restaurants. It would expand to include grand hotels, carousels, and water slides at the Gala Amusement Park, a small zoo, silent movie theaters, and various stage and theater acts. There were fireworks displays, shooting contests, boat races, vaudeville shows, as well as the East Coast’s first Ferris wheel! There was even a toboggan slide that hurled boats into a four-foot-deep lake and a daily dance in the hall pavilions at Sandford’s Point (but not on Sundays). Today, the Sandford’s Point pavilion is the location of LaGuardia’s northbound runway.

In 1897, gambling became a major attraction. Working-class visitors filled the steamboats and trolley cars in the hopes of striking it rich at North Beach. What a sight it must’ve been back then for residents from northern Astoria to look out over what is today LaGuardia Airport and see a towering Ferris wheel, huge beer and dance halls, water slides and thousands of people laying on the sandy beach or floating in the cool (and clean) Flushing Bay. 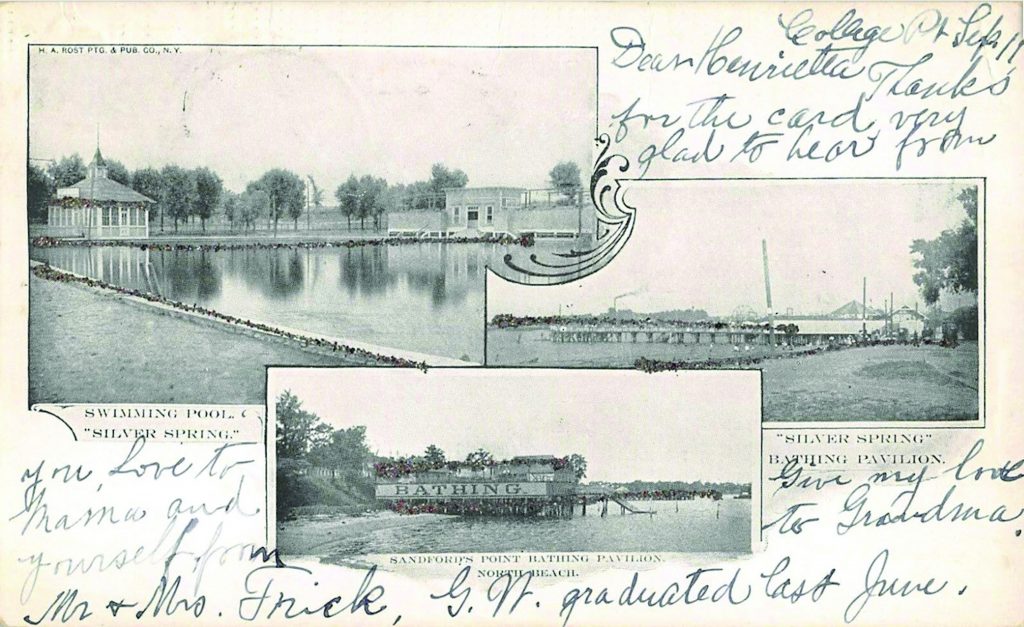 The bathing pool and spring at Sandford’s Point situated on the tip of North Beach.
Photos Queens Historical Society

By 1917, the Great War in Europe caused the amount of German immigrant visitors (the largest demographic at North Beach) to decrease due to fear of anti-German sentiments. In 1920, the nationwide prohibition of alcohol caused the beer gardens and dance halls to close. The beach continued to be a place of recreation and bathing until pollution in the water noticeably increased in the summer of 1923. Two years later in 1925, North Beach announced its last season. Only the amusement park which had been greatly reduced in size and the ferry port remained until 1930.

Today, the skeleton of the amusement park lies buried beneath the airport and the Grand Central Parkway. Not a street, trolley track, pier or Ferris wheel remains to tell the tale of North Beach.

It had all come and gone.