For Astoria resident Joe Brown, the corner of 34th and Broadway has been an itch in his entrepreneurial side for as long as he can remember. Joe isn’t new to the industry as he is also the owner of popular hot spots Rocky McBride’s and PJ Leahy’s.

As the stars aligned and timing was perfect, Brown was finally able to call himself the owner of a restaurant/bar on the block he grew up on. His love for Astoria runs deep and it’s all about the community for Joe. The family, who are now in their 4th generation here, have long believed in welcoming anyone through their doors, very much running Trestle according to that philosophy.

Having family help run the place augments that philosophy, as one of the Managers, Jackie (Joe’s sister) busily tends to each customer with co-manager Jessica (longtime friend) as they maneuver from table to table, ensuring diners receive top level hospitality.

When it comes to the look and feel, the inspiration stems from Joe’s daytime job in construction and overall admiration for the greatest city in the world, New York City. 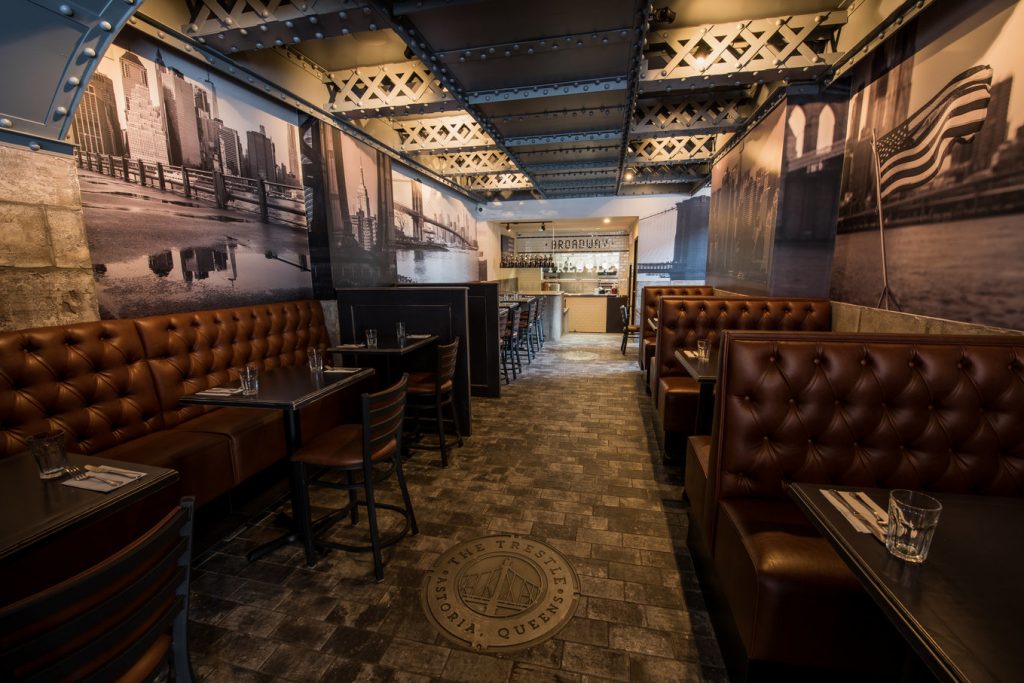 From the first step inside you know they got it right. Every bit of the space is utilized splendidly in accordance to the Bridge and Tunnel 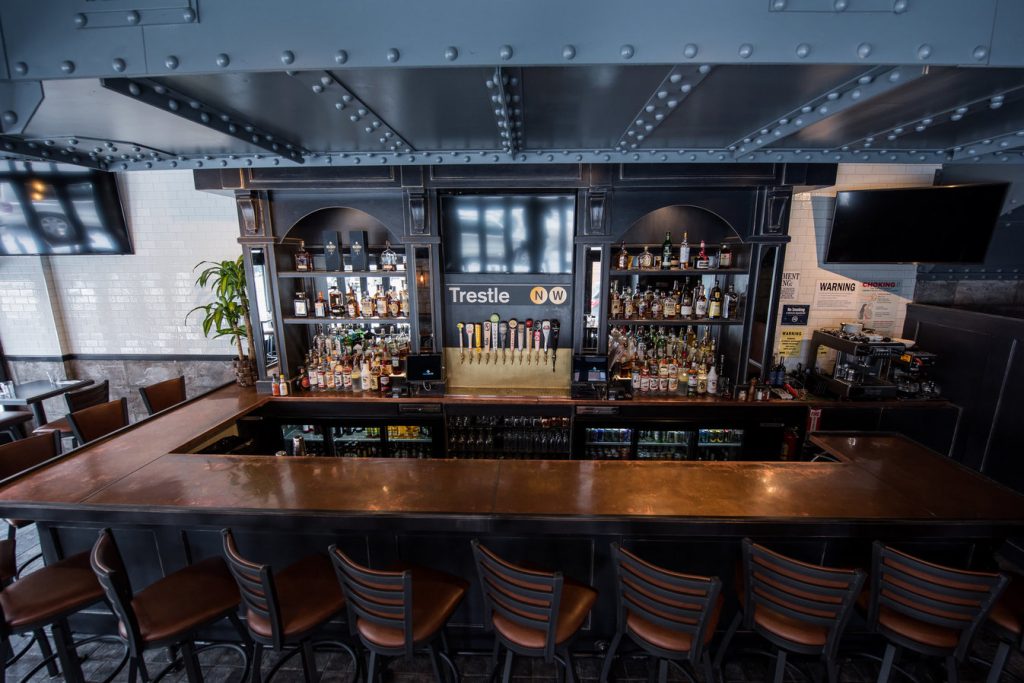 theme. From the dark wooded bar with a copper top, along with high tables strewn about, to the booths; all brown leather clad with a dark wood finish that line the walls.

Open lighting from the side and front windows gives Trestle a spacious and welcoming atmosphere, and the décor is nothing but New York. Photographer Peter Manaridis captures the city in large spanning black and white prints that adorn the walls. Bridges, rivers, the skyline, all sit quietly in the background, unobtrusive to your meal.

Balanced by the industrial beams (trestles made from wood that very much resemble real steal beams) and cobble stoned floors, complete with customized manholes adorned with the Trestle logo, the architecture shows the stretches and passion that went into every detail. Down to the plastic cocktail stick ingeniously fashioned into a screw.

It is that thought into every detail that leaves you pleasantly looking for more. 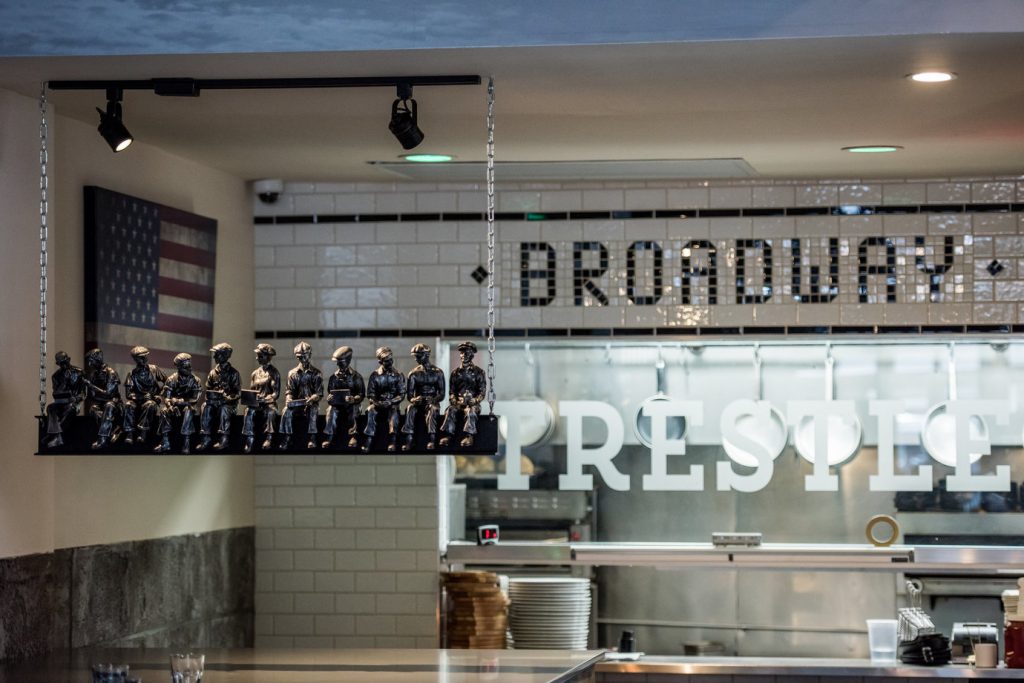 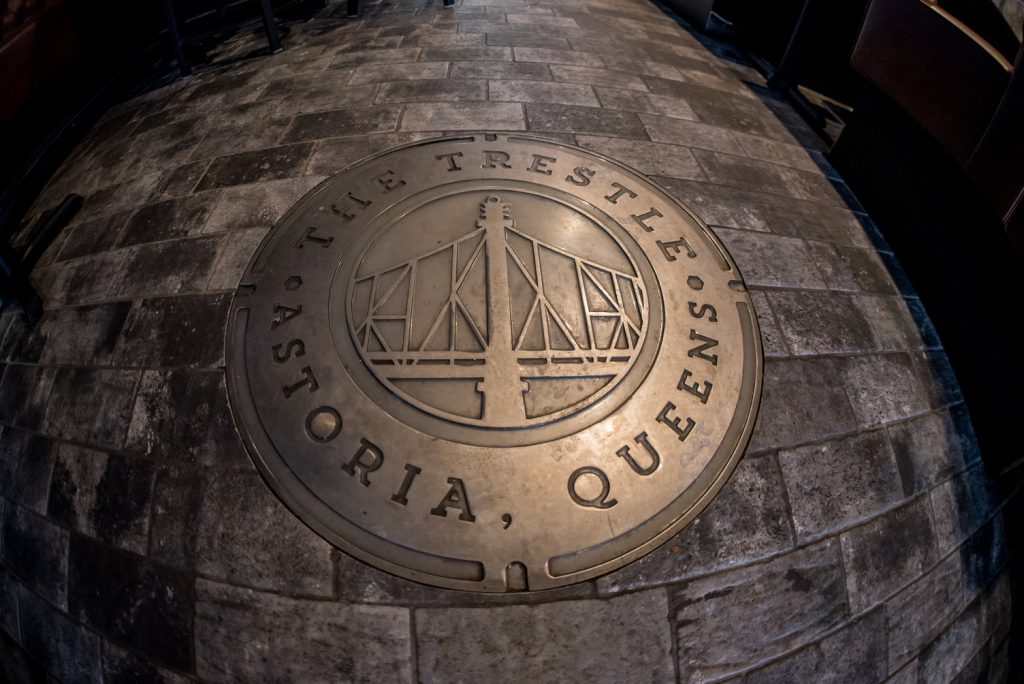 Where black and white prints end, cinder-block walls begin. The greys are so objectively opposite of the brown leather seating, yet somehow complement each other in a way that only a New York warehouse can.

Reviewing a bathroom is an oddity in itself. But I can’t not talk about the sounds of the busy MTA that come from above as you close the door. Or the industrial golden globes above the mirror that give an added warmth to your washroom experience.

Six HD T.Vs provide all your sporting needs at the bar, so whether you’re with friends or going solo, you can always enjoy a drink and watch the latest game.

And outdoor seating is on its way within the month, with availability for 30 people to enjoy the sun.

The Wine list isn’t long but has nice choices of whites, reds and sparkling along with a few Proseccos and rose.

There is also whiskey for those wanting something stronger as well as some signature cocktails handled nicely by the bar staff.

Executive Chef Shawn Hewitt was born to cook food. Son to a chef with eight restaurants under his belt, brother to another chef, and protégé to renowned international Chef David Burke for 18 years, the Montauk native has cuisine running through his veins. The menu and the execution shows the unbridled passion for American flavors one can only expect from a skillful culinary expert. Cooking for over 25 years he has worked with some of the industry’s best, including nine years under Bobby Flay.

It is clear that Trestle is not just a passion project for Joe Brown, but equally as much it is an endeavor in itself for Chef Hewitt who was kind enough to take me through the menu and the dishes served. 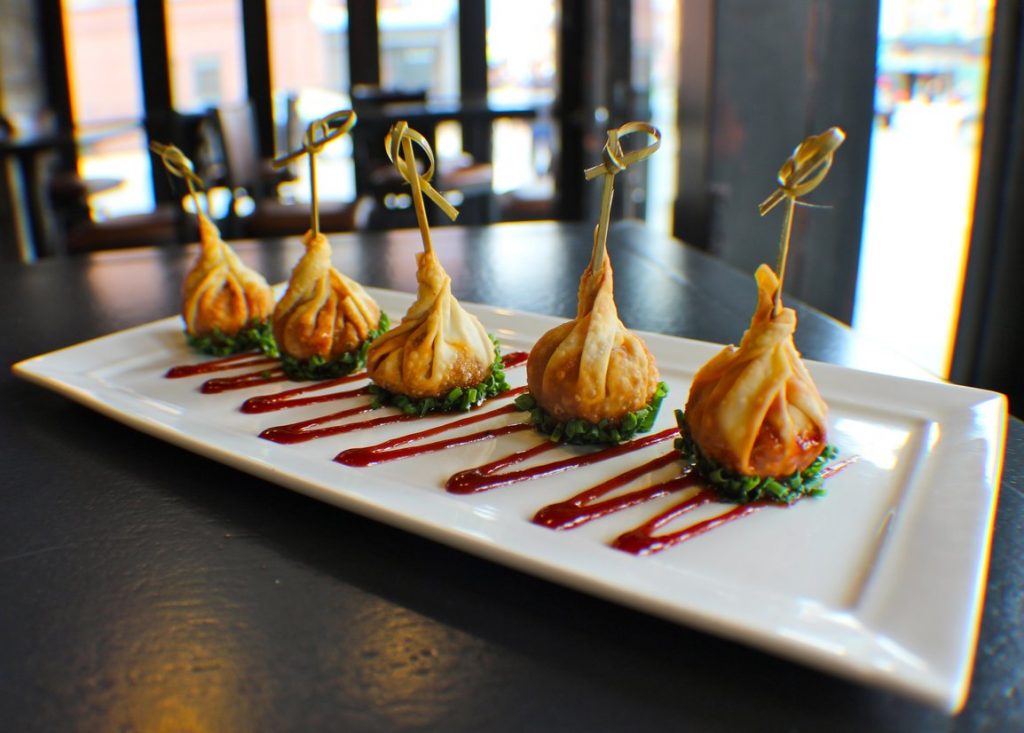 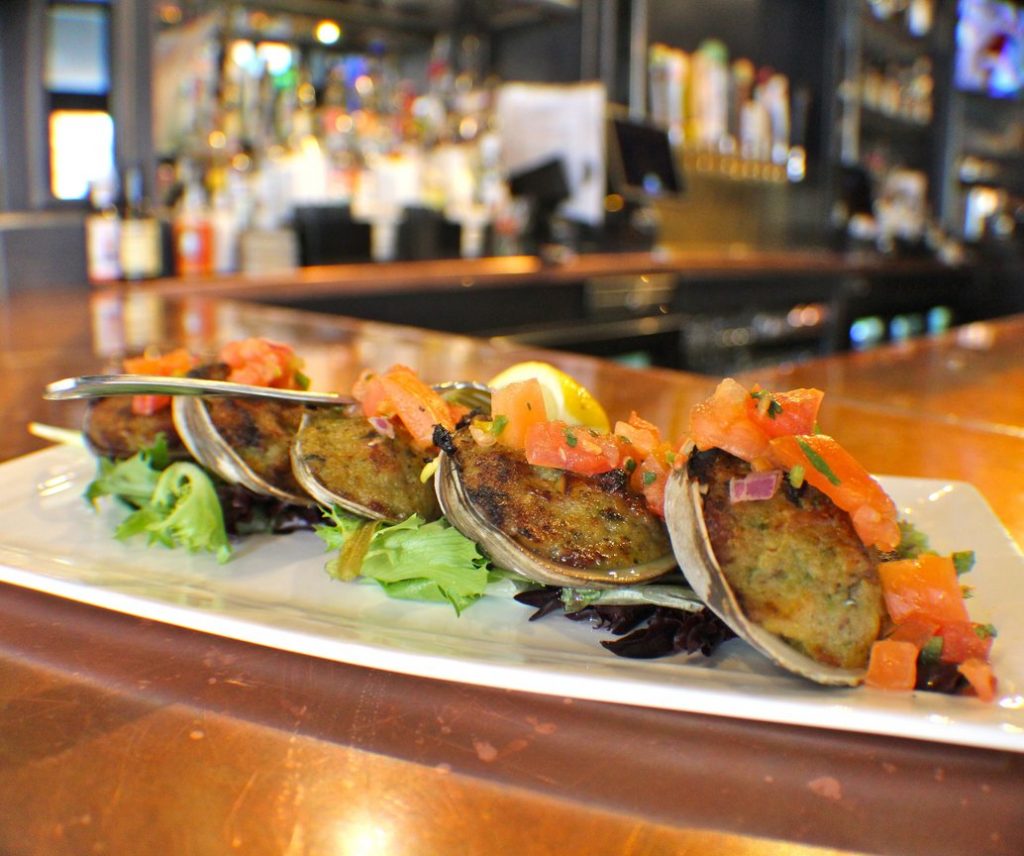 Looking through this restaurant, down the tunnel toward the back, the words Broadway in black tiles on white, and Trestle, etched in glass below it, right above the kitchen counter signal the two main ingredients in its conceptualizing.

This is who we are, they say. This is our dream, and you are welcome to enjoy it.

Thank you Trestle, we have and we will again.