For those who have recently taken a walk along 30th Avenue, no doubt you would have seen the bright red SEIZED sign that is plastered onto the New York Dog House window.

The property was seized by the New York State Department of Taxation and Finance only a few weeks ago, forcing the owners to shut up shop. 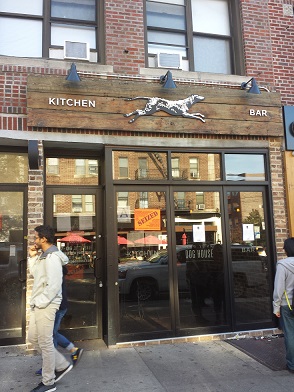 However according to a second poster by owner Vlad and staff, the Dog house is working its way back.

‘It is with great sadness, extreme frustration, and due to unethical behavior of the Department of State we have to ceased operations for now’ the poster says of the issue.

‘We are working extremely hard to resolve this most challenging situation we have ever faced thus far’ it goes on. The Dog House has only been opened for a while and had already started to gather momentum in Astoria with their up-market hot dogs & burgers, along with their large menu of artisanal cocktails. 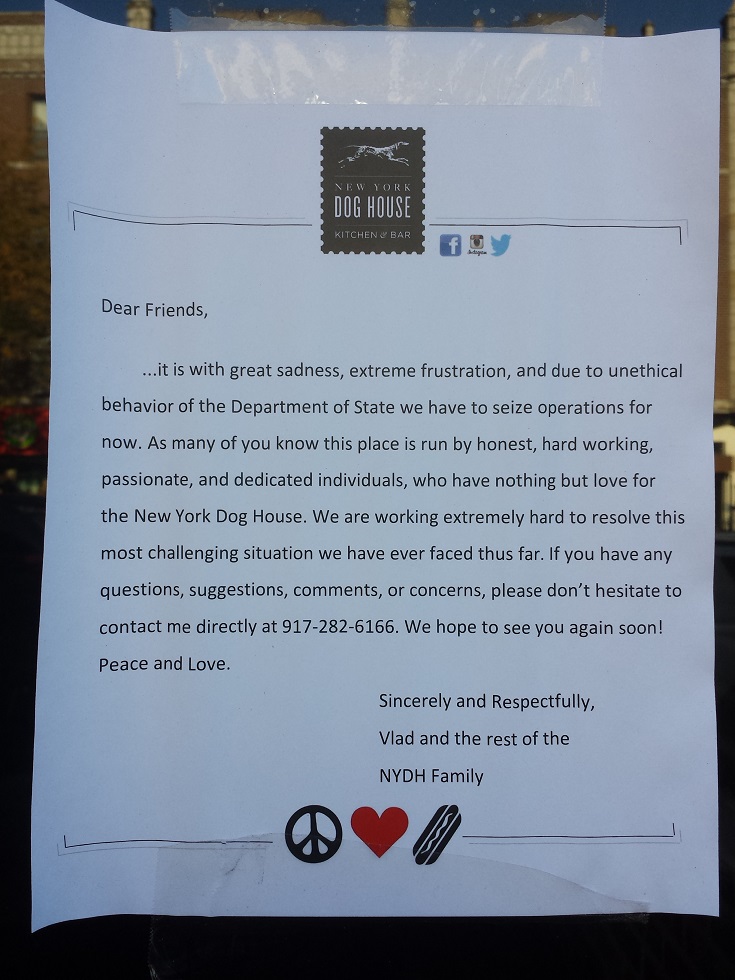 Letter From The Dog House

Situated on 37-06 30th Ave, the Dog House is in a central location. It’s on what is considered one of Astoria’s most busiest streets.

There is no telling how long this closure will last. The Dog House isn’t the only place in Astoria that recently was seized by the government for failure to pay tax. Euro Market was also forced to close its doors after failing to pay up to $200,000 in taxes. The popular market reopened not too long afterward.

As of yet the Dog House will remain closed. However

locals are hopeful that they too will sort
themselves out and reopen soon. 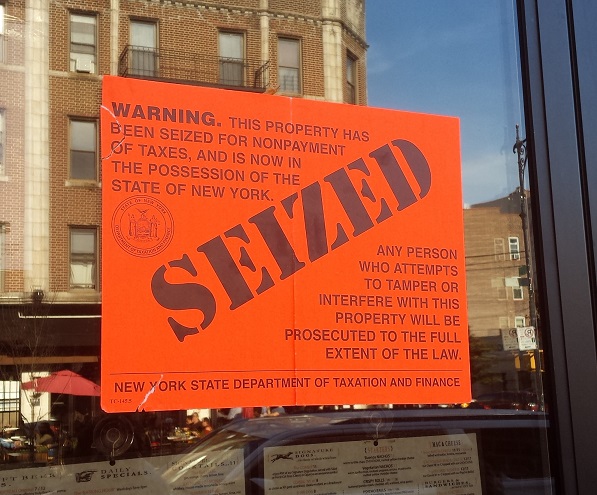