A new Neighborhood Policing Program has been unveiled by the 114th Precinct recently, a program that plans to both help prevent crime while reaching out to the community.

There are currently 8 other commands citywide that have incorporated the new program into their communities. The concept is based on designating Neighborhood Coordination Officers (NCO’s) who will have their own sectors. 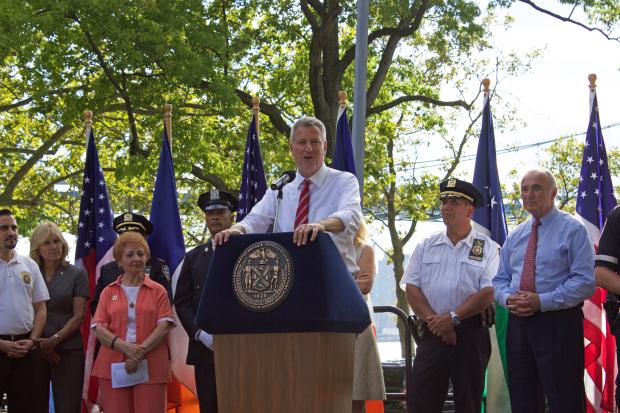 There, they will meet and greet residents and local businesses, offering assistants in solving any issues they might have, reported the Queens Gazette.

Another plus side is the programs reach toward the housing communities. It will spread throughout the Police Service Area 9 (PSA 9) covering: Queensbridge Housing Project, Astoria Houses, Woodside Houses and Ravenswood Houses.

Last week, the precinct introduced 8 NCOs. Each will spend time on foot, patrolling their individual sectors. They will be meeting and greeting with the locals, and familiarizing themselves with the area. The rest of the time they will be following up on investigations along with helping with neighborhood concerns.

Astoria Boulevard South to Northern Boulevard, Steinway Street to the east side of 21st Street.

The communities which will be involved with the new program are urged by Deputy Inspector Peter Fortune to participate by getting to know their NCOs.

The NCOs will also be sharing their NYPD emails and phone numbers with residents in their areas, including business owners.

For more information on the Neighborhood Policing Program at the 114th Precinct or to view a map outlining the new sectors go to: [email protected].