The Bayside resident spent most of his time growing up in Astoria, he told DNAinfo, where the Bocce Ball Court in Astoria Park was just one of the places to be 30 years ago. 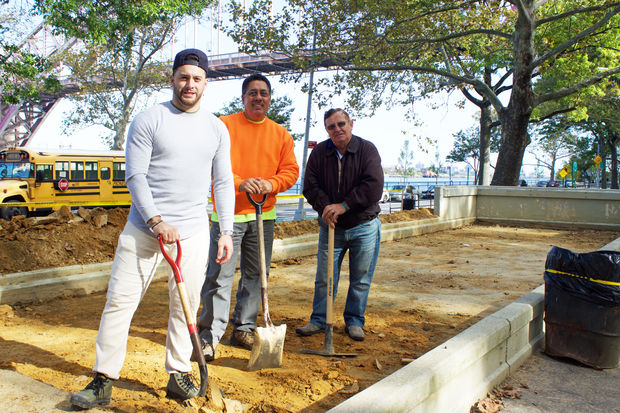 Now the courts are nothing but run down and useless. The wooden frame is rotting away and the court has been packed with hardened dirt and rocks.

Berrios, a former Marine trained to give his best in any job he starts was saddened by the shape the courts were left in.

And so he decided to do something about it. 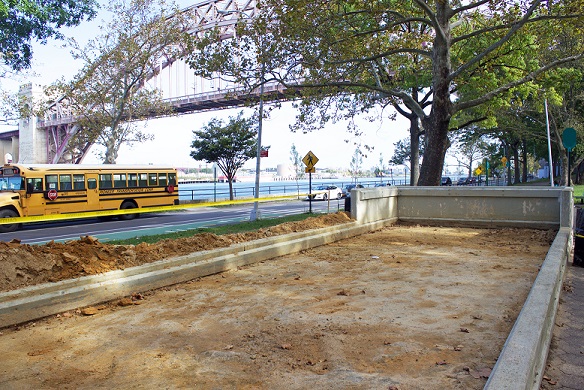 Berrior, who is 61 years old, went to the Parks Department and requested he be put in chard of the restoration of the court. Being in construction himself, he was keen to get it going.

It wasn’t long until Berrios’s passion paid off, and volunteers started showing up daily. Day by day the digging commenced, as Berrior and his crew dug through.

“It’s a nice game. If you have the right people you can stay and play all day long,” said Mimmo, a 64 year old resident of Astoria. “It’s a recreation for old people. What do they have to do at home? Watch TV, curse with their wives?“

The Bocce courts will give a lot of older Astoria residents a chance to get out and about, especially in the nicer months. Ditmars Park on Steinway Street and 23rd Avenue has its own Bocce court which sees many older residents come down for a game or two.

No doubt the Astoria Park restoration will see many more coming out.