Sierra Shields, a 30 year old flight attendant from Astoria, was last seen around noon on January 14th. She was leaving her job at LaGuardia Airport.

She was soon reported missing, after she failed to return to her apartment. Her family at the time of her disappearance said that Sierra seemed upset in the days before hand. 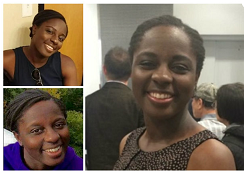 Her family spent the next months coming to New York from their home in Chicago, and doing everything they could to publicize her case.

The last potential clue to Sierra’s abrupt disappearance was her inquiry into speaking with a union representative on the last day she went to work.

Now, 8 months later, the remains of a body were found washed onto the shoreline at Rikers Island. The body was identified as 30 year old Sierra Shields.

Detectives from the 114th Precinct were called in to investigate the body around 3:10PM Wednesday last week.

The community have started offering their support to the family through the Facebook page which was created after Sierra went missing.

There was also a $10,000 reward for information in regards to her recovery from Teamsters’ Union, a group she was a member of.