This Saturday, September 24th, a march and vigil will make its way through Astoria, led by; celebrities, elected officials, community leaders and citizens who are all demanding that Mayor Bill de Blasio shut down Rikers Island.

The rally is all part of the #CLOSErikers campaign, an effort backed by 98 advocacy groups, all pushing for Riker’s jail complex to be closed after considering it a “failed” correctional facility. 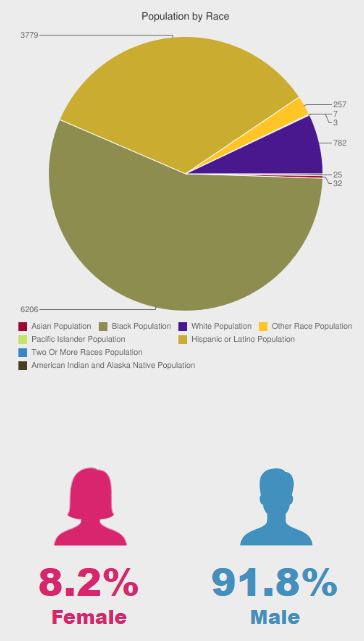 The walk starts at 4PM – with the group meeting at 1PM on Saturday at 30th Avenue and Steinway Street, where after the groups gather they will march as one to 19th Avenue and Hazen Street. The rally will end at 5:30PM at the foot of Rikers Island Bridge.

According to QNS, Captain Peter Fortune of the 114th Precinct, said that he is expecting 500 to 800 people to show up. There will be officers and traffic agents in cars patrolling the area, along with officers on scooters and on foot.

President and founder of JustLeadershipUSA said that, “Rikers does not deliver safety nor justice – it is wasteful, racially biased, unsafe and unjust…...With all that we know about the human suffering that occurs in Rikers, the biggest scandal is that Rikers continues to exist at all. It must be closed down.”

Some other famous faces who are showing up in support of the event are; Emily Althaus from Netflix’ “Orange is the New Black,” Councilman Danny Dromm and Donna Lieberman, executive director of the New York Civil Liberties Union.

Along with Akeem Browder, a criminal justice advocate who is also the brother of Kalief Browder, just one of the many unfortunate stories which Rikers is full of.

Kalief was arrested when he was 16 years old for allegedly stealing a book bag.

He was subsequently charged with robbery, grand larceny and assault after which he was kept at Rikers Island for three years while he waited for his trial.

Two years after his release, Kalief hung himself, after many attempts during incarceration and post release. Before his death, Kalief gave an in depth look into his life to the The New Yorker where he talked about his time in Rikers, and the trouble he faced with extreme anxiety, hallucinations and paranoia after his release.

There will also be a performance by The Peace Poets at the vigil.

– 40 percent of detainees have a diagnosed mental illness

– 89 percent of inmates are black or Latino 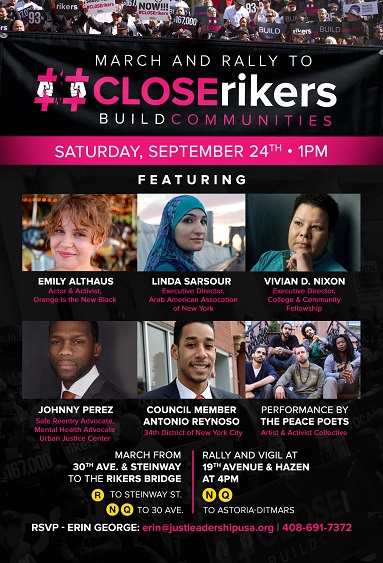