Man Assaults Two Women, One After The Other. Police On The Lookout. 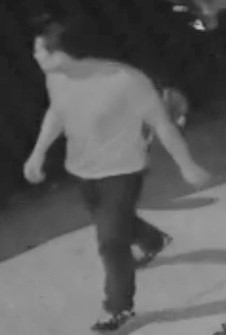 Police are looking for a man who is suspected of approaching two women, separately, and sexually assaulting both.

The incidents occurred right around midnight on July 21st. The first happened in front of 30-61 46th Street. The suspect came up to a 25 year old woman from behind. He pushed her against a car and proceeded to touch her genitals over her clothing. The woman quickly began screaming for help after which the suspect fled.

However he wasn’t done.

Shortly after that he approached another woman from behind, around 45th Street and Newton Road. He wrapped his arms tightly around the 26 year old woman and as he did previously, began to touch her genitals over her clothing.

The suspect then once again quickly fled the scene, heading southbound on 45th Street.

He is described as 5 foot 4 too 5 foot 5 in height, Hispanic male and slim, possibly in his 20’s. He was wearing a light blue t-shirt, black pants and black sneakers.

Anyone with information in regards to this incident is asked to call the NYPD’s Crime Stoppers Hotline at 1-800-577-TIPS (8477) or for Spanish, 1-888-57-PISTA (74782). The public can also submit their tips by logging onto the Crime Stoppers website or by texting their tips to 274637 (CRIMES), then enter TIP577. All calls are strictly confidential.