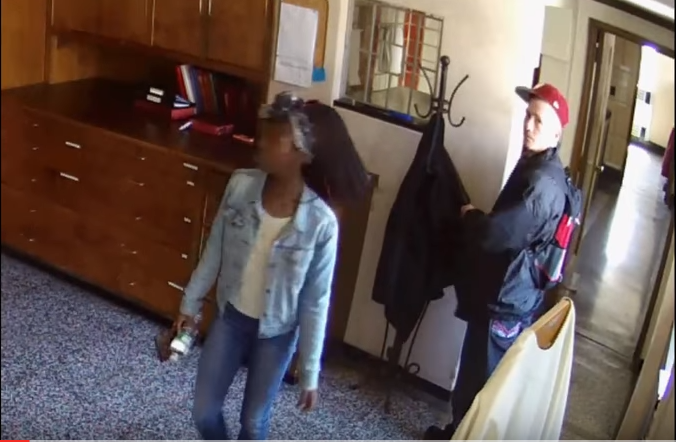 A 17 year old boy was busy worshiping the lord in Astoria Church, Most Precious Blood on 32-23 36th St, near Broadway around 1:45PM on Sunday, when two thieves snuck in and rummaged through his coat.

Luckily for the boy, the thieves only got away with $5 and a Metro Card from his coat, which hung on the rack. Unluckily for them, they got their faces on surveillance video which caught them in the act, according to DNAinfo.

The thieves are describes as one male, in his 20s standing around 5-feet-7-inches tall, and wearing a black jacket, dark jeans, black shoes, and a red baseball cap with a black and red backpack. And a female in her late teens, same height, wearing a bright blue denim jacket, blue jeans, white shirt and black shoes.

The female can be seen in the footage keeping an eye out while her companion sifts through the boys coat, before both look into the camera, then leave.

*Featured Image and Video Via DNAinfo.