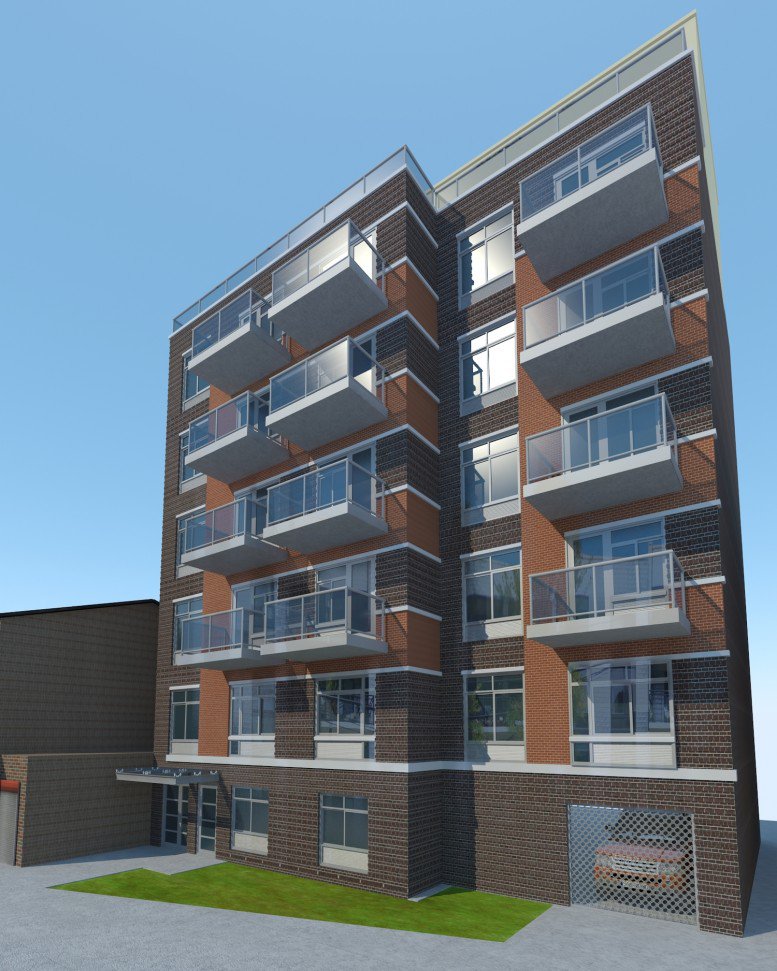 Seems like the skyline in Astoria doesn't seem to be staying still lately. And now, here's another addition. A new boutique condo building will be 'gracing' Astoria's Welling Court.

Here's what we're looking at for the six story building:

– Recreational room on the second floor

– Laundry room and storage for bike inside cellar

Designed by architecture studio Angelo and Anthony Ng from Maspeth, the project is being developed by Astoria-based Halil Todic, according to Yimby. It was changed from its original idea, making it into a brown brick, so as to mold easier with the surrounding areas.

The building is meant to be admired through its artistic flavor and inspiration, along with its surroundings of the Welling Court Mural Project, made by the Ad Hoc Art organization, which has seen many buildings donating their walls for artists to use.

The artistic motivations behind the projects stem from an idea to spark creativity within the community. Artists are invited from all around to enjoy and appreciate the freedom of expression of the Mural and Ad Hoc Art even hosts a yearly summer block party.