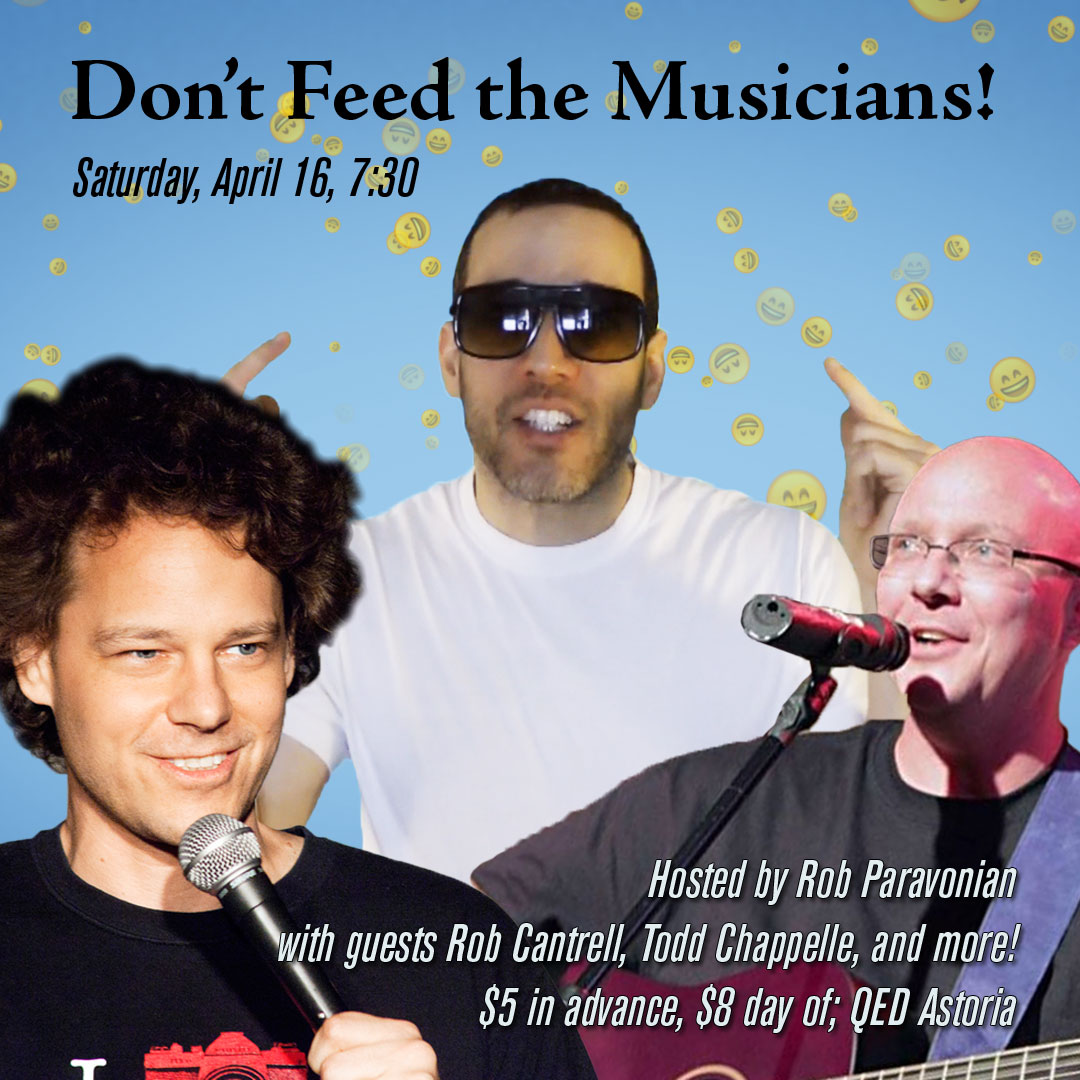 Exploring the comedic underbelly of music, host Rob Paravonian and friends take to Q.E.D.’s stage the third Saturday of every month to play funny songs, crack wise about music, and pick apart the best and worst music out there.

Rob Paravonian is an internationally-known musician and comedian with over 18 million total views on YouTube, including the 12 million-view hit Pachelbel Rant. He was the opening act for a dozen shows on George Carlin's final tour, he's been on Comedy Central, satellite radio, and the Dr. Demento Radio Show.