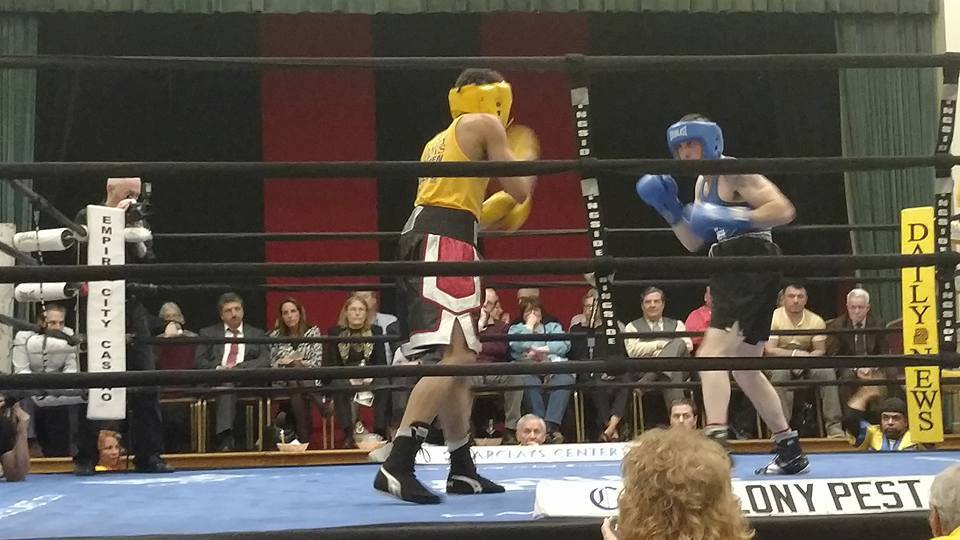 This was the second time that East River was privileged to host the Golden Gloves and it has become their biggest fundraiser.

"If we can send even one more child this year, then last, I will consider this event a huge success!"

The event would not have been possible without all of the hard work of club Vice President, Tom Nowierski who originally brought the event to the club, and Immediate Past President, Club Treasurer and President of the Catholic Lawyer's Guild of Queens, Donna Furey.

There was a great turnout this year with a packed house! There was also lots of support from other local Kiwanis clubs, who attended and/or sponsored the event. This list includes: members of Glendale, Middle Village, Woodside, NYC Young Professionals, Astoria/LIC, and the All Island Kiwanis clubs!

East River Kiwanis thanked all of their sponsors for the event and all who attended! 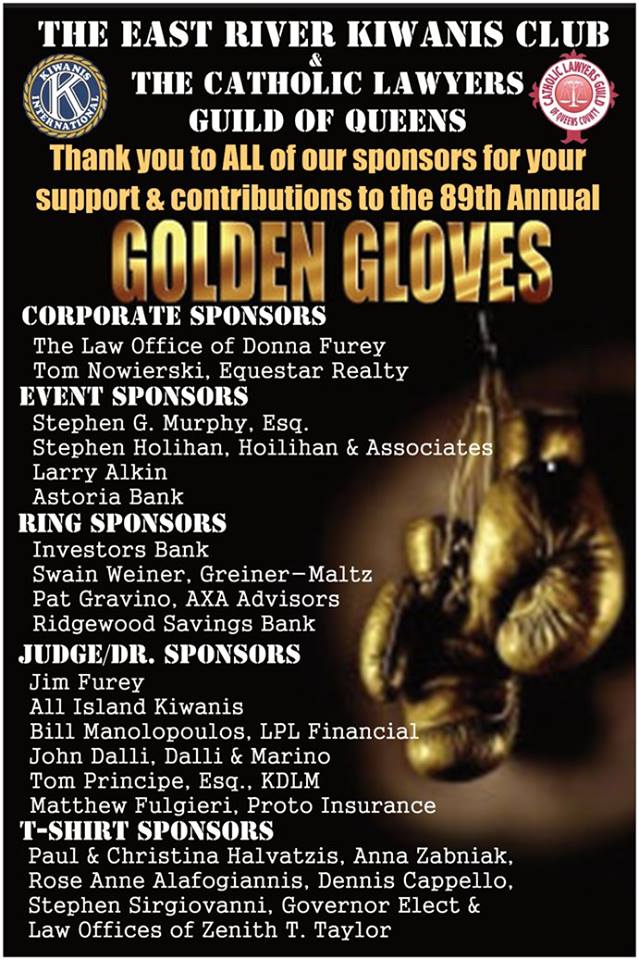