The Stand Up Showdown – A Stand Up Comedy Competition 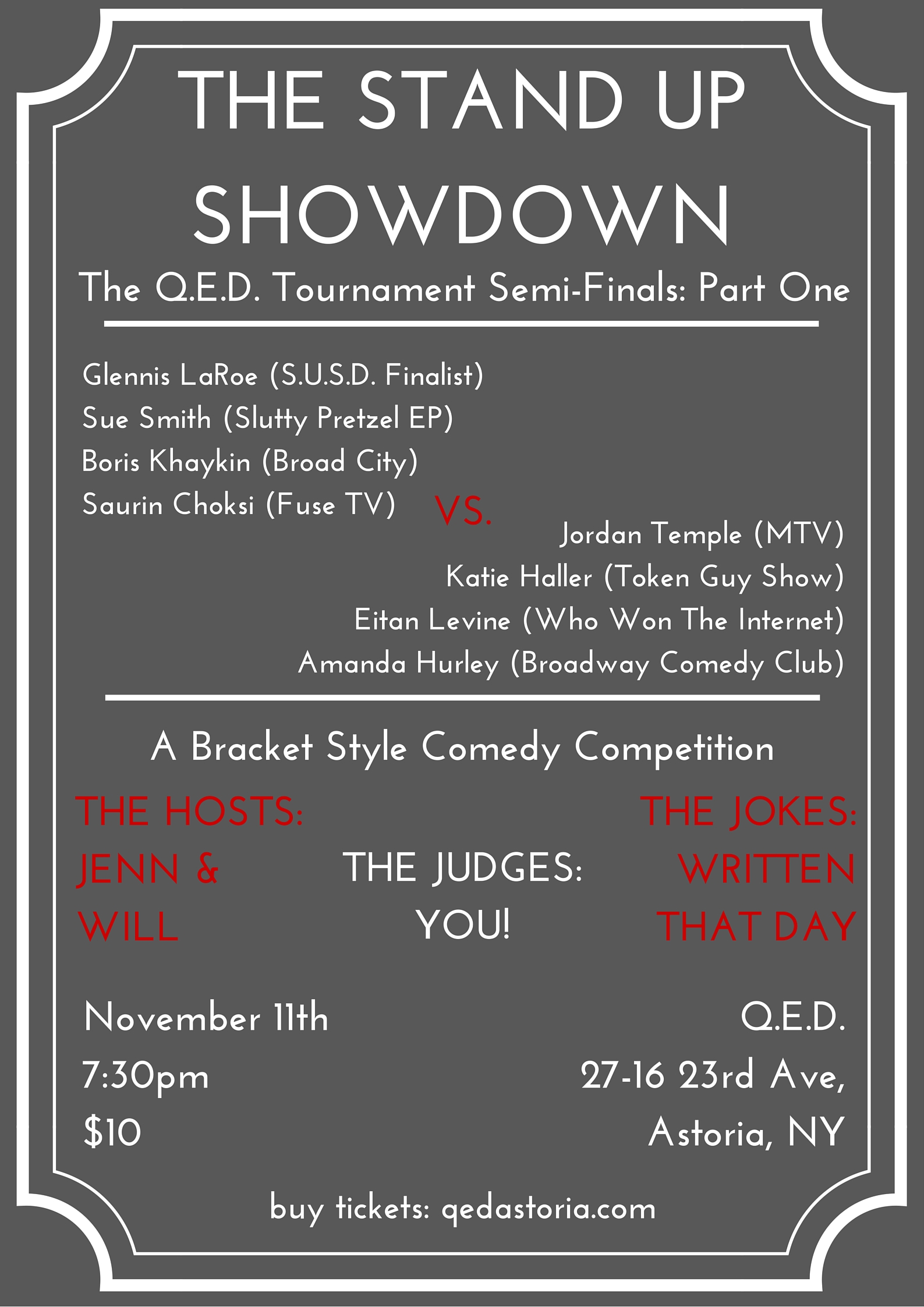 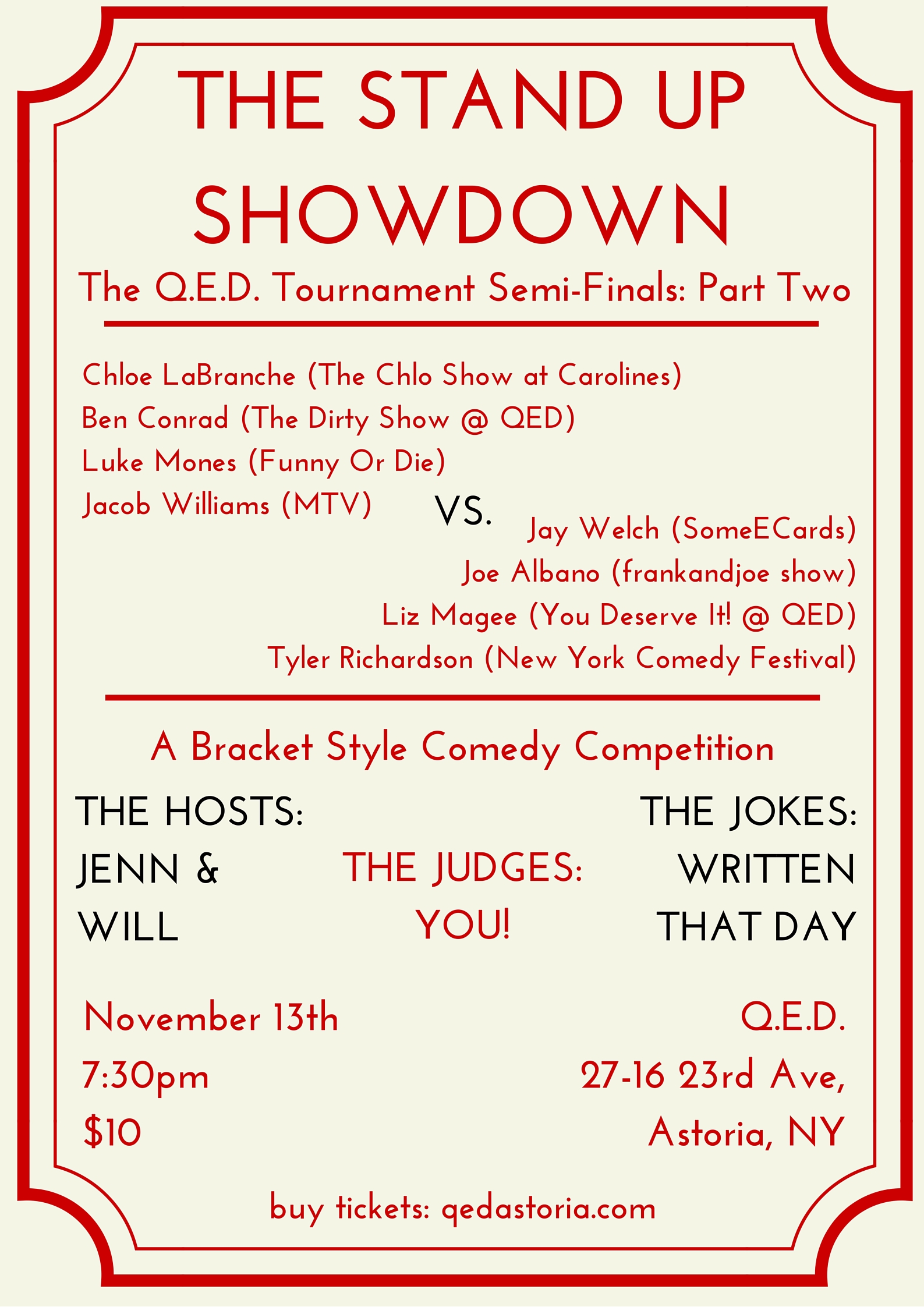 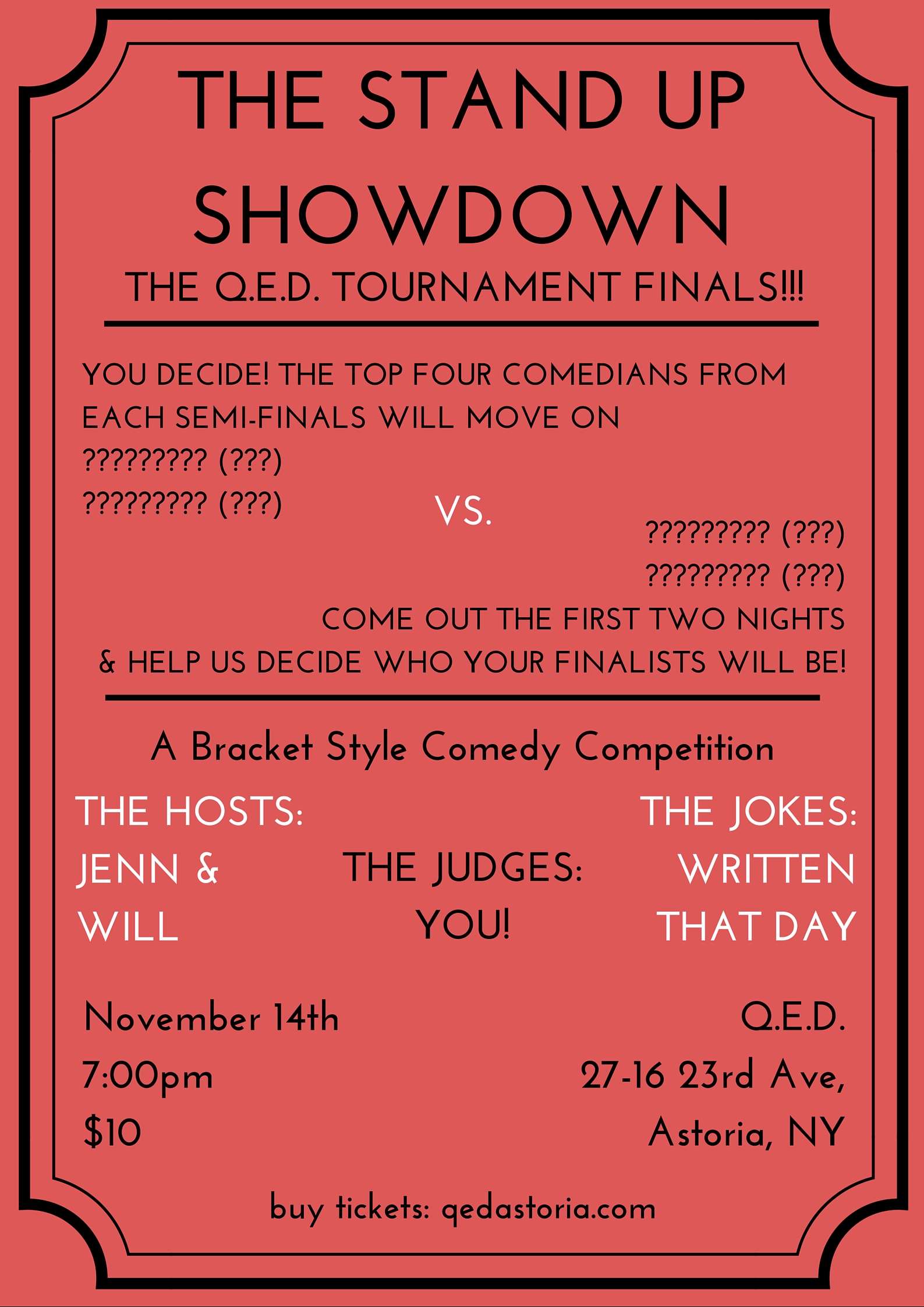 The Stand Up Showdown is a bracket style stand up comedy competition. The comedians receive three topics at noon on the day of the show and they must write 2-3 minutes of material on those topics to be performed on the show that night. Comedians will be facing off with material written on the same topic as their competitor and then it is up to an audience vote to decide who moves on to the next round.

After two sold out runs at The People's Improv Theater, which awarded over $500 in cash and prizes to the winner, the competition is headed to Q.E.D. in Astoria, for a fast and furious mini-tournament head over 3 nights! Two semi-finals shows on Wednesday, November 11th (tonight) & Friday, November 13th, both at 7:30pm. And the tournament finals this Saturday, November 14th at 7pm!

Transit: The Astoria-Ditmars Blvd. Stop of the N/Q Train is a short walk away.