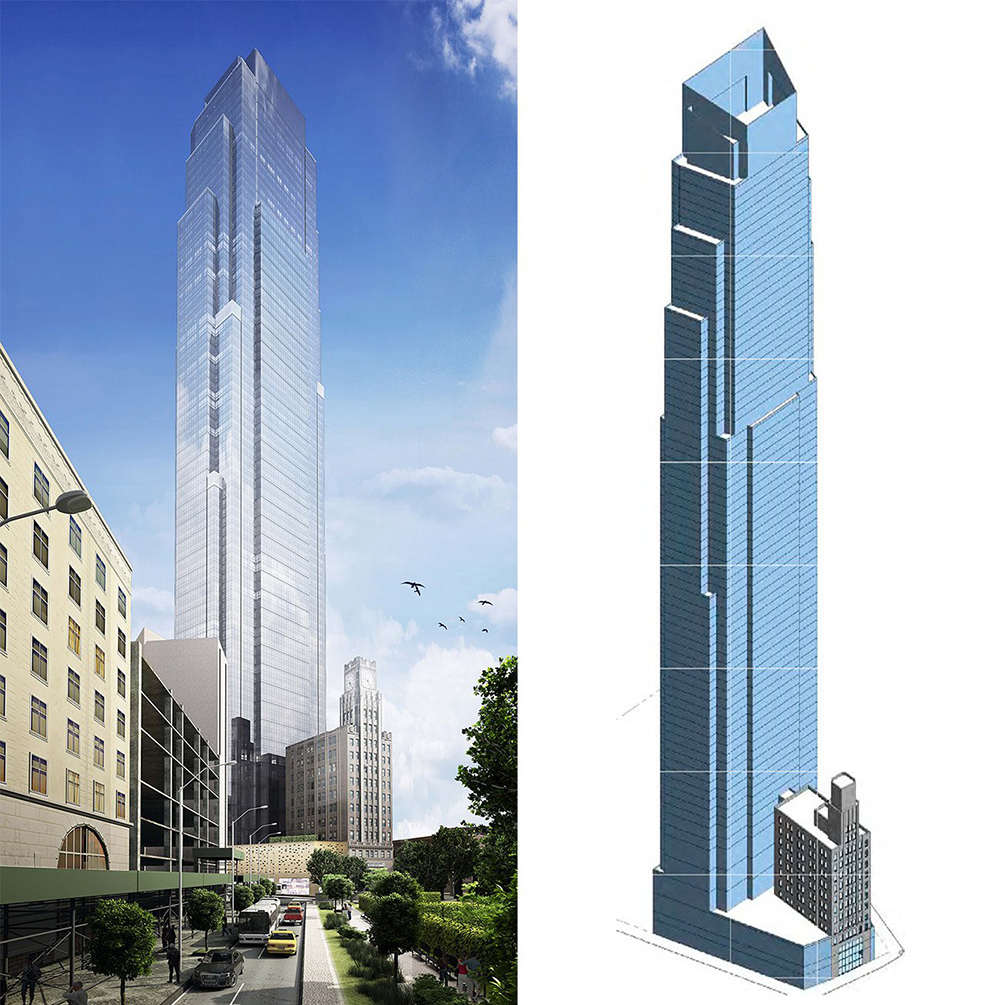 Well it’s not quite Astoria, but it’s close enough to perhaps have an influence on it in the near future.

The tallest building outside Manhattan will be going up in our neighbors backyard, Long Island City.

The tower, a 915 foot tall luxury 800 unit condo, will stand as a super tower behind the now Landmarked Clock Tower (Bank of Manhattan Company Building).

Designed by SLCE Architects and developed by Property Markets Group and the Hakim Organization, Queen Plaza Parks location will be wedged between Bridge Plaza North and Northern Boulevard on 41st Avenue, reports NYCurbed.

The prospect of the tower came right after the Clock Tower was recently landmarked, which saw the air rights above being put up for sale, Property Markets Group and Hakim Organization being the winning bidders.

However the question remains, how will this affect Astoria? Some would think it wouldn’t at all. It is in LIC, and not here.

But the close proximity of LIC to Astoria will always have an affect on each other.

LIC has very quickly gone from an industrial area to an up market living space (however there is still a long way to go), which in turn attracts more people to Queens.

Some Real Estate Agents in Astoria view the changing LIC skyline as a good thing, stating that the introduction of more places of higher standards, even in Long Island City, should increase Astorias overall value.

However that value will, as others state, ‘increase the prices too‘.

However, the change that the Queens Plaza Park will have on LIC and Astoria will not take place for a while, with completion of the project set for 2019, according to NYPost.