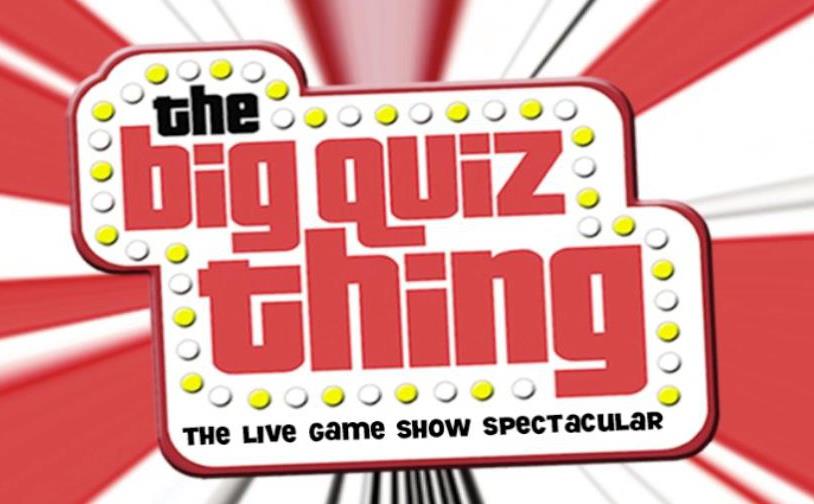 The show uses multimedia to engage with the audience in what is set to be a uniquely fun and exciting game, that people all over NY have raved about.

The format of the show is quite relaxed. The audience is divided into groups, and everyone is set to participate in some way.

Some of the rounds include; Lightning Round, Text Message Challenge, the thrillingly climactic Buzzertastic Finale, Smart-Ass Points for witty and funny but completely wrong answers, and some of the greatest “figureoutable” (as BQT put it) questions you’ve heard.

Topics ranging from science to geography to pop culture.  All made easily interactive with the shows custom-made trivia answer app.

The quiz is hosted by some of the best quizmasters around, including former editors for Time Out New York, Rolling Stones and a range of comedians who have graced the stage on Comedy Central along with Late Night and Jimmy Kimmel.

And it doesn’t stop there. As it is a trivia quiz, the prizes are as equally awesome, consisting of one of the greatest prize hauls in trivia.

With all this and more, NYC’s greatest live trivia experience is guaranteed to fit right in at the Q.E.D Astoria. 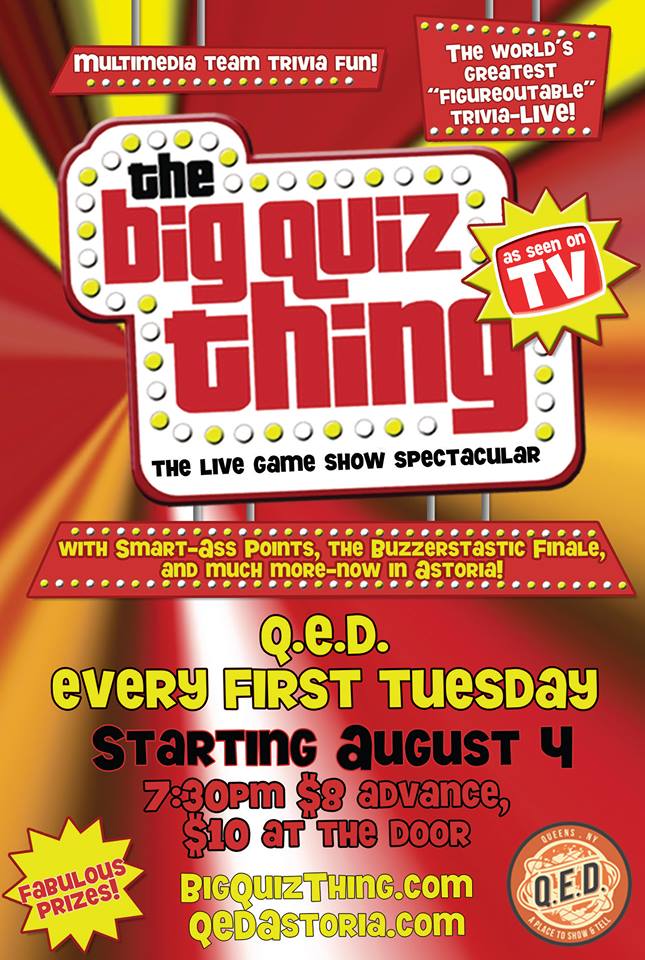