Astoria, We Made It! 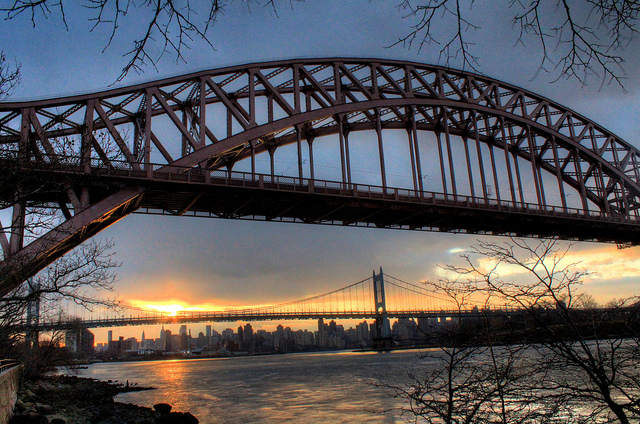 The Lonely Planet put together a list of the absolute best cities in the US – and guess what the top pick was? QUEENS.  Is anyone really surprised? Naturally, there was a huge focus on Astoria, because let’s be real: We’re one of the most awesome parts of Queens. Check out what they had to say below (they mentioned our favorite local brewery!)

In the last few years Queens has seen an explosion of craft brewers and beer pubs. Brewmasters, with ambitions both large and small, have shaken up New York’s biggest borough, and if you’re after what’s new and cutting-edge in the brewing scene, Queens is the place to be. Tucked away in a once-industrial area near the Pulaski Bridge, Transmitter Brewing (transmitterbrewing.com) is one of a new breed of small-batch breweries (so-called ‘nanobreweries’) creating innovative (but highly drinkable) quaffs. Shortly after opening its doors in 2014, it garnered wide praise for its complex Belgian-style farmhouse ales. The better known SingleCut Beersmiths (singlecutbeer.com) quickly became the epicenter of Astoria’s beer scene after its opening two years before. On weekends, the tap room is abuzz with locals sampling unusual brews like the Kim, a tart lager infused with hibiscus. Ever pushing the envelope, Finback Brewery (finbackbrewery.com) creates wildly imaginative but beautifully executed brews like the Coasted Toconut, a milk stout with a hint of toasted coconut. Long Island City has even more brewers, including Big Alice Brewing (bigalicebrewing.com) with a small but impressive output, and Rockaway Brewing Company (rockawaybrewco.com), which began inside a beachside bungalow before moving to Long Island City.

Speaking of beaches, Rockaway has become NYC’s favorite seaside destination of the summer. Locals looking for sand and sun but without the Hamptons’ fuss (the prices, the traffic, the ‘tude), have begun flocking to this beach in outer Queens. Wait, Queens has a beach? Indeed, and you can reach these Atlantic-kissed sands on the subway. Aside from wave frolicking, surfing (as immortalized by the Ramones) and people watching, the chief draw is the burgeoning eating and drinking scene that has sprouted near the boardwalk. Tender fish tacos from Rockaway Taco (rockawaytaco.com) and piping hot pizza from Brooklyn’s much loved Roberta’s (robertaspizza.com) was just the beginning. More recently Rockaway has seen the opening of wine bars (the Rock serves up tapas, craft brews and wine on tap; therocknyc.com), foodie joints (Uma’s, the place for Central Asian cooking with a side of rock n’ roll; umasrestaurant.tumblr.com), a mini flea market and bohemian nightspots – like Playland: equal parts art gallery, beach bar and wildly decorated motel.”