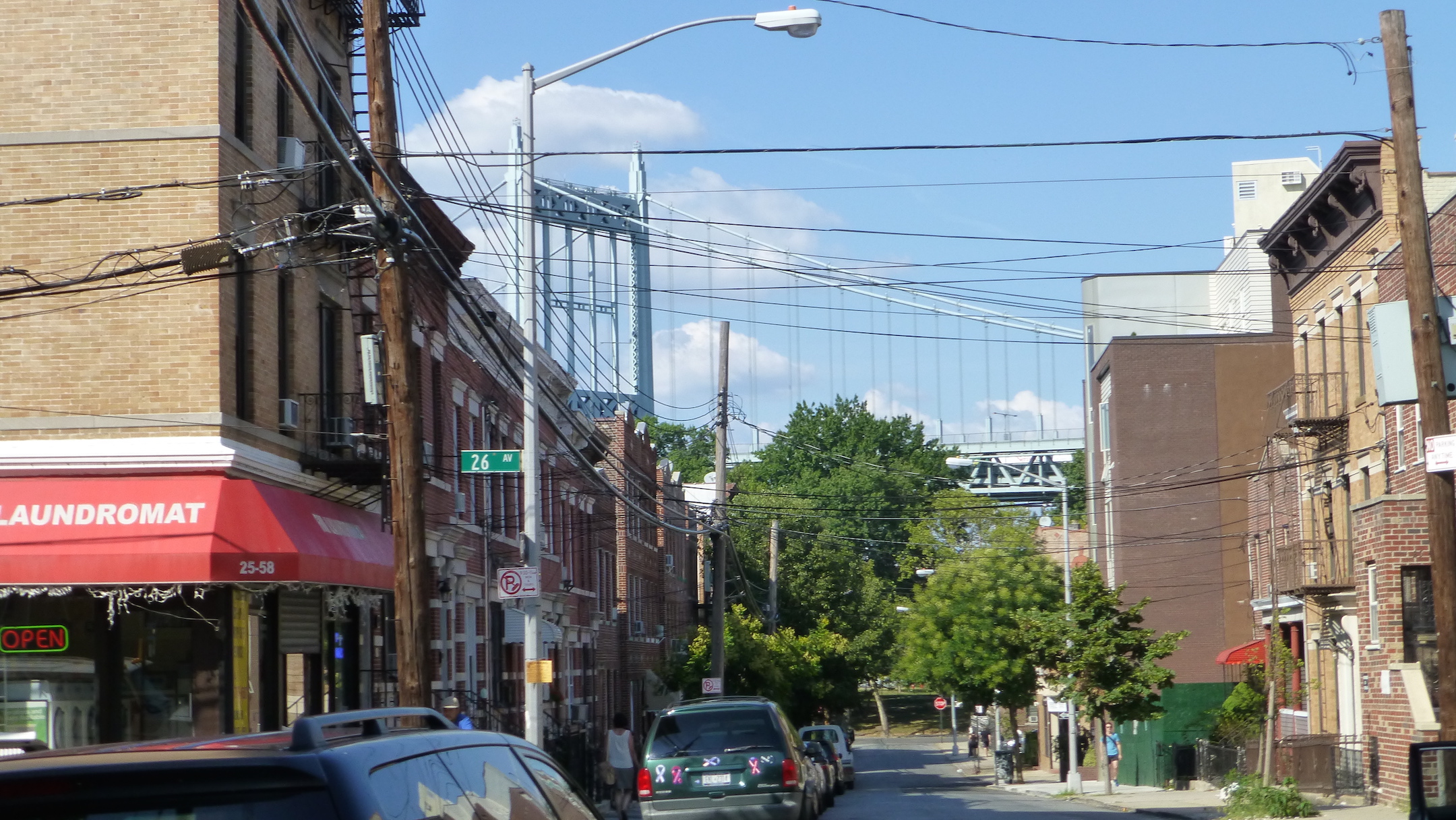 Quality of Life Petitions from the Old Astoria Neighborhood Assocation:

Take a look at the petitions, and if you agree – sign them!

We recently had Richard Khuzami, of the Old Astoria Neighborhood Association (OANA), stop by the Give Me Astoria offices, and give us the scoop on some of the major problems the association looks to address in the neighborhood.  OANA is composed of residents, property and business owners in Old Astoria, from Astoria Park to 36th ave., and from 21st st. to the East River.

Richard is no stranger to Astoria’s needs. More than a resident, he’s an active participator in the community. He serves as Chair of the Parks and Recreational Committee, the Culture Committee, and sits on the zoning committee of Community Board 1. He’s also a member of the Queens General Assembly, and has served as a panelist for the granting program for the Queens Council on the Arts – along with being the founder of the Old Astoria Neighborhood Association. 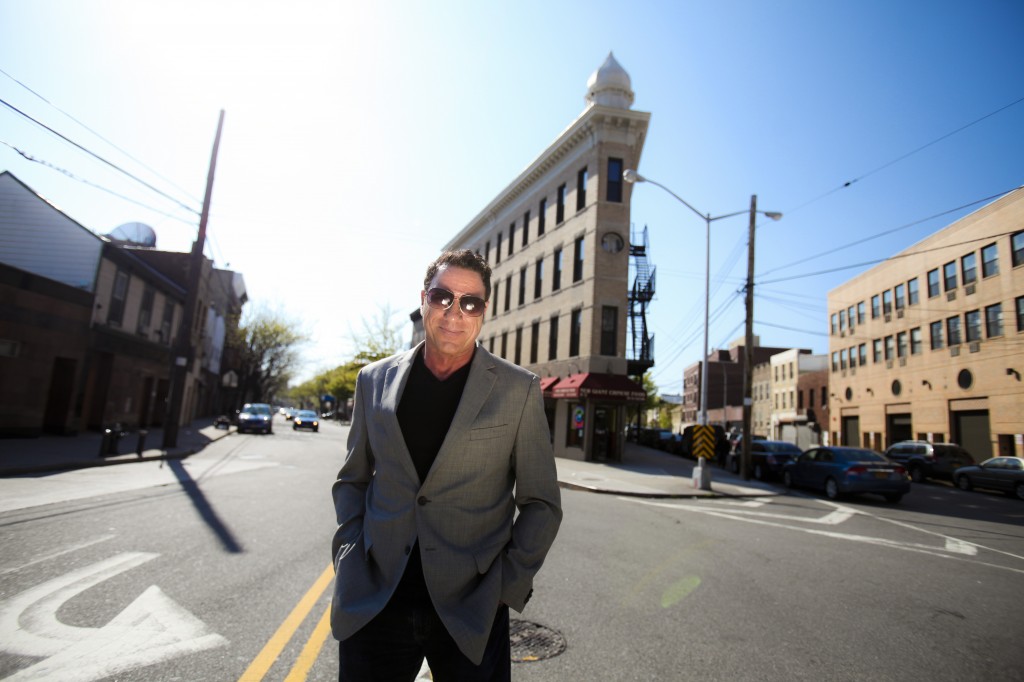 There are three immediate issues that Richard tells us they’re looking to address and solve – two of which include signage, and one of which addresses the Hallet’s Peninsula Development.

You can see all the petitions on the issues here: Shore Boulevard Parking Petition, No Trucks Signage Petition, Hallet’s Peninsula Development Petition

The first issue has to do with the ban on night time parking on Shore Blvd. The association has created a petition asking that night time parking be restored to Shore Blvd. between the months of October to April, when the need to control noise and rowdiness issues on Shore Blvd is essentially non-existent. We agree that the nighttime ban on parking has been a very effective tool for the NYPD to regulate rowdiness and noise on Shore Blvd, but the lack of parking makes it essential we utilize any available spaces whenever possible. Such seasonal NO Standing signage currently exists in the Rockaways.

The second issue is in regards to the fact that while there are no trucks allowed on 27th Avenue between 21st and 8th Street, there is no signage – therefore the residential street sees lots of truck traffic, and has no way to enforce the rule. This will become extremely urgent once construction of the Hallet’s Peninsula developments starts. Proper signage would mitigate the problem.

Lastly, the association has written up a petition in regards to waterfront development on Hallet’s Peninsula. This petition deals with Neighborhood issues. While we understand Affordable Housing has been the main focus of media and our politicians, we want to specifically address issues of quality of life that will effect the current population of Old Astoria. We also want to make sure that the Affordable Housing is not increased at the expense of local Quality of Life issues, including much need capital projects and most important: proper maintenance of the entire peninsula.

Richard tells us that the Old Astoria Neighborhood Association is greatly in support of the developments. Currently this area is an eye sore with closed factories and warehouses, creating both esthetic and security nightmares. Also, the lack of basic services in the neighborhood relegates residents to second-class citizen status.

“I’ve lived here for 25 years,” he tells us, “And we truly think it’s a great thing for the neighborhood. Astoria is know for its village-Like atmosphere in the middle of a big city, its fine eateries, beauty of it’s park system, and its unique ethnic diversity. We just need to make sure that all development is done responsibly to insure against future issues that may develop. 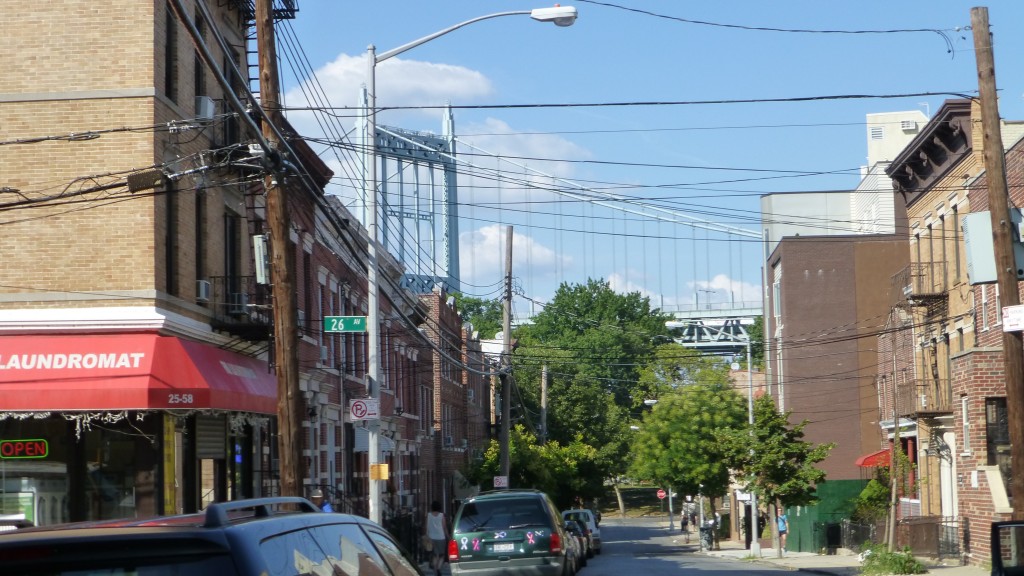 Note: All issues below were in response to the Community Board’s stipulations. If you would like to see these initial findings, you can reach out to Community Board 1.

“Especially because of superior architectural design elements, The Old Astoria Neighborhood Association is in favor of the developments, as long as certain modifications and conditions are addressed:

a/ Item 1: Establish a police substation within Hallet’s Point

b/ Item 2: Establish foot or bike patrols within Hallet’s Point

c/ Item 3:  While we know that given current budget issues the creation of a police substation may be unattainable in the short term, we would propose at least a peninsula wide CCTV system, similar to what is already required by NYCHA be created, with a manned monitoring system accessible to NYCHA, NYPD, Citizen watch groups, Development Management, and elected officials. This hopefully can be accomplished by a combination of public and private funds.

B. Traffic, Transportation and Parking:

We are in agreement with the Community Board Conditions with the following exceptions/additions:

a/ Parking, item 1: Because the Astoria Cove developers proposed 900 parking spaces meets the requirements of the proposed zoning, we do not feel he should be penalized if required to increase the parking spots. Therefore, if further parking is required, the envelope of his buildings should be adjusted so he does not lose or reduce the size of any apartments units.

b/ Parking: item 2: We ask that the “Night Regulations No Parking” signs on Shore Blvd be enforced on a seasonal basis, giving access to overnight parking to residents from October to April. New signage should reflect this change.

c/ Traffic, item 1: The roads in Old Astoria are by definition narrow and cannot handle the increased traffic and wear and tear the additional vehicles will bring. There are currently three viable routed in and out of the peninsula, Vernon Blvd to 30th Ave, Astoria Blvd, and 27th Ave. If any of these streets are to be widened this must be done immediately before too much development occurs on them. Also, another possibility is the creation of one-way circulation involving Astoria Blvd and Vernon Blvd/30th Ave. (27th Ave is not viable as it cannot legally or physically sustain truck traffic).

Traffic, Item 2: The Old Astoria Neighborhood Association would like to go on record strongly supporting the use of barges to transport construction materials. Also, a provision must be made for restitution to any private property and business owners who suffer damage because of land transport of any building equipment and materials.

Traffic: Item 3: We call upon NYCDOT to erect “NO TRUCK” signage on 27th Ave between 8th St and 21st St. This must be done before construction is started on the “Hallet’s Point” development. With this, ignorance of the fact that 27th St is closed to trucks cannot be used as an excuse. Also, please make sure that construction vehicles for any developments on the Hallet’s Point peninsula are not considered “Local” deliveries on 27th Avenue.

d/ Transportation: Item 3: Developer must provide a scheduled Shuttle service to the subway for both tenants and retail customers.

We again are in agreement with the Community Board’s conditions except for the following:

a/ Item 1: Not only should contact be initiated between the developer and Con Ed and NYCDEP, a proactive approach must be taken before the project is started. The current electric grid has many ground and structural issues already throughout the Old Astoria area. There must be in place a concrete viable program that will meet the needs not only of the Astoria Cove development, but also of all development on the peninsula and surrounding areas. Trying to mitigate problems after they have already developed is unacceptable. Work should be initiated in conjunction with the start of the construction of the development. Also, use of alternative energy sources (see item 6b) would greatly relieve the strain on the current electric grid.

b/ Item 3: The amount of refuse generated by these developments will be staggering. The architectural plans must include provisions to make sure that waste is properly stowed and handled to protect the environment and alleviate any rodent issues that may develop.

a/ Project Design Item 1: Quality Housing Program should be a “Minimum” requirement, with expectation that these requirements will be exceeded.

b/ Sustainability: Item 2: design elements should focus on Solar Power. Also, because the East River in the Hells Gate area has extremely rapid current, a study should be undertaken on the viability of hydroelectric power, generated by a waterwheel (As is the case on Roosevelt Island)

We agree that priority should be given to local area residents for both construction and service jobs. However, because private monies finance this development, it is not the place of a civic organization to promote the use of union labor. This is between the developer, contractor, and unions.

a/ New item 2: A comfort Station on the Water Front Esplanade must be provided to meet the needs of both residents and the general public. ( agreed to by Astoria Cove Developer)

b/ New item 3: A dog run, divided into spaces for small and larger dogs, should be established and maintained, as with the additional families will come additional pets.

Both Astoria Cove and Hallet’s Point have agreed to provide space for the construction of schools on the peninsula. However, the final decision will be up to the School Construction Authority. If a school is not constructed, then the area should be converted to a young adult recreation area or community center. This Community Center may possibly be constructed and operated by NYC Parks Dept, similar to the Al Oerter Center in Corona Park (see item 6a below). The Community Board must also approve any changes in use of the site with a public hearing inviting the Community’s input.

We agree with the conditions of the Community Board, with the following addition:

a/ Item 4: Valet parking must be allowed for the small retail stores proposed for Crescent Drive if they request it.

a/ Youth Center and Medical Facilities should be provided.

If you support the issues presented by the Old Astoria Neighborhood Association, you can sign the petition for parking on Shore Boulevard, No Truck Signage, and Astoria Cove Requirements and Issues.

– Petition to establish speed bumps on 18th St, Astoria NY between 27th avenue and Astoria park South: While 18th street is residential and trucks are not allowed, this is ignored. Also, many trucks and cars are guilty of speeding. Many young children and the elderly live in the area, and without street calming a pedestrian death will probably result. Many residents have complained to the Old Astoria Neighborhood Association.

Also, if you would like to be more involved, please reach out to OANA at [email protected]

They’re always looking for a diverse membership that reflects their entire neighborhood.