By Ilija Sekulovski Posted: September 20, 2014
Councilman Costa Constantinides recently issued this statement, offering his support to The People’s Climate March, and urging all to attend the march:

Next week the United Nations will convene a climate summit designed to bring the nations of the world together to find innovative solutions to climate change. Before the summit begins, however, New Yorkers of all walks of life will join millions more around the world in marching to show just how crucial it is that we as a global community make real progress on reducing carbon emissions.

At this moment in time, we must be clear and honest with ourselves – virtually every climate scientist in the world agrees that (1) humans have created the problem by pumping trillions of tons of carbon into the atmosphere, and (2) if we’re going to talk about sustaining our civilization, we need to start switching to renewable energy sources now.

That’s why I’ve introduced a bill to the City Council (Introduction 378) that would put New York City on the road to meeting this goal by requiring that the city lower its carbon emissions 80% by 2050. New York State, by executive order of former Governor David Paterson, has already set this as a benchmark – and I believe that, by enshrining this standard into law locally, we will demonstrate to the nation and the world that we are truly serious about tackling climate change. Setting this goal, moreover, will only help to spur more innovation in the renewable energy sector, leading to the growth of new industries and better jobs right here in the five boroughs. As the largest urban market in the country, we have tremendous influence over how the private housing and energy sectors approach new development – and by setting a strong goal, we can help spur the same types of public/private partnerships that gave us Silicon Valley and the Apollo Program. 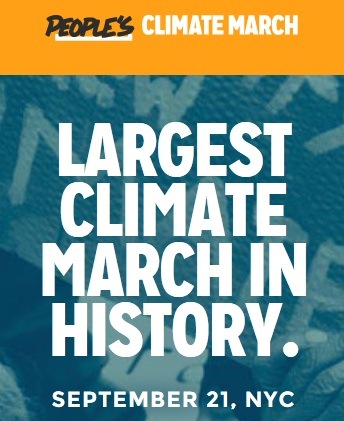 To do all this, however, we need to demonstrate to the world that we stand united in recognizing the scope of the problem before us, and the work that lies ahead. If we don’t act, we may see Sandy-type hurricanes become commonplace and droughts ravage our food supply. Worse still, our grandchildren may not even have an opportunity to experience local treasures like Jamaica Bay, Rockaway Beach, or Flushing Meadows Park, as all these Queens landmarks are threatened by rising sea waters.

Several weeks from now, our city will mark the second anniversary of the landfall of Hurricane Sandy. Although the flood waters have long since receded, far too many New Yorkers are still struggling to rebuild their lives that were shattered in the storm’s wake. New York City suffered not only an economic blow, as tens of billions of dollars of economic activity were lost as a result of the storm, but a terrible human cost, as 53 New Yorkers died as a result of Hurricane Sandy. That terrible tragedy is just one of many stark reminders of the immense challenges we face in the future if we do not act now.

I urge you to join me and tens of thousands of your fellow New Yorkers to march with us this Sunday as we seek to turn back the tide on climate change.

The People’s Climate March will take place on Sunday, September 21, 2014; at 12 PM. Marchers will convene on Central Park West between Columbus Circle and 86th Street.