Should Gun Offenders Be On a Registry? 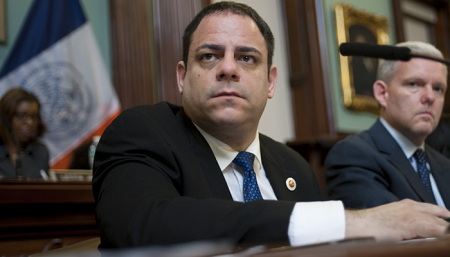 Councilman Costa Constantinides is definitely doing his part to make Astoria safer – and he’s just introduced new legislation to aid in that.

Costa has called for a public registry of any and all gun offenders to be made public. That means if someone has been convicted of gun violence, their name would go on a registry that would show neighbors their name, address, offense, and general description.

The bill has introduced last year, and was not approved – but this time around, the Councilman is positive that it will garner positive results and be put into action.

Many local politicians have voiced their support in the matter – including Bronx Borough President Ruben Diaz Jr, and the co-sponsors of the bill, Councilman Ritchie Torres, and Councilman Paul Vallone.

So what do you think, Astoria? Should we have a more transparent registry? Do you think it will bring down crime, or will it harm residents? Think about it – and leave a comment with what you feel is the right answer.