Want to make friends in Astoria?

Let’s talk about friends. Or relationships. All of it – meeting people, getting to know them, the whole shebang. It’s hard sometimes, isn’t it? Especially in a neighborhood like Astoria, where you’re surrounded by people, but sometimes it can still feel like you don’t really know anyone. Whether you’re a recent transplant trying to figure out the difference between Steinway and Ditmars, or a life long resident who wants to make more friends, or a commuter that doesn’t really know what to do once you get home at 7… everyone could do with meeting more people.

Here are some ways you can get out there and meet some fellow Astorians:

1. We’ll start with the obvious: bars.

We’re not saying go to a bar on the prowl (unless that’s your thing – in which case do it safely and politely!) But there’s no harm in striking up a conversation with a stranger. Seriously. Ladies, like someone’s haircut? Let her know, she probably paid a good amount to look that fabulous. Guys, see a group playing pool? Guess what – pool is always better with more people. Here’s the thing: It’s worth a shot. You won’t lose anything by striking up a conversation. Actually, that applies to all the following ideas.

One of our favorites is Kiwanis – a global volunteer organization. You get to help people and meet new ones. If you’re in to politics, the Taminent Democratic Club is another great one. Pick a club based on your interests – and that way you’ll find people with similar interests. You’ll already have a basis in something you have in common.

Meetup.com is a great tool. Again, you can narrow it down to people with common interests, or simply just to Astoria. There’s generally a few on there, and if not – you can create your own. Want to try a new restaurant opening up? Make a meet up for it. Bar crawl? Meet up.

There’s so many free activities and events in Astoria – but sometimes it’s hard to approach people at an event like waterfront movies. Try out something like free boating, so you’ll be doing something, and not just sitting there awkwardly. 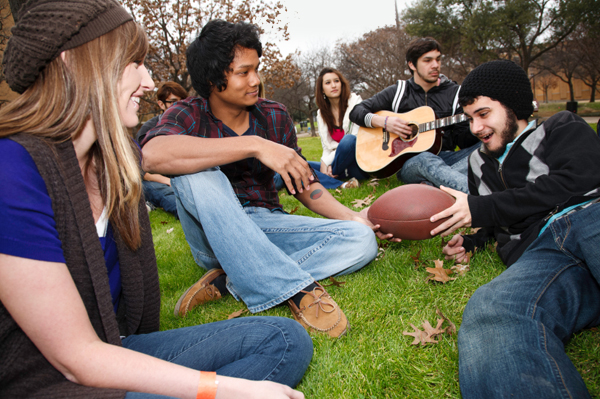 You probably came here from our Facebook page. You know who else is on that Facebook page? Almost 10,000 people who either live in Astoria, or have visited here. Post on our wall – ask a question to your neighbors, tell everyone you’re headed to trivia night, find someone that wants to go for drinks, or someone that wants to catch a movie with you! Astoria is at your fingertips – you just have to start the conversation.

This one requires being a little outgoing, but taking free tango classes is one of the funnest things you can do. You might think you have two left feet, but so do half the people in the room. There’s a lesson before dancing – and then you can pair up with someone and dance!

We’ve found that between Waltz-Astoria and The Inspired Word, some of the best places to meet people are open mics. The vibe at these events is always welcoming – and if you’re feeling extra adventurous, sign up and step up on stage! If not, grab a chair and introduce yourself to someone, while you both enjoy the show.

So get out there Astorians, and make some friends!