A Taste of France in Astoria! 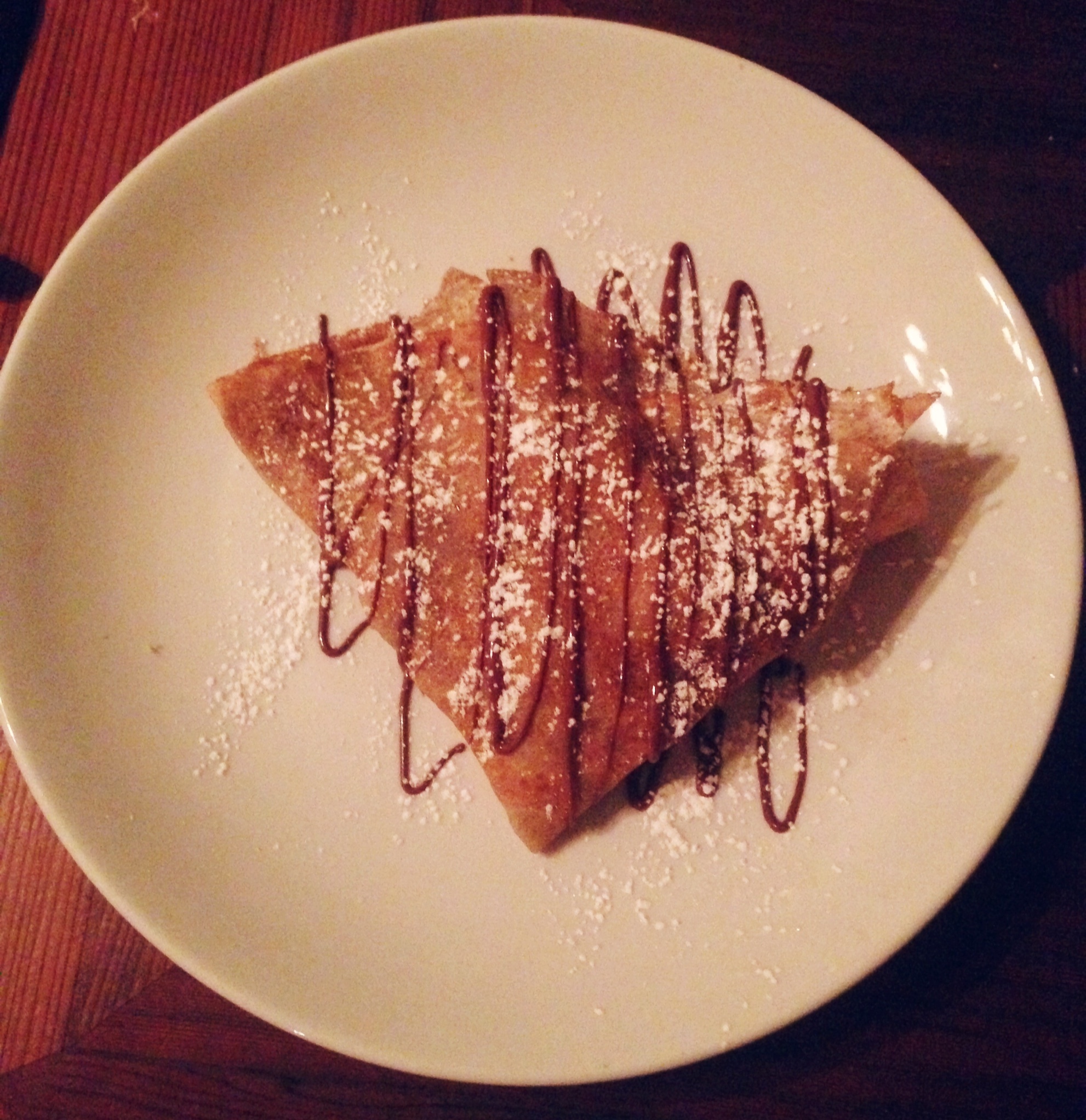 Having lived in France for a whole summer, I’m a big fan of les français; the culture, the language, and.…THE FOOD. As a new resident of Astoria, my next question was – where could I find traditional French food in this melting pot known as Astoria? After doing a little research, I came upon “Cafe Triskell”.

Cafe Triskell was established in 2007 by Philippe Fallait (chef & owner). Chef Phillip is originally from Bretagne, France. Bretagne is known for its seafood, scrumptious crepes, and sparkling apple cider. Eager to bring his French roots to Astoria, Café Triskell came to life!

It was love at first sight. A European gem in the heart of Astoria. It can almost be a rule of thumb that hole-in-the-wall establishments will be some of the best discoveries you’ll ever make. Walking into Cafe Triskell is like stepping into a café…in France! The rustic feel and vintage décor; large paintings covering every wall, small wooden tables and the classic red wooden chairs, all come together with soft music to create a very cozy and French atmosphere.

Upon browsing the menu, “voted the best onion soup in NYC by Daily News 2013” immediately caught my eye. This made the usual difficult decision of what to eat, fairly easy. But then again, what defines the BEST French onion soup? Everyone has a different palate. As for me, the cheese is vital. Fortunately, this classic French appetizer was just right for my palate. Just the right amount of aged Gruyere & Swiss cheese, just the right amount of caramelized onions and a broth rich in flavor – and all in just the right temperature! Without a doubt, everything else on the menu must be just as delicious! Not to mention, the service is wonderful with a very friendly and attentive wait-staff.

And how could I leave without trying what Bretagne is known for? Crêpes! Café Triskell offers a variety of different Crêpes, some to be eaten as meals and others as dessert. When I asked for the dessert menu, the waitress handed me a menu and mentioned the dessert crêpes that were available. This is a fundamental principle when dining because what’s worse than ordering something and soon thereafter finding out that it’s out for the day?! Anyhow, I decided to finish my petite French dinner with a Nutella Banana Crêpe (made from organic Buckwheat flour) and it was as they say, to die for. But then again who doesn’t love nutella?!

*Only thing to keep in mind, and maybe a disadvantage: CASH ONLY. But grab some cash and head on over, it’s a must for Astorians and New Yorkers overall! If you guys know any other French spots in Astoria – let us know!

Lina Hernandez is a UMiami Nursing Grad, Colombian, Activist, Philanthropist, Concert enthusiast, Art lover, Dreamer and Passionista. A free spirit living in NYC but determined to become a global citizen. Keep up with Lina on Twitter at Twitter.com/@hey_its_lina