Gloria Swanson, star of the silent screen and famous for classics like Sunset Boulevard, said of making movies in Queens in her 1980 autobiography, Swanson on Swanson: “Every day we drove across the Queensboro Bridge to the new studio in Astoria in the borough of Queens. It was certainly not another Hollywood. The place was full of free spirits, defectors, refugees, who’re all trying to get away from Hollywood and its restrictions. There was a wonderful sense of revolution and innovation in the studio in Queens.” 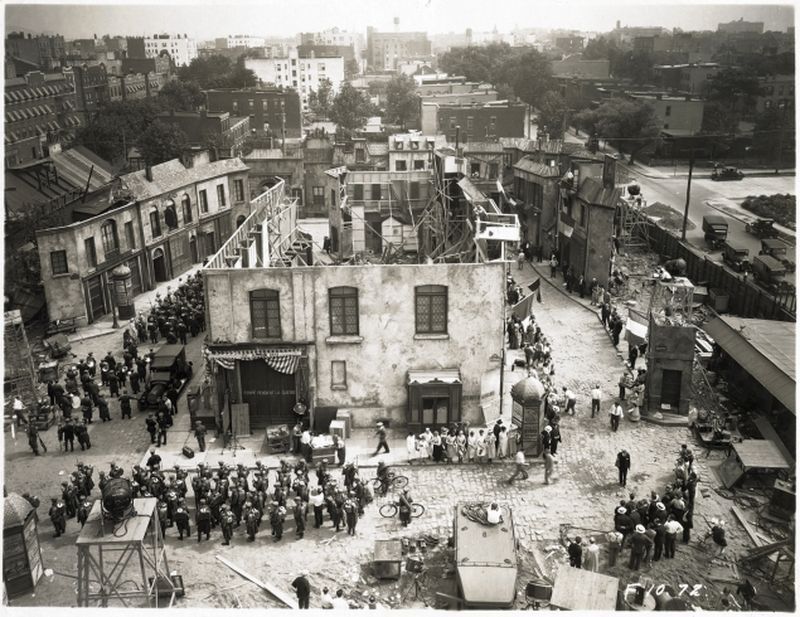 Courtesy Queens Historical Society
An amazing photograph showing the filming of the World War I drama, The Battle of Paris, in 1929 on the Astoria Studio backlot. The Astoria neighborhood can be seen beyond the walls of the backlot where a replica of Paris had been erected.

One of the biggest names in the newly developing film industry of the early 20th century began with a Hungarian-born Jewish immigrant named Adolph Zukor. He invested in a penny arcade theater, or “nickelodeon,” on 14th Street in Manhattan. Through a viewfinder, patrons would turn a dial that quickly advanced photographs on a Rolodex-type spool. These machines showed silent moving images; there were no real plots, no stars yet. And the people loved every second of it.

By 1912, Zukor teamed up with his partner, David Frohman, became big names in the penny arcade business and went on to form the Famous Players Film Company to produce and distribute full-length films. In 1920, they built their studio complex in Astoria, in the cheaper and roomier confines of Queens. Traditionally, a location anywhere in Queens would have been isolated and rural, but thanks to the Queensboro Bridge, which opened in 1909, the new complex was now only a short distance from Manhattan’s theater district. 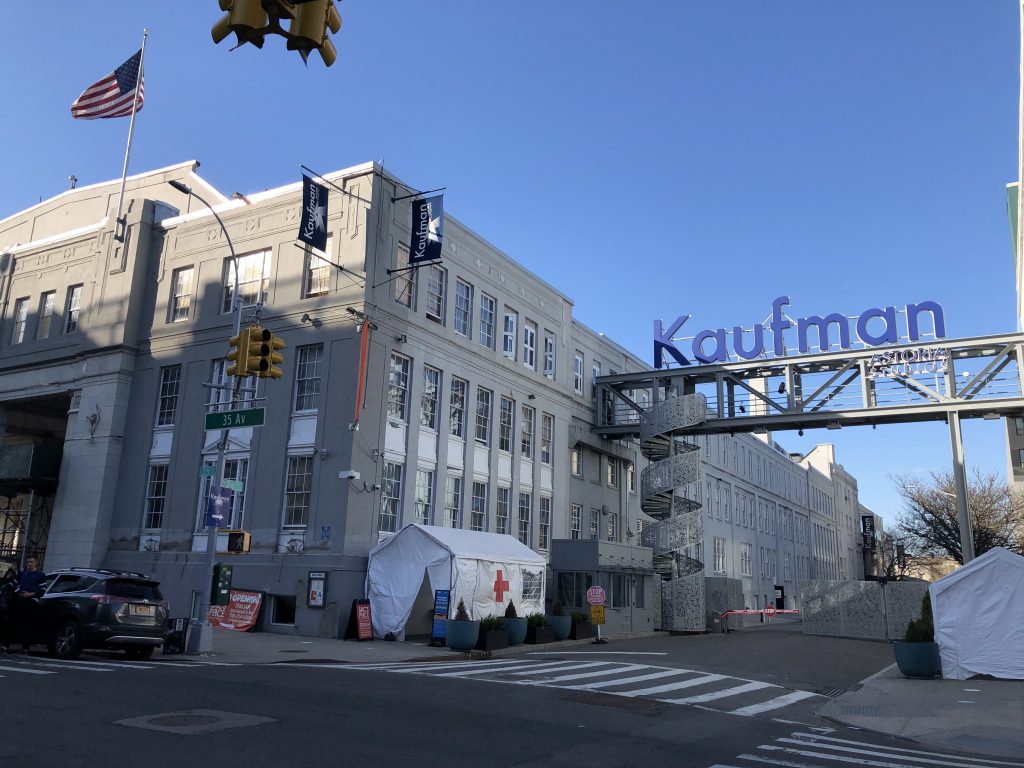 Both feature-length and short films were filmed here between 1920 and 1933, including the first two Marx Brothers films, Cocoanuts (1929) and Animal Crackers (1930). Some of the greats in silent films and early talkies even worked here, including Rudolf Valentino, W.C. Fields, Dorothy Gish and Gloria Swanson. More than 130 short and feature-length films were shot and produced here at the studios, now called either Astoria Studios or Paramount Studios, before all film production for Paramount was relocated to California in 1932.

In 1942, the United States Army Signal Corps took over the studio for the making of training and indoctrination films for the war effort, and later for propaganda purposes. Officially, the facility was known as the Signal Corps Photographic Center, and later, the Army Pictorial Center (APC). In 1977, Sidney Lumet filmed The Wiz here, the first feature film to use the studio in years. In 1978, the six contributing buildings that made up the studio were placed on the National Register of Historic Places, and in 1982, real estate developer George Kaufman leased the studio and renamed it Kaufman Astoria Studios.

By the 1980s, film and television production returned with classic films like Hair (1978), Goodfellas (1990), Carlito’s Way (1993), Moonstruck (1987), Glengarry Glen Ross (1992), The Verdict (1982), as well as many public television shows including Sesame Street and Where in the World is Carmen Sandiego?. Other classic TV programs like The Cosby Show and Law and Order have also called Kaufman “home.”