86 Logic: The artist behind the apron

For those of you who may not know, in the restaurant industry, the term “86” refers to the act of getting rid of/running out of something. For Astoria locals, Mike Ferrin and Zach Whitman, this came to mean far more than running out of waffles during a slam-packed brunch.

When Zach and Mike met in 2018, it was nothing short of kismet, with both sharing a background in the service industry as well as the arts. While decompressing over some bourbon after a hectic weekend shift, the pair found themselves discussing how to 86 themselves out of the industry. They were well aware of the not-so-secret fact that restaurants and bars alike are filled with untapped artists just like them; now if only there was a way to make the two worlds collide. Enter: 86 Logic. 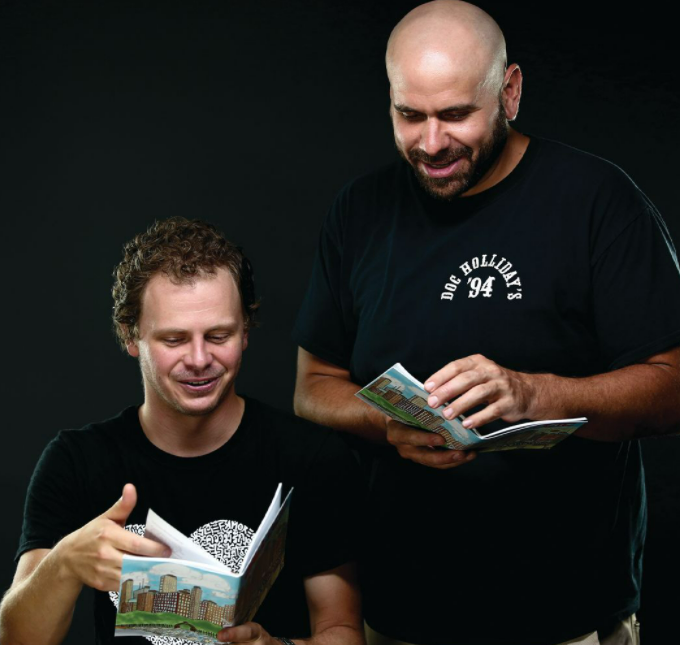 “We wanted to find playwright bartenders and opera-singing dishwashers. Give us the servers doing stand-up and pizza-delivering illustrators. Maybe poetry from porters or short fiction from short-order cooks, [and] we can’t forget the hosts who mix house, also known as maître DJs,” declares Mike in their Editor’s Note. If you’ve ever been on the other side of the table or bar, you know how draining it can be. “I had watched some of the most talented people I know start to care more about their ‘survival jobs’ and less about their craft,” says Zach. That is, until COVID hit. 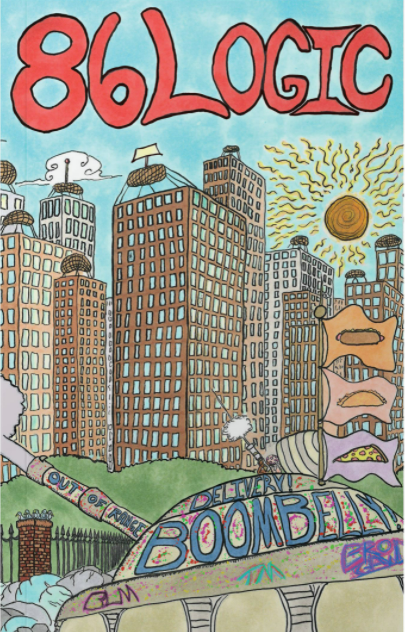 With lockdown in place, for once, everyone had nothing but time on their hands. Mike explains, “We figured there were countless other artists stuck at home, too. We decided to collect art and make a small magazine/literary journal.” But not just any ‘zine – one that featured art created by people in the service industry about the service industry. It was time they had a voice used for more than, “Can I get you another drink?”

In addition to their own work, (Mike, fiction and Zach, poetry), they called on social media and the magic of the Internet to gather more submissions. A few months and a whopping 50 pages later, their first issue was released in August 2020, all profits of which went to the Open for Good campaign: an initiative started by The James Beard Foundation to raise money for struggling restaurants.

Since its debut, they’ve published three issues and sold upwards of 600 copies, showcasing the poetry, fiction, non-fiction, photography, drawings and paintings of 54 artists from 20 US states and three countries. Their fourth issue, or “86.4,” is set to release on May 24th, but this duo has far bigger goals than the publication itself.

“Ultimately, we want to build the largest community of creatives from the service industry” and eventually expand into “digital media, live performances, and other print publications,” says Zach. Today, they continue to show as much care to their contributors as they do to the ‘zine itself by providing artists with an abundance of resources to help them balance plates and glasses in one hand and pens and paintbrushes in the other. They’re always open to new submissions, so whatever your artistic poison, don’t be shy. Check them out and 86 logic at 86logic.com and @86logic on Instagram.