It’s February, folks, and love is in the air! And, due to continued social distancing regulations, out in the open air is exactly where most people will be this Valentine’s Day. Lucky for you, Astoria is home to a multitude of great romantic locales for couples to enjoy. Here are a few of our favorite COVID friendly suggestions to ensure that you and your shave a loving yet safe holiday this year.

Gantry Plaza State Park (4-09 47th Rd.) is a12-acre riverside promenade that offers amazing panoramic views of the midtown Manhattan skyline, including the Empire State Building and the United Nations. Couples can enjoy a relaxing stroll along a choice of four piers or cuddle in the property’s beautifully manicured gardens. The park is named after two giant steel archways which were once used to load and unload goods on railroad car flatbeds and barges. Today, the gantries remain a standing monument of Long Island City’s industrial waterfront past. In fact, the city’s name is proudly  painted in huge, red letters across the top of the gantries facing the East Side of Manhattan. And, if you feel like bringing along a third wheel on your date, leashed dogs are permitted in certain areas of the grounds (just follow the signs). The park’s hours are from 8am to 10pm, seven days a week. 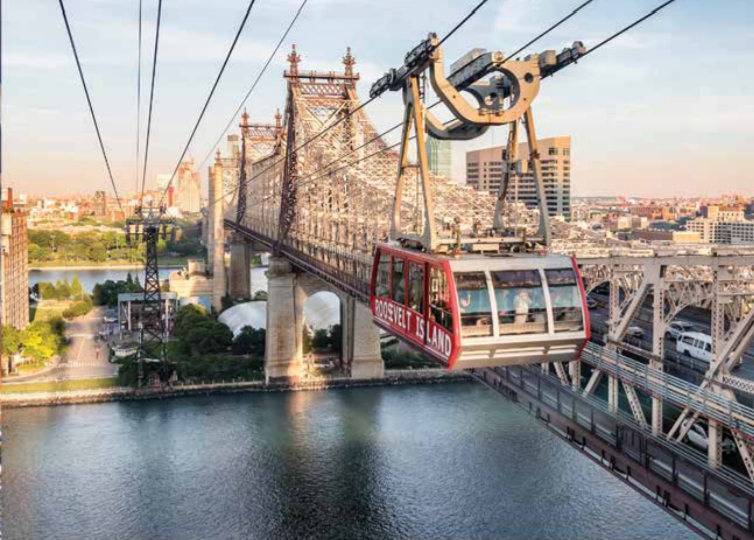 For those of you who may have a more classical sense of romance, Athens Square Park (30th St. &30th Ave.) is the perfect choice. The park is named after the capital of modern Greece and the center of ancient Greek civilization. A $1 million capital reconstruction of the park was funded by the city in 1990 and pays tribute to Astoria’s large Greek American population. Walk amongst statues of ancient Greek figures like Athena and Socrates who watch over this marble-laden amphitheater. Complete with limestone benches and chess tables, it’s the perfect date spot for relaxing with your muse in the shadow of ancient history. Looking for something a little more exciting than the average stroll? Double up on those butterflies in your stomach by taking a ride over the East River on the Roosevelt Island Tramway, over250 feet in the air. For a small fee of only $4.50 roundtrip, you and that special someone can enjoy amazing views of the city and Astoria on the most modern aerial tramway in the world. The tramway runs every ten minutes from Tramway Plaza on Roosevelt Island and travels alongside the Queensboro Bridge to 59th St. and 2nd Ave.in Manhattan. Passengers must disembark in the city and pay again to return to the other side. Only MTA Metro Cards are accepted.

Last but not least, what Valentine’s Day would be complete without a walk through one of the most famous parklands in the city? Astoria Park offers sweeping views of the East River and Triborough and Hell Gate Bridges. We highly recommend paying this outdoor gem a visit during sunset, or make a day of it and pack a blanket and some snacks. Whatever you decide, this park is surely one of the best places around to soak in the sights and sounds of Astoria (and to woo your date, of course!).