The Queen of Queens Tamales

Concepción Gonzalez has been cooking tamales every Sunday for over 62 years. The tradition is filled with love, the recipe being the same one her mother taught her in the town of Tochimilco: a part of the Mexican state of Puebla. “Cooking reminds me of family and brings me home,” says Concepción in Spanish, as her daughter, Teresita, translates.

Her journey to New York began in May of 1992 when she flew to New York City, pregnant with her first child. Her husband joined her shortly after and they moved to Sunset Park, Brooklyn, where they began selling homemade tamales throughout the neighborhood. “Monday through Saturday we would sell them at local factories and shops and on Sundays, we would go to a local church to sell them,” Concepción says. “We would cook 80 a day and never have leftovers.”

Her three children, Teresita, Luis and Carolina, would pitch in where they could in the kitchen: “I started by taking the stems off jalapeños and now I’m a cook,” says Teresita. “My mom introduced me to cooking, but I developed my passion through practice as a cook.” She is currently attending LaGuardia Community College where she majors in nutrition and culinary management. 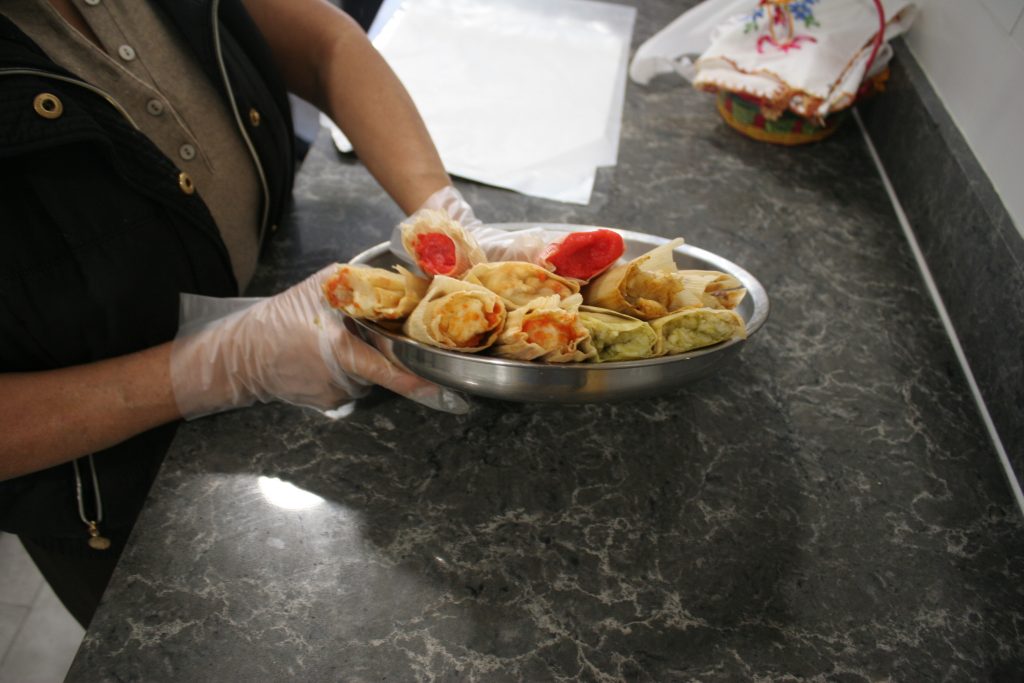 Once Concepción settled in, and with the help of her children, she started selling tamales again: Teresita would get customers through her Facebook and Instagram accounts and help out in the kitchen while Luis and Pedro handled deliveries. Luis says he is immensely proud of his mother for continuing the family tradition: “She has made a life with her hands and shows there are many ways to get to the top. I always joke with her [that] she has had more articles written about her than I have degrees,” adds Luis.

They do custom orders for each patron and have vegetarian options as well. One tamale looks and feels like a cake: dyed dark pink with a soft texture and filled with raisins. Another is filled with chicken and smothered in a mild salsa verde sauce that mixes perfectly with the masa dough. The final two tamales use a mole sauce which is not spicy and Rajas which is a spicy red sauce with jalapeños.

After trying Concepción’s tamales firsthand, I could taste the motherly love in every bite. If you would like to place an order, follow their business page on Instagram @tamalli___.