This story is developing…

Residents were awakened to the sound of multiple vehicles crashing into each other when what was believed to be a stolen car sped down 38th St. & 28th Ave. yesterday morning. Fortunately, no one was seriously injured. However, severe damage was inflicted upon two cars, while a handful of other parked vehicles showed signs of the crash through dents and scratches.

The aftermath of the crash can be seen in the photo below, taken by Robert Ramos via the Astoria, Queens Facebook group: 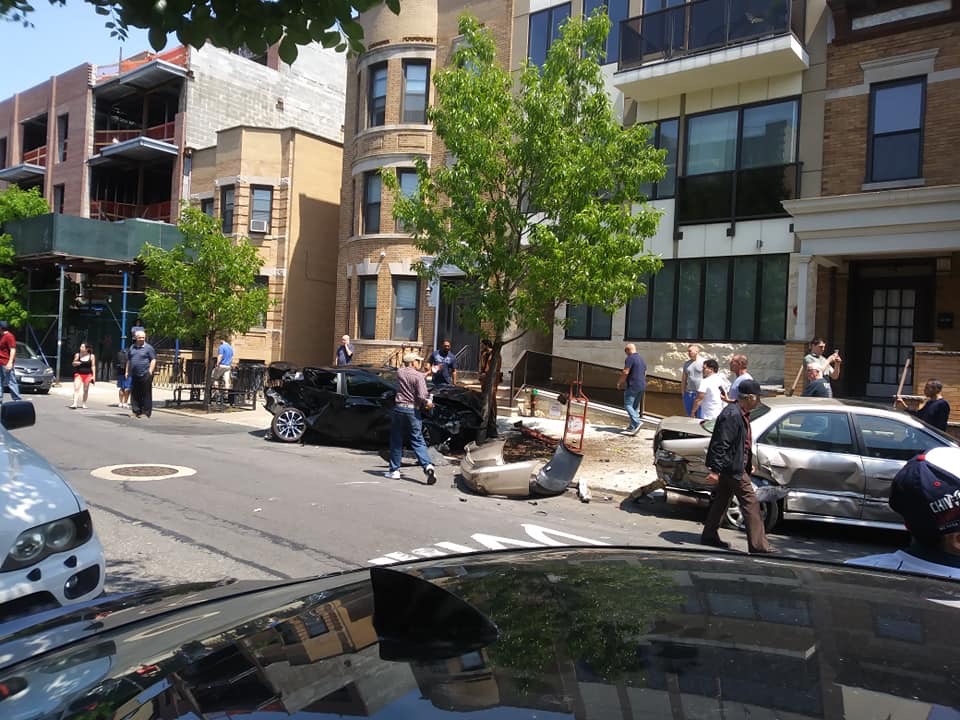